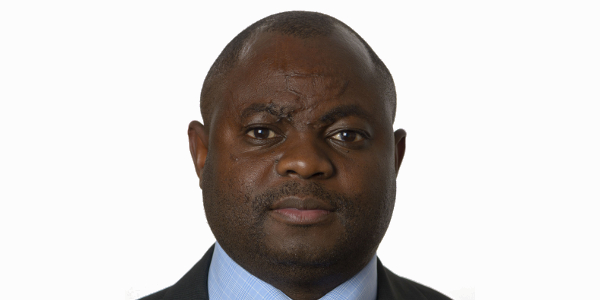 Sovereign wealth funds (SWFs) are increasingly becoming major sources of finance in many countries. Commonly established from balance of payments surpluses, foreign currency reserves and fiscal surpluses, global SWF assets under management have grown rapidly in recent years, topping US$7.2 trillion in 2015, more than double the asset base in 2008. African countries have joined the international trend in establishing SWF in recent years, with assets under management now over US$159 billion (6.4 percent of Africa’s GDP).

The rapid growth of SWFs in Africa has been catalysed by high commodity prices from the early 2000s till 2014, coupled with the recent discoveries of oil, gas and solid minerals in countries like Kenya, Uganda, Tanzania, Mozambique and Guinea, and strong economic growth in most countries. Despite the plunge in oil and commodity prices since 2014, SWFs continue to increase both in number and in assets under management.

At the same time, Africa has huge infrastructure gaps which are constraining growth. The World Bank estimates that about US$93bn is required annually to meet the continent’s infrastructure needs, but only half of that amount is currently being met. Booming population growth and increasing life expectancy across the continent is pushing up demand for utilities such as water, power, roads and telecommunications, which few countries are providing in sufficient quantities. About 19% of roads in sub-Saharan Africa are paved, compared with 27% in Latin America and 43% in South Asia. Some 57% of the population in Africa lack access to electricity and about 30 countries face regular baseload power shortages, resulting in the payment of high premiums for emergency power.

The proportion of people with access to improved water sources is 68% in sub-Saharan Africa compared with 94% in East Asia and 95% in Latin America. Inadequate infrastructure is raising the cost of doing business, hindering trade integration and constraining growth. The poor state of infrastructure is estimated to reduce growth by two percentage points every year and cut business productivity by as much as 40%. Africa’s firms lose 5% of their sales due to power outages and this figure rises to 20% for firms in the informal sector.

SWFs are well positioned to finance infrastructure, for several reasons. First, they have a long-term investment horizon, and can provide long-term capital which is necessary for infrastructure financing. Second, they usually have limited or sometimes no explicit liabilities (since they are usually drawn from the fiscus), in contrast to other institutional investors such as pension funds. Third, infrastructure provides reasonably higher and inflation-protected yields, coupled with lower correlation to other financial assets, which implies lower risk. Fourth, once constructed, infrastructure assets are less vulnerable to economic downturns and can hedge against inflation compared with other assets which are more cyclical. Fifth, SWFs are better positioned to channel resources for economic diversification and development, given their size and ownership structures. Given Africa’s demographics and infrastructure financing gaps, channeling SWF resources towards infrastructure is a positive step towards building above-ground assets for future generations.

Asset allocation of African SWFs is largely determined by their mandates, which include economic stabilisation, intergenerational savings accumulation, buffers against economic shocks, wealth diversification and economic development (e.g. infrastructure and industrial development). In addition, economic outlook, fiscal situation, market trends, investment beliefs, regulations, risk appetite and liability considerations also influence investment decisions of SWFs. About 78% of African SWFs assets were invested in fixed income assets in 2015, while about 33% were invested in infrastructure, reflecting the dominance of the stabilisation role in Africa.

There are many opportunities for investing in Africa’s infrastructure. Africa has abundant natural resources (10% of world reserves of oil, 40% of gold, 80-90% of chromium and the platinum group of minerals, 60% of uncultivated arable land) which provides ample opportunities for infrastructure investments in resource extraction and industrial beneficiation sectors. The continent is also undergoing rapid urbanisation and its relatively young labour force and growing middle class provide opportunities in real estate, telecommunications, energy and water and sanitation sectors. Returns on foreign investments in Africa have been estimated to be higher than in other developing regions of the world, which could be the case for infrastructure investments, considering the existing huge infrastructure gaps, especially in energy, transport and water and sanitation.

SWFs can certainly play an important role in financing infrastructure development in Africa. For this to be possible, African SWFs need to have clear objectives and ensure that their investment strategies are consistent with their set mandates. Since SWFs are often created by governments, they can make efforts to allocate a sizeable portion of assets towards infrastructure investments as exemplified by Ghana, Nigeria and Angola. African governments can also promote infrastructure investment by demonstrating commitment to investor protection. This can be done by showcasing successful infrastructure projects which can be considered as reference points by other SWFs outside Africa or by private investors. Addressing data gaps can also help to measure and manage risks in infrastructure investments in Africa, and hence unlock more funding for the sector.

The full version of this paper is available here: Sovereign wealth funds and Infrastructure development in Africa