Businesses in East Africa have witnessed ups and downs over the last 12 months. While the region was tipped to record high growth levels and did attract foreign investment, unpredictable events like an airport fire and terrorist attack in Kenya got stakeholders worried. Nonetheless, Yaw Nsarkoh, managing director of consumer goods company Unilever East and Southern Africa, praises the achievements made this year. 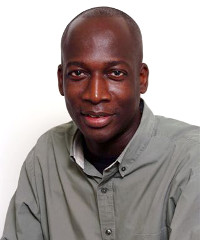 Nsarkoh, who oversees nine markets in Africa, told How we made it in Africa that the year was “exhilarating in many ways” despite the slowdown in the first quarter caused by Kenya’s March presidential election and poll petition that dragged into April.

“It has been a year that has tested business, the resilience of business and the capacity of business to survive at a time like this. I look back with some amount of joy that we have been able to navigate waters that are this turbulent and we are actually now talking about planning for 2014,” says Nsarkoh. “It just shows that we are becoming more resilient as leaders… It is also great to see that business has built muscles that can withstand these sort of tests.”

Unilever is an Anglo–Dutch multinational consumer goods company that operates in more than 100 countries globally with a range of over 400 home, personal care and food brands.

Nsarkoh cites a spat of the global economic meltdown in the fourth quarter and VAT restructuring in Kenya as having affected liquidity and consumption. While businesses can easily plan for the effects of an election on purchases, Nsarkoh argues there were unpredictable events that had detrimental effects on business.

“There is absolutely no way we would have thought about a distraction like Westgate Mall happening and the fact that one of the major retail chains (Nakumatt Holdings) would be affected that way. But even more the sort of impact that it has on society… Kenya has bounced back [and] people have started going back to the malls. That shows certain strength.”

Adapting to a VUCA world

According to Nsarkoh, a VUCA world is “the new normal” and what businesses need is the capability to navigate.

“In an environment like that there are some basic things that you need to do and do well. One of them is to understand the loyalists of your brands and make sure that the business is absolutely focused on providing solutions that improve people’s lives. If you can do that in a manner that is backed by a business model from which you can claim viability then you have a business going.”

He adds that businesses should be driven by purpose citing Unilever’s Sustainable Living Plan, which aims to double the size of the business while reducing its environmental impact and increasing its positive social impact.

Unilever faces intense competition in the region from both local and international manufacturers. Nsarkoh notes that the company is focused on understanding its consumers and offering value.

“It is important to be aware of your competitor but anyone who focuses on the competitor soon loses their way,” he says. “I think that you should be careful to guard against complacency.”

Nsarkoh attributes increased investor interest in the consumer sector in Africa to the much talked about rise of the middle class, adding that there is still opportunity for market development.

“The big opportunity in Africa is not necessarily a battle for market share. It’s about turning non-consumption into consumption. [It’s about] bringing people into new categories [such as] people who have money who are not brushing their teeth twice a day because they believe that brushing once is enough. Explaining to them that [brushing once a day] is not significantly useful… you sell more toothpaste but you also get more healthy lives.”

“If you look at the demographics they tend to favour Africa. If we scan Africa in the last 10-15 years, the progress has been in the right direction with those metrics.”

Not yet out of the woods

“[However], the fact that Africa still has geopolitical challenges if you look at what happened in South Sudan this week is a reminder that we are not totally out of the woods,” says Nsarkoh in reference to Sunday’s coup attempt against President Salva Kiir.

Looking forward to 2014, Nsarkoh argues that business leaders should build a certain degree of dynamic planning to be able to deal with issues as they emerge. He warns that “anyone who takes the reality of the market for granted will soon have to decline”.

Nsarkoh advises leaders to stay close to the market, read trends and look not only at challenges but also at opportunities.

“Being able to see ahead is important but even more critical is having the dynamic capability to be able to adapt to the realities of the VUCA world as they happen.”