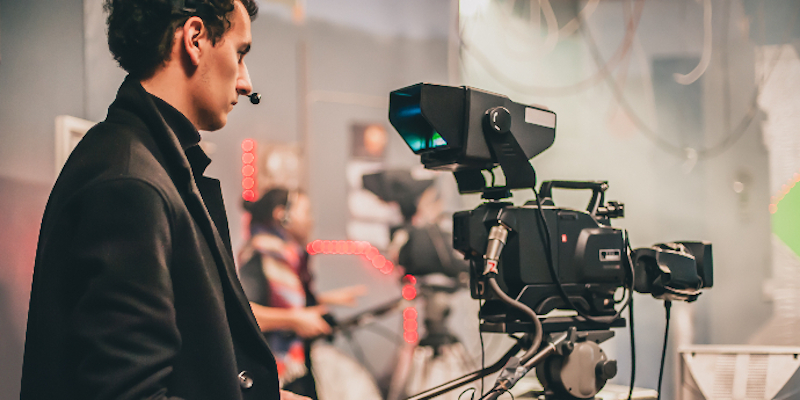 Researchers from the UCT Graduate School of Business (GSB) have taken top honours in a prestigious international case writing competition, for their teaching case on the challenges of financing digital entertainment.

The 11th Emerald and Association of African Business Schools Case Writing Competition has been won by a team from the University of Cape Town’s Graduate School of Business (UCT GSB) for a teaching case study on SA animation pioneer Triggerfish Animation Studios. This is the fifth time the UCT GSB has won this competition in the past six years.

Written by MBA candidate Craig Lowman, Associate Professor Mikael Samuelsson and Professor Geoff Bick, the case looks at how films are funded in South Africa and how investors can recoup returns, as well as the impact that video-on-demand platforms, such as Netflix and Disney+, is having on the traditional models of filmmaking.

Samuelsson said he was delighted about the win. “I think it’s important to showcase emerging market players in the film industry competing on the global stage against Hollywood big-hitters. The challenges they face are considerable and their story needs to be told in order for solutions to be developed.”

The question of the “recoupment waterfall” is a case in point, he adds. “This is where the producers and investors of a film recoup their investments and earn returns. Many studios fall victim to a form of creative accounting, which leaves them last in line in the payment waterfall. It is so pervasive in the film industry that it has earned its own moniker, ‘Hollywood Accounting’,” he said.

The box office hit Star Wars: Return of the Jedi was an example of “Hollywood Accounting” in action. Despite the film earning $425 million at the box office against a budget of just $32 million, it had never gone into profit according to its producers, Lucasfilm. By minimising or completely wiping out profit, the producers or distributors were able to diminish taxes and reduce payments to those in the waterfall.

The rise of the digital networks such as Netflix are a further challenge, added Bick. “These networks are less risk averse than traditional studios and have sought out global partners and stories that break the mould,” he said. “In recent years, box office hits like Frozen, a female-led film, and Black Panther, with an all-black cast telling an African and African American story, have created a demand for content that wasn’t there a decade ago. Tastes have shifted and there is now a demand for stories and perspectives that weren’t previously well-covered, such as those that are African-centric.”

Triggerfish, the South African animation studio that created Adventures in Zambezia and Khumba, two of the highest-grossing South African feature films of all time, has weathered these challenges well, which is what makes it such a great candidate for having its story told, said Lowman. Founded in 1996, the company animated the Oscar-nominated Roald Dahl adaptation Revolting Rhymes and is currently producing their third feature film, Seal Team, and Netflix’s first African animated TV series, Mama K’s Team 4.

“I feel very fortunate to have had the opportunity to help tell their story and honoured to have this recognised with this award,” he said.

Now in its eleventh year, the long standing competition collaboration between Emerald and the Association of African Business Schools (AABS) was established to encourage and promote the development of high-quality teaching cases that are grounded in the realities of dynamic and emerging economies whilst promoting case-writing capabilities in Africa.

Gabi Rundle, Cases Publisher at Emerald said, “With the rise of experiential learning, case studies remain a fundamental teaching tool in every subject area within the business school discipline. Those cases with a local focus are critical to developing business school curriculum. Both Emerald and AABS are devoted to developing high-quality cases focused on the region, and we were incredibly impressed with the excellent examples we saw throughout this year’s competition which saw us receive submissions from across Africa.”

Claire Barnardo, Case Writing Centre manager at the UCT GSB said, “We are thrilled to be recognised for the type of research we are doing at the UCT GSB.” She said the teaching case had not only been well-written and informative, but also contained clear learning objectives for the classroom with videos and interactive content that would make it a fun classroom exercise.

The UCT GSB Case Writing Centre was established in 2016 with a joint investment from the Harvard Business School Alumni Africa Club of SA and the UCT GSB, and set out to produce and publish teaching case studies that reflect the African and emerging market context.