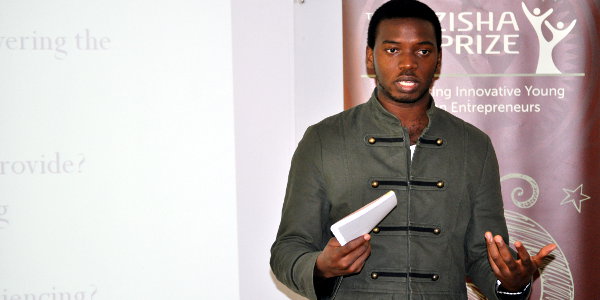 “You have to choose whether to aim for greatness at the risk of failure, or settle for mediocrity while hoping you eventually get lucky and get a break,” says Nigerian entrepreneur Chukwuwezam Obanor.

Technology has the potential to solve many of the continent’s challenges. But the fast-paced tech industry can also be highly competitive, and entrepreneurs often face common challenges.

Here are three tips from young African techies on how to turn an innovation into a successful business.

1. Be aware of possible failure, but don’t let it paralyse you

The tech space can be highly unpredictable, with the chance that today’s latest innovation can be replaced by tomorrow’s next big thing – a scary thought for those that risk all to turn their ideas into reality.

This is a fear young Nigerian entrepreneur Chukwuwezam Obanor admits to know all too well.

He is the co-founder of Prepclass, a database of study content to help prepare prospective university students for their Joint Admissions and Matriculation Board (JAMB) exams.

The start-up was named one of Fast Company’s top 10 most innovative companies in Africa for 2014, not long after being launched. But in the beginning Obandor admits one of the most difficult decisions he ever made was quitting his job to focus on developing Prepclass full-time. Both he and his partner had tried to work on their dreams while also holding down secure jobs, but soon realised that it required their full attention. And this meant giving up a stable salary.

According to Obanor, he was prepared to face many challenges as an entrepreneur, but the struggle of self-doubt surprised him. “It’s something I had never heard of or thought about as a challenge before becoming an entrepreneur, because it seems so few people talk about it.

“There is the challenge of not knowing if or where your next sale [will] come from, or sometimes not being sure you are engaging in the most rewarding kind of business. Or if your business will actually survive or thrive long enough to become successful. Finally [there’s] the fear you are rejecting opportunities that look really lucrative to chase something that is still only a dream.”

However, he notes that these are natural fears, and he has learnt to try stay positive so that his doubts don’t end up affecting his team and business operations.

“I decided I would try to build a company of my own while I’m young and still have the liberty to take the risk,” he continues.

“You have to choose whether to aim for greatness at the risk of failure, or settle for mediocrity while hoping you eventually get lucky and get a break.”

2. Make sure you understand your industry, and be creative

Ugandan Titus Mawano is the entrepreneur behind Ffene, an award-winning business management platform for African SMEs that assists with accounting as well as customer and inventory management.

He says it is a myth that a person simply needs money and connections in order to be a successful entrepreneur. “It’s all about good strategy and improvising with what you have. Really, the [best tool] is creativity. If you are a creative person, then you are going to figure it out.”

However he advises entrepreneurs to make sure that they start researching their industry before launching.

“It means thinking about the kind of industry you want to work in, analysing that market and just amassing information. Information is power, and if you have a dream of starting a certain enterprise, it’s time to start researching that now.”

3. If you don’t have business know-how, hire someone who does

Togo’s Sam Kodo has always had a brain for robotics and computers, having built his first robot by age seven. Today he is the founder of Infinite Loop, a company that produces low-cost PCs for students. But although he ‘gets’ computers, he has learnt it takes much more to operate a start-up. And to make up for some of the business skills he might lack, he believes in surrounding himself with strong team members.

“Bill Gates or Mark Zuckerberg might not have particularly been good businessmen or good administrators or even good at marketing, but what they did was surround themselves with people who have the competencies and skills to turn their [innovations and computer skills] into a company.”

Kodo says he and his business partner have complementary skills, which they use to make joint business decisions.

“When you choose a business partner, choose someone who complements you – not someone with the same skills.”

The above tech entrepreneurs are previous finalists of the The Anzisha Prize, a competition which recognises and celebrates young African entrepreneurs who are using entrepreneurship to solve problems in their communities.