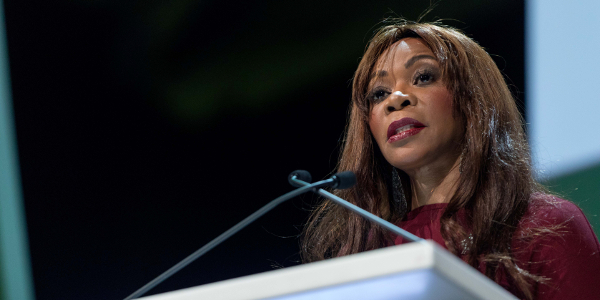 “According to the World Trade Organisation, trade growth has declined every year for the past 10 years, and we are continuing to see an increase in the number of protectionist policies led by the 20 largest economies around the world.”

So says global economist and author, Dambisa Moyo. Speaking at the 2017 Investing in African Mining Indaba in Cape Town yesterday, she noted that as many as 644 new discriminatory trade policies were introduced globally during this period – largely by the US. This trend will likely only heighten under US President Donald Trump’s “America First” foreign policy programme, which is focused on protecting US economic, trade and national security interests.

“We have actually seen a situation where the withdrawal of capital around the world, particularly from the emerging markets, has been so significant that the last time that we saw such a decline in cross-border capital flows was 1988.”

This is predicted to continue as the US Federal Reserve is expected to raise interest rates by 75 basis points over the course of this year. Higher interest rates could draw investors back to the US, resulting in an outflow of capital from emerging markets, which are perceived as more risky.

What does it mean for African mining?

According to Moyo, US interest rate hikes (and the resulting strong dollar) will have a troubling impact on African governments, as well as their mining industries, as they look at how to fund their own development agendas and infrastructure requirements. This is particularly the case for the 16 African countries which hold dollar-denominated debt – and will now face higher costs on that debt.

In theory, a strong dollar should offer a boost for African commodity exporters. But Moyo explained that today’s trade protectionism policies and the US’s expected border taxes means that sovereign debt issuers will struggle to increase their export proceeds when they need it most. For American refinery companies and importers, an expected 20-25% border tax is a major concern.

Africa’s mining industry could also be affected by weaker demand from China if the US adopts a similar aggressive protectionist stance with the Asian powerhouse as it is looking to do with Mexico. If it does, Moyo says the US could cause a Chinese slowdown, and this would have a significant impact on the continent’s commodity producers.

“As we think of the trade balance between African countries and places like China and the Unites States, this is an important piece of the question that counties are going to have to grabble with – in terms of how it is that they are going to survive in an environment where there is deglobalisation and less opportunity to trade, particularly with commodities.”