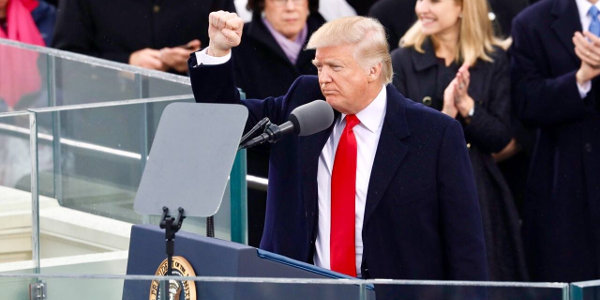 US president Donald Trump is now in his sixth month in office, since his inauguration on 20 January. So far, he has been actively pushing forward his ‘America first’ campaign rhetoric by revoking laws that seem to be business unfriendly, as well as signing a wide range of presidential executive actions, encompassing trade, immigration, and the climate, among others. As for Africa, besides phone calls to the Egyptian, Kenyan, Nigerian and South African presidents, there has been a deafening silence, so much so that African leaders are wondering whether the Trump administration is adopting an ‘Africa last’ policy.

When the former US president Barack Obama was elected into office, Africa had great expectations from the first African-American president with Kenyan roots, thinking that the continent would for once be high on the agenda of the US. At the end of Obama’s eight years in office, his Africa legacy has been relatively mixed. Nevertheless, Barack Obama has indeed put Africa on the radar of the American business community.

During his two terms in office, Obama made five official trips to Africa, visiting seven different countries. During his first year, he visited Egypt where he made his speech, ‘A new beginning,’ to build bridges between the US and the Muslim world. Out of the 1.2 billion people in Africa, slightly more than half are of the Muslim faith. Subsequently, he went to Ghana, where he depicted an Africa on the move and urged Africans to take control of their destiny. It was mainly during his second term in office that he earnestly pushed forward more constructive initiatives related to the continent.

During his third official visit to Africa in 2013, Obama launched the Power Africa initiative, aimed at producing electricity for 60 million African households and businesses by 2030. In 2014, he initiated the US-Africa Business Forum. It was again organised in 2016 and about 50 African leaders, with their respective delegations, had the opportunity to meet with Obama, as well as many US leaders in the public and private sector. Moreover, in 2015, Obama extended the African Growth and Opportunity Act (AGOA) by another 10 years, thereby reaffirming America’s commitment to Africa.

Declining US trade with Africa

As for American companies, General Motors recently stunned Africa by completely exiting the market. After more than 90 years, GM is leaving South Africa and is divesting all its operations, including its Kenyan assembly, to Isuzu. As for Walmart, after its $2.5bn investment in Massmart in 2011, growth has been tepid, compared to the other local players like Shoprite. Moreover, due to the sharp depreciation of the rand, the value of Walmart’s investment is in the red, dropping by more than 70% in US dollar terms.

For oil majors, Chevron sold 75% of its South African assets to China’s Sinopec for $900m, while Exxon Mobil sold 60% of Mobil Oil Nigeria for $129m. If the US does not engage more actively with Africa, American companies may eventually perceive African countries as unattractive trade and investment destinations.

According to the US Energy Information Administration, crude oil production in the US has been on a decline since 2000, reaching its lowest level of 1.85 billion barrels in 2008. Subsequently, with hydraulic fracking of shale, oil production increased dramatically by about 76% to reach 3.25 billion barrels in 2016, with about 48% from shale. As for shale natural gas, it rose from 2,116bn cubic feet in 2008 to 15,213bn cubic feet in 2015, an increase of 719%. At the same time, major oil producing countries like Algeria, Angola, Libya and Nigeria exported a combined $9.9bn worth of oil and gas products in 2016, a drop of 85% from $66.2bn in 2008.

To make matters worse, since 2014, prices of oil and gas dropped significantly. According to the latest July Pink Sheet released by the World Bank, the 2016 annual average of crude oil prices has dropped by 56% compared to the 2014 average. Although crude oil averaged at about $50 a barrel over the last two quarters, the global oil glut is not going to disappear any time soon.

As far as supply is concerned, we are finding that oil drilling activities in the US are increasing, in addition to a continued increase of shale oil production. To aggravate matters, some oil producing countries like Russia are also unwilling to cut back further production. As a result, oil producing African countries will unfortunately be facing low prices for their oil in the short to medium term. Hence, since the US-Africa trade is mainly related to oil and gas, the oversupply in the world markets is and will continue to exacerbate the decline in trade.

Among the many executive actions signed by Trump, the Dodd-Frank Section 1502, that covers the use of conflict minerals by American public companies, has been repealed. Under this rule, these companies must ensure that minerals used in their final products do not come from conflict zones. Africa is not only rich in minerals, but many of these mining areas are still unstable. For instance, with the increasing use of smartphones and electric vehicles, there is an increasing demand for cobalt, mainly found in the Democratic Republic of the Congo. As a result of Trump revoking this rule, there is less of an incentive for US companies to resist sourcing from conflict areas, and therefore many African countries face the risk of falling back into conflict again without being punished economically.

Another rule repealed by Trump is the Dodd-Frank Section 1504, the Cardin-Lugar rule, also known as the ‘Publish What You Pay’ law. It was meant to combat corruption by forcing US listed energy and mining companies to publish all payments made to foreign countries. The result of this executive action is that in the name of maximising profits, these companies may undertake course of actions that will lead to an increase in corruption in Africa, as well as in the plundering of its many natural resources.

As for foreign assistance to Africa, the US spent $8bn in 2016 for various programmes encompassing people, health, education, peace and security, as well as others. For 2017, it is forecasted that the amount for assistance to Africa will drop to about $7.1bn and for 2018, the US Department of State is budgeting an even lower amount of $5.2bn, a drop of about 31% from 2016.

In words but not in action

With the new Trump administration in place, it will seem that America is paying lip service to Africa. This was particularly obvious during the 11th US-Africa Business Summit last month. While the US Commerce Secretary, Wilbur Ross, was positive that the US-Africa trade increased by $10bn, from $38.6bn in 2000 to $48.8bn in 2016, the president of the African Development Bank, Akinwumi Adesina, reminded and pointed out to his audience that the US-Africa trade has in fact peaked – Africa’s exports at $113.5bn in 2008 and America’s exports at $38.1 in 2014 – and is now on a decline.

Moreover, the diplomatic snafu in April by the Secretary of State Rex Tillerson, when he invited the African Union Commission Chairman Moussa Faki to Washington only to turn him down at the very last minute, may not only squander the huge diplomatic goodwill accumulated among the African countries by the previous Obama administration, but also give the impression that Africa is no longer on America’s main agenda. Topping it all off, President Trump walked out of the Africa session during the last G20 summit in Hamburg, Germany.

Like what former New York mayor Michael Bloomberg previously said, America is ignoring the African continent at its own peril, so much so that it may eventually be ‘America last’ to the Africa growth story.

Richard Li is a partner of Steel Advisory Partners, Singapore. This article was written specifically for the NTU-SBF Centre for African Studies, a trilateral platform for government, business and academia to promote knowledge and expertise on Africa, established by Nanyang Technological University and the Singapore Business Federation.