Mitchell Elegbe is the founder and group managing director of Interswitch Limited, an integrated payment and transaction processing company. The now pan-African company was founded in Nigeria in 2002, and provides technology integration, advisory support, transaction processing and payment infrastructure services to governments, banks and corporate organisations. 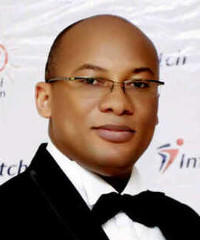 This month, Elegbe, who is no stranger to recognition for his success with Interswitch, was awarded the Transformational Business award by the African Leadership Network at the 2013 Africa Awards for Entrepreneurship. The award is in recognition of a notable business leader who has created significant socio-economic impact in Africa by building a business with revenues greater than US$50m.

In an interview with How we made it in Africa Elegbe said that, like many companies in Africa, one of the biggest challenges Interswitch faces is access to talent, adding that electronic payments is not something studied in university and, since it is a relatively new concept in Africa, there are few jobs and other companies in the sector from which you can recruit.

“You basically have to train people that are straight from school – invest in them, invest in training,” said Elegbe. “The second challenge is, once you have invested in them, you have to have ways of retaining them. Electronic payments are growing rapidly in Nigeria and what we are finding is a number of [competitors] that are looking for talent.”

According to Elegbe, the best strategy to retain employees is to “create an environment for staff that gives them confidence in themselves to excel”.

“And the way we have done that is to use a combination of tools and resources to create what I call an incentive work environment.”

1. Invest in their career

“At Interswitch we see investment in human resources as something we take very seriously. We believe that investment in people is a good strategy… Training is a continuous process and you have to have a sustainable model for training,” emphasised Elegbe.

Interswitch has a division dedicated to training their staff, as well as third party individuals in their business operations.

Elegbe added that by investing in an employee’s professional development, you are showing them that they can build a future in the company.

“I can see, across Africa, that there are very intelligent people and you just need to create the kind of work environment that will give them the type of skills that they can have to excel.”

“I know that people say the generation of this day is all about the money, but that is not the experience we have had at Interswitch,” said Elegbe. “What we are seeing is a group of young people who want to make a difference and they are looking for an environment where they can make that difference and improve their society.”

He explained that for many people, an important incentive for work is the sense that they belong to an environment in which they can have a positive effect on society. By showing employees that they can contribute to the development of society, they will feel like their work is more than just a nine-to-five job.

“The first thing that we do is to create an incentive structure that is based on performance,” continued Elegbe.

He explained that Interswitch has profit sharing policies that are tied to performance that reward hardworking employees, and allow them to achieve additional earnings if given targets are met.

“So those three areas are the things that we have done to retain talent in Africa,” said Elegbe, adding that he first started the company with nine staff members and, after 10 years, he felt gratified by the fact that they were all still working at Interswitch.

“And they are all in leadership positions. What that basically means is that there was something we did very well that would make people stay with a company for 10 years. Most of them were fresh from school. They have never worked anywhere else in their lives and were able to stay with us for 10 years and they have all risen to be in leadership positions. So investing in people and allowing people to achieve their dreams and aspirations in their positions, to me, is one way that I describe success,” concluded Elegbe.