Kenya’s low cost film industry – dubbed Riverwood after Nairobi’s River Road area – has flourished in recent years, but is still dwarfed by Nigeria’s Nollywood. Lizz Njagah, one of Kenya’s leading TV and film actresses, has been active in both industries. Njagah has acted in long-running soap opera, ‘Tinsel’, as the character Tare Duke. She recently also co-started a film production company and is developing a Kenyan reality TV show. How we made it in Africa’s Dinfin Mulupi asks Njagah about the challenges of investing in African films and what Kenya needs to transform the industry. 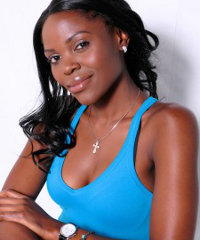 How did you get started in this industry?

I got a two year scholarship at Phoenix Players in Nairobi where I studied everything from acting, directing, production and stage management. It was unconventional training. We were not studying for exams but [rather] to really hone our skills in film and theatre. I have always been interested in acting. My parents initially wanted me to go to campus after high school, but I objected to this because it would have been a waste of time. There were no drama schools in Kenya at the time, after all. We did not have money to send me to the US. So when I got the scholarship, I took it.

What was your big break?

‘Tinsel’ was my big break. It let Africa know about me. ‘Tinsel’ shows across the whole of Africa and in some American and European countries. I have worked on many films, movies and theatre productions in Kenya and East Africa.

You are also an investor in the film industry. Tell us about that.

My husband – a director – and I started a production company last year. One of our projects was the movie ‘The Return of Lazarus’, which premiered last year. We filmed it in Greece. We also produced Me, My Wife and Her Guru’. We are also currently working on a reality show called ‘Meet the Konstantaras’. This will be Kenya’s premier reality show. It follows the lives of my husband Alex Konstantaras and I. We are a Greek and Kenyan newly married couple. The premise of it is the fact that many Kenyans watch reality TV shows. So why not? We do not have to be as dramatic as American reality TV shows because Kenyans are a bit conservative.

Our production company is planning to do several films. We are also in the early stages of developing a sitcom. The hardest thing now is convincing corporates to sponsor the production. In Nigeria, corporates are very willing to sponsor films, but not so [much] in Kenya.

Has Kenya fully exploited its potential in the film industry?

No. How many films come out every year? In Nigeria, every day there is a film being released. We are not even scratching the surface. This industry has the potential to create thousands of jobs.

We need a lot of local support. Kenyans need to grow beyond watching Nigerian films. Yes, let’s watch Nigerian, but also Kenyan productions. We need people to buy our DVDs and watch our films on TV. I know people say they want Hollywood standards. But, come on, we can’t do Hollywood standards without support. We also do not have distribution networks. The thing is, no one wants to sell pirated Kenyan films because they will end up in trouble. We would have wanted our movies to be pirated so all Kenyans would have access to them. We need our films to get to the people, even if it is through piracy.

What else is needed to transform Riverwood?

We are not just thinking Kenya but Africa as well. What makes the Nigerian industry so profitable? It’s because they have a population of over 150 million people. We don’t have those kinds of numbers and not everyone has a TV anyway. We are looking at around 100,000 people out of Kenya’s 40 million population. That is not enough. We need at least two million people to make any profit.

We need to think East Africa to reach more people. Musicians have done it. They are making a lot of money, although most of it is from appearances. We just need to get people to buy our productions.

Any advice for potential investors in the film industry?

They just need to have passion. Even if the film doesn’t make money, it is an investment. Eventually this industry will make money. Right now, the industry needs people who are brave enough to make films, not for short term gain, but with long term thinking.