As a foreign company operating in the African business space, having the tacit backing of politically or socially influential local partners can lend greatly to achieving success. The convergence and overlap of business and politics is often so entrenched that companies are willing to adopt strategies which both cater for and take advantage of this dynamic. 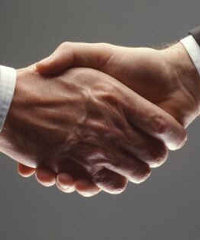 This does not only apply to those companies seeking out government contracts – any company can ostensibly benefit from having a well-placed local partner to endorse their business and provide exposure in a new market. However, as the continent continues to break new commercial and investment ground, it is time that businesses desiring a sustainable Africa venture begin to think differently about issues of political exposure in Africa.

This is a real life example of the potential pitfalls: a prominent foreign investor sought out a partner for a West African investment project a number of years ago. Partnering with an established local businessman appeared to make good business sense – he was educated at a top American university, with homes in multiple cities and business interests across much of West Africa. His profile afforded the investor access and influence. The problem? Upon a deeper inspection by a specialist firm, the investor realised he was not fully aware of who he was dealing with and lacked a frank, on-the-ground assessment of his potential partner. It was determined that the businessman had been sanctioned by the Liberian Truth and Reconciliation Commission for funding the National Patriotic Front of Liberia and Charles Taylor in the early days of the civil war from 1989 onwards. His friends included ex-NPFL ministers, some of whom were sanctioned by multinational authorities and who appeared on travel and assets freeze lists. Whilst this is only an example, there are countless instances of foreign companies forging links with politically-linked locals with varying degrees of exposure and clout. Not fully understanding the extent of their exposure, what it means in a local context, how it may reverberate in an international context and how quickly benign exposure can become adverse is a risk not many companies can afford to take.

A politically exposed person, or a “PEP”, as they are known in compliance and regulatory circles, falls under the category of individual who has direct or indirect links to government, political parties, state-owned enterprises or indeed a person with family or hereditary links to such individuals. In some cases, a lack of suitable local business partners can lead foreign companies to select a politically exposed person to fill the role in the hope that they can potentially benefit from their exposure – often in lieu of business acumen and the ability to deliver value in the traditional business sense. This is coupled with the fact that government officials, politicians and of course politically exposed persons in general are not explicitly prevented from having concurrent private business interests in most African jurisdictions. Choosing a local partner solely based on influence and political clout poses risks in itself. Similarly, choosing a politically exposed business partner can backfire in the event that the business relationship sours or as a result of changes in government and circles of political influence.

The less obvious risks, however, have more to do with issues of corporate governance and reputation management. Actively engaging with politically exposed individuals is not an outright liability. However, a high-profile and politically exposed business partner is typically open to wider public scrutiny and their business activities and links can be brought under inspection by local and international authorities. From a reputation management point of view, these are eventualities that need to be considered by all companies operating in proximity to or in direct association with politically exposed individuals.

Bribery, corruption and inadequate business standards can open unsuspecting foreign businesses to unnecessary and unavoidable risks. Importantly, these risks should also be considered in light of constantly evolving anti-bribery legislation across the globe. The United Nations has put forward the Convention against Corruption, which has a global application whilst the Organisation for Economic Cooperation and Development also has the topic of anti-bribery on its general agenda.

At the forefront of developing progressive anti-bribery legislation are both the United States and the United Kingdom. The US Foreign Corrupt Practices Act (FCPA) and the UK Bribery Act are forging ahead with increasingly stringent measures to stamp out bribery. As they stand, these acts are designed predominantly to deter US and UK companies from bribing foreign government officials to secure new or existing business opportunities. Whilst the legislation is complex it is also still being defined, with both the Department of Justice and the Securities and Exchange Commission in the US and the Serious Fraud Office in the UK issuing regular guidance on how to interpret and remain compliant with the law. The two pieces of legislation also differ on matters of scope, with the FCPA focusing on the bribery of foreign officials and the UK Bribery Act taking a stance on bribery in a wider sense. Presently, neither act speaks definitively on the issue of having a government official or a politically exposed person as a business partner, director or shareholder. Importantly however, trends in anti-bribery legislation being promulgated in the US and UK may soon move to tighten the regulation of such relationships and to potentially include a broader range of politically exposed persons, not strictly government officials.

What does this mean for foreign companies doing business in Africa? For those companies that are currently required to comply with the FCPA and UK Bribery Act, a degree of self-assessment needs to be conducted to determine whether the shareholding or partnership itself or any other interactions with a local politically exposed partner could be considered an act of bribery or the failure to prevent an act of bribery. For those that presently fall outside the reach of this legislation, notice should be taken of the global trends developing around anti-bribery enforcement as a means of staying ahead of the curve.

As the continent continues to mature as a marketplace, regulatory and compliance infrastructure is likely to develop alongside it. Africa may see a rise in tighter regulatory controls of foreign companies engaging with politically exposed persons. Knowing your business partner or partners will not only benefit your business, it will also be a vital means of identifying and adequately managing potential risks in the form of either reputation damage or non-compliance. The regulatory developments around foreign companies engaging with politically-exposed persons will naturally take time to cultivate and take hold but this should still be viewed as a long-term consideration for companies doing (good) business in Africa.