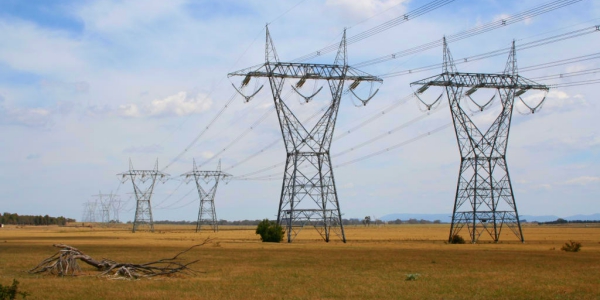 The blackouts will fuel growing doubts about pledges by president Cyril Ramaphosa to kick-start sorely needed growth and investment following years of mismanagement and alleged corruption under his predecessor Jacob Zuma.

Faced with structural economic problems that will take time to address markets have, just about, been willing to give Ramaphosa the benefit of the doubt – despite persistent policy uncertainty.

This week’s blackouts could tip the scales.

The last time the lights went out was in Q1, contributing to South Africa’s biggest economic contraction in a decade.

This has helped make Eskom – which has been called the biggest threat to South Africa’s economic stability – a focal point for gauging reform progress under Ramaphosa.

Put differently, if there’s one thing the government doesn’t need, it’s more power cuts. The decision to once again implement load shedding – which Ramaphosa apparently didn’t know about – makes it that much harder to buy into government promises on reform.

A much-anticipated rescue plan for Eskom is expected by the end of October. It needs to be flawless.

Morocco’s Banque Centrale Populaire (BCP) has acquired a 71% stake in Banque de Madagascar et de l’Ocean Indien (BMOI) from France’s BPCE, part of an expansion drive into sub-Saharan Africa. Moroccan companies have stepped up investment in the region on the back of government efforts to boost engagement in recent years. More: Reuters

Ethiopia’s state-owned telecoms monopoly, Ethio Telecom, registered a 21% increase in revenues in the first quarter of its fiscal year to $343 million, with a 10% increase in users to 44.45 million. The government is preparing to open the company to private investment – a process expected to attract considerable interest – as part of a liberalisation drive under reformist prime minister Abiy Ahmed. More: Reuters

Geneva-based commodity trader Gunvor Group has agreed to pay $95 million to settle an investigation by Switzerland’s attorney general into corruption in the Republic of Congo dating back to 2011. The company has admitted that a former employee paid bribes to officials to secure oil contracts. More: Bloomberg