Africa’s growth has made headlines in recent years. Today, 15 African countries have GDPs of over US$50bn, up from just six in 2000. 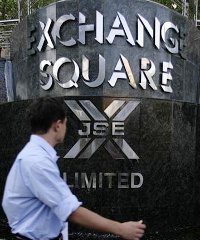 South Africa has the most developed capital market in Africa.

According to Rory Ord, head of private equity at South African-based RisCura, once investors understand the potential for returns in Africa, “their first port of call over a number of years has been to invest in listed equities”.

“And they have been pretty well rewarded from that. African listed markets were hit quite hard at the time of the global financial crisis, similarly to markets in other parts of the world. But since then there has been a really strong improvement, a really strong pick up and rebound that happened.”

Ord is also one of the contributors to RisCura’s recently released Bright Africa 2014 report, aimed at helping investors understand whether Africa has a place in their portfolios, and how and where to access the continent’s investment opportunities.

The report highlights some important points about Africa’s stock exchanges that every investor should take note of.

1. African stock markets are at various stages of development

While investors in listed equities in Africa have generally seen good returns on their investments in recent years, African exchanges are still at various stages of development. To gain a better understanding of how the continent’s stock markets compare, RisCura has scored African exchanges alongside those of fellow developing countries within the MINT and BRICS groupings.

South Africa’s Johannesburg Stock Exchange (JSE) by far outweighs others on the continent. In fact, the World Economic Forum’s Global Competitiveness Report ranks the JSE as the best governed exchange in the world for the fourth year running.

The JSE is the only stock market in Africa that ranks in category A, outscoring the BRICS and MINT exchanges. This is due to good liquidity and market capitalisation, as well as high scores on regulation and openness to foreign ownership.

After the JSE, Egypt’s exchange ranks second best in Africa, and holds the second highest number of listings. Exchanges in Morocco and Mauritius are ranked in third and fourth positions respectively, behind the non-African BRICS and MINT countries.

While Nigeria has the largest GDP in Africa, its exchange is listed lower on the rankings (along with Kenya’s and Tunisia’s) due to its relatively poorer liquidity, regulation and operational efficiency compared to global standards. However, Ord notes that liquidity does vary by share.

The exchanges in RisCura’s F and G categories commonly see significantly lower values traded and lack in areas such as ease of capital flows and openness to foreign ownership.

“To put this into context, the combined value traded for the 15 exchanges in categories F and G is approximately 0.57% of that of the JSE,” states the report.

According to Ord, the areas where African stock exchanges really need to develop are in the number of company listings, and the liquidity that comes with that.

“We find that in a number of exchanges, liquidity is a real problem and institutions in each particular market often take up most of what is available to invest in. It is quite difficult for outside investors in a lot of markets to actually get a significant share of those markets,” explained Ord.

However, he added that certain exchanges across the continent are seeing improvements, with increased liquidity in the more popular sectors.

RisCura’s research shows that in 2012, market capitalisation across African exchanges grew by around 15%, ahead of the Eurozone’s growth of 14% but behind the US’s 17%.

“Despite this growth, the total market capitalisation of all African exchanges reviewed still only makes up approximately 80% of what the NYSE trades in a single day,” illustrates the report.

Ord also noted that the cost of trading should be reduced alongside improvements in liquidity.

The concentration of African stocks are strongly focused towards banks and financial services companies. This is particularly true for Nigeria.

“Oil and agriculture are the largest drivers of the Nigerian economy and, as is the case in Kenya, these sectors are poorly represented, with the tertiary sectors dominating the stock exchange,” highlights the report.

While there are some foreign oil extraction companies who have locally listed subsidiaries, representation remains small when compared to the size of the energy industry’s contribution to GDP within these African countries.