The recent announcement that Nigeria has leapfrogged South Africa to become the continent’s largest economy has, understandably, raised more than a few global eyebrows. 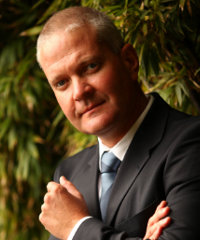 But while politicians from Nigeria’s neighbouring countries rightly rushed to pat the new African economic powerhouse on the back for its achievement of a GDP in excess of US$450bn in 2012 – and in all probability set to hit the $500bn mark for 2013 – these African neighbours would do well to take a leaf out of Nigeria’s book and apply the many lessons it offers in successful economic turnaround to their own countries. And South Africa is no exception.

Granted, with a population of 170m, Nigeria is roughly three times bigger than South Africa, and it enjoys access to significantly more arable land (around 84m ha) than South Africa. But when one considers that Nigeria’s agriculture sector is said to contribute roughly 22% to the country’s GDP, while South African agriculture’s economic contribution tends to hover somewhere around the 2% mark, it’s clear that our neighbour is doing something right when it comes to fully leveraging the economic potential its agriculture offers.

What makes this GDP contribution by Nigerian agriculture even more impressive is that it comes on the back of an extended period of severe neglect during which the country placed a much higher priority on its oil resources than it did on supporting its farmers. As a result, since the 1960s, Nigeria had reached a point where it all but ignored its agricultural potential, becoming a significant net importer of food – to the tune of tens of billions of US dollars.

But as recently as 2011, the country’s economic focus shifted back to agriculture with the launch of the Agricultural Transformation Agenda, which had as its primary goals the addition of 20m metric tons of food to the country’s domestic supply by 2015 and the creation of 3.5m new jobs in agriculture and food-related industries.

While these were obviously very ambitious goals, with an extremely short timeline, Nigeria has largely achieved them, turning around its agriculture sector in the process and enabling it to reassert itself as the driver of overall economic growth and development that it should be. And the country’s success in transforming its agricultural sector in this way offers South Africa a number of valuable lessons.

One of the main keys to Nigeria’s relatively astounding agricultural turnaround since 2011 was almost certainly political will. The Nigerian government recognised the immense potential that agriculture had to drive greater economic growth and, more importantly, they acknowledged that they needed to take proactive steps to drive the agricultural transformation that would allow the sector to fulfil that role. In response, they committed to being enablers of agricultural growth and development across the full value chain. Importantly, government translated this commitment into action, with the launch of Nigeria’s Growth Enhancement Scheme, which provides sustainable subsidised inputs to small scale and aspirant commercial farmers.

When politicians, policymakers, and the private sector truly put their minds to finding and delivering practical mechanisms to promote change and growth in this way, transformation happens.

The clue to Nigeria’s ability to take a holistic view of agriculture and the potential it has to not just drive economic growth, but also uplift the lives of the country’s people lies in the title of one political figure. Dr Akinwumi Adesina is Nigeria’s minister of agriculture. However, his role doesn’t end there. He is also the country’s minister of rural development. Given the potential for small scale farming to not only contribute significantly to overall agricultural sustainability and independence from imports, but also to create sustainable livelihoods for millions of people in rural communities, it makes sense that the same political leader heads up both of these portfolios so that the dependencies they have on each other can be addressed and the synergies fully capitalised upon.

In South Africa, the largely independent portfolio structuring within national and local governments means these types of interdependencies, and opportunities, can easily be overlooked. What is needed is a more coherent view of agriculture and the many ways in which it dovetails (or should) with other components of the country’s economic and social landscape.

Lesson 3 – Think outside the box

In the majority of developing nations, innovation and farming don’t typically coexist. Under the inspired guidance of the aforementioned Dr Adesina, Nigeria has changed this paradigm – with impressive results. The country recognised that offering subsidies is one thing, but these cannot be effective unless they are made easily accessible to all farmers. To achieve this, it harnessed technology by developing an electronic wallet system that delivered subsidy vouchers to farmers via mobile phones. Thus far, the initiative has enabled five million smallholder farmers to receive subsidised electronic vouchers for seeds and fertilisers.

Of course, these are just three of the many lessons that can be learnt from Nigeria’s agriculture and economic success. There are, no doubt, many more. But what is important is the results that Nigeria has achieved through their application.

Possibly the most significant of these achievements has Nigeria’s ability to deliver on its number one Millennium Development Goal by reducing the number of hungry people in the country by half – three years ahead of schedule!

Interestingly, South African agriculture is already in a much better position to deliver the same transformation than Nigeria was when it started the process in 2011. Our country has world-class mechanisms in place to access and capitalise on agriculture markets. Our infrastructure is generally highly advanced, with the challenges of produce storage, cold chain management, processing and transport largely met. What’s more, our government clearly recognises the importance of agriculture as a key economic growth and social change driver.

So, the solid foundations are in place, but to build our agriculture sector on them, we need to be willing to learn from the success of others, adapt the lessons they offer, and diligently apply them to transform our country’s agriculture.

Arguably the most valuable of all these lessons is that it can be done. Now we just need to make the decision to do it.

Zhann Meyer is head of Africa business at the global commodity finance division of Nedbank Capital.