The time has come for business and government to work together to come up with workable solutions for South Africa’s economic and infrastructural challenges. 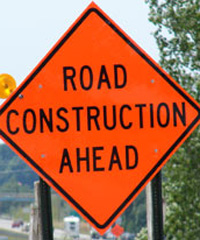 Government plans to spend a further R847bn ($73bn) on infrastructure over the next three years.

To date neither has succeeded in meeting the needs of the other in a way which benefits the citizens of the country.

Arguing about who should be doing what is a waste of time and energy, that could be better spent finding solutions for the country’s challenges. We all know there are many. We all know what they are. We all know it’s time to address them by doing something differently.

This was the motivation for global science company DuPont, international law firm Hogan Lovells, black-empowered investment group Shanduka, and facilitator of the clean-up of waste REDISA to come together to discuss real world projects and approaches that offer workable  solutions for South Africa’s infrastructural and economic challenges.

The platform has been dubbed the Brain Trust.

The first Brain Trust was convened by DuPont in December 2014 to talk about what we could do to help turn our country around. What was patently clear from the discussion is that the private sector has the experience, expertise and resources to help the government.

DuPont believes that science is universal – but solutions must be local. That’s why the company invests and collaborates with like-minded organisations to find solutions to the many problems faced by our continent. As the private sector, we need to look at the things we do have control over, not the things we don’t. It will take all of us – from academia, the private sector and government – working hand in hand to bring real solutions to the table.

In Africa, as one example, poor infrastructure contributes to the cost of transportation being among the highest in the world. Consequently, local goods are becoming less competitive to that of other emerging markets.

In Tanzania, government’s greatest challenge was moving trade timeously within its current infrastructure in order to boost economic growth. Five parties worked together to provide a solid and reliable road that connected Tanzania with neighbouring countries.

By doing so, Tanzania is now able to grow its economy and increase employment.

No one company or organisation can solve these challenges alone. We need collaboration.

REDISA believes the private sector should start engaging – not on the challenges and problems they face but rather to look at the solutions. Their view is that we need to start stimulating a solution-driven way of thinking in this country.

By collaborating with government on the one hand, and tyre manufacturers and importers on the other, REDISA has helped create over 1 500 new jobs and start 149 small businesses in just over a year, simply by seeing used tyres differently – not as waste but as worth. This approach to development and the economy is an example of how public-private partnerships can devise real solutions for what would otherwise remain major problems.

Shanduka Group believes there is a great need for collaboration between government and business, to bridge the gap. When we do engage each other and collaborate, we succeed in stimulating some form of economic development.

International law firm Hogan Lovells believes South Africa needs to understand its role and contribution in Africa better. While international companies have been involved in Africa for the past 20 years, it’s only in the last five years or so that South African firms have really taken an interest.

An indication of this low level of involvement is that only 8% of trade on the continent is intra-African. In other regions, intra-continental trade accounts for between 60% and 80% of all trade.

So what needs to happen next? Everyone is in agreement that business needs to open an honest dialogue with government around the solutions it can offer. The Brain Trust serves as a move by private sector to start this. Future infrastructure development needs to be driven from both sides and neither party can afford to be standoffish in their approach towards each other. As far as the four companies involved in the first Brain Trust are concerned, partnership through the sharing of experiences and ideas is key to ensuring that South Africa meets it’s socio-economic and infrastructure demands in the years to come.