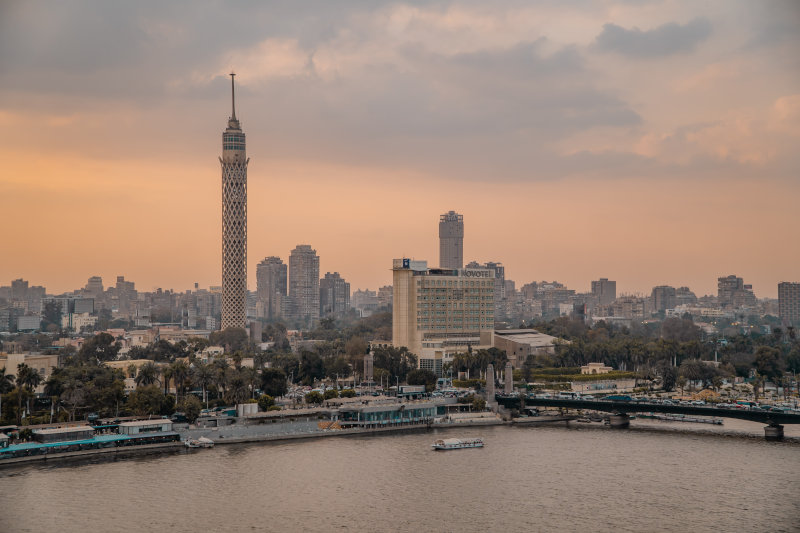 The Statista Global Business Cities has identified and ranked the top business cities in Africa, with Egypt’s Cairo coming out on top of the cities selected for analysis. The report evaluates economically relevant cities from around the world based on the most relevant data for decisions at the corporate level. As well as population size and GDP, many other factors play an important role in determining the extent to which a city is suitable as a business location.

The index is based on a number of sub-indices: The dimension “Economy” examines the economic strength and the level of development of the respective city. The “Business environment” component focuses on infrastructure and logistics. “Society” analyses population development and the areas of education and standard of living. The “Charisma” dimension highlights aspects such as tourism, culture and the environment.

Cairo scored particularly well on operational environment, ranking 113th for this category. As our infographic shows, Algiers, Johannesburg and Casablanca also rated strongly in comparison to the other African cities. Johannesburg, ranked 176th overall, was strongest in the subindex Society. 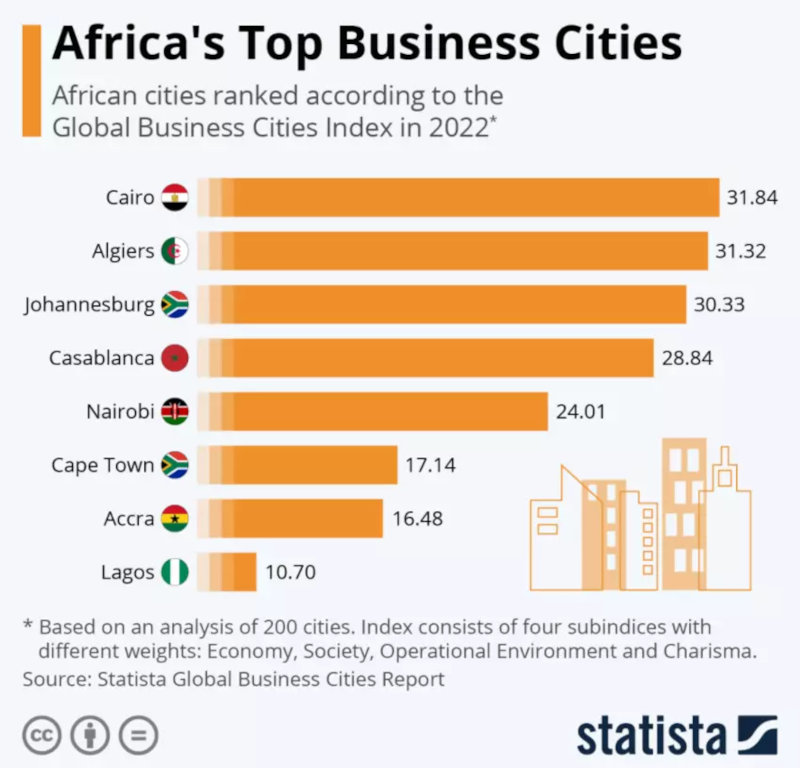 Many characteristics are considered and evaluated before choosing the top African business cities. Photo by Statista