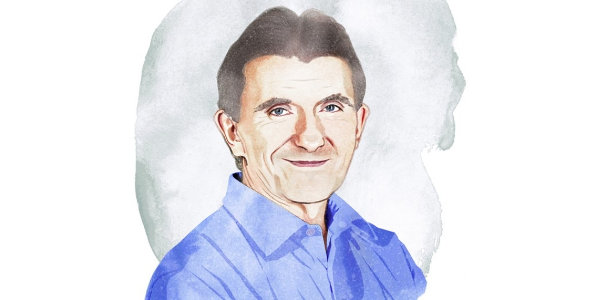 In a time when nationalism and protectionism are on the rise, companies need to step up in order to effect positive change in the world.

Recently I had the opportunity to attend a football tournament like no other. It wasn’t the FIFA World Cup or the Champions League, featuring the likes of world-famous players such as Messi and Ronaldo. Quite the opposite, in fact. All the players were DHL Express employees from across the Middle East and Africa who had come together to compete in a company competition. The atmosphere was electric. There was a cheering crowd, some nimble footwork, and some great saves and goals. But to all intents and purposes it was an ordinary company event.

And yet it wasn’t ordinary at all. Indeed, I wish some of the world’s politicians had attended these games. They would have seen Saudis, Afghans, Syrians, Egyptians, Iranians and many other nationalities all playing together and celebrating as one family. And they wouldn’t just have seen men playing football, either. In a region that’s generally thought to have a long way to go when it comes to promoting gender equality, female teams were also competing. They included players from Iran, Egypt, Syria, Kuwait, and even an all women’s football team from Saudi Arabia – something I never thought I would see in my lifetime.

Corporate culture and the wider world

Watching these teams of bright and passionate people compete on the football field got me thinking about our own company’s culture and the role of corporate cultures in the wider world.

Many pieces on leadership offer theories about how corporate culture influences employee engagement and also a company’s bottom line. My theory is rather wider, however, and it’s this: Corporate culture influences the world. Quite simply, if large companies like ours succeed in positively engaging and empowering their global employee base, then I’m convinced that, like ripples on water, positivity will flow outwards and effect positive change.

At DHL our tagline is “Excellence. Simply Delivered.” Actually, it’s not just a tagline – we truly live it. We want DHL to be the best in the world when it comes to connecting people and improving lives and, to that end, we have made significant investments to ensure all employees receive training about our core business and purpose. By now, most of the 500,000-plus employees across the DPDHL Group are already carrying a small passport to prove they have completed this training. I carry my passport wherever I go, and on my travels, even when walking around cities as a tourist, I have met couriers and showed them my passport. In response, they have proudly done the same.

As the most global company in the world, we truly do not see nationality, colour, religion, sexual orientation or education. We are all family, we all carry the same passport, we care about the same things. At the same time, we encourage everyone to go out there and engage with the world. Yes, that means putting our customers first and foremost, as without our customers we would be nothing. But our people also truly care for others, for people in need and for the environment – and we actively encourage and support them to do so.

For example, DPDHL colleagues from around the world volunteer to be part of our Disaster Response teams, helping to manage logistics flows in the aftermaths of major disasters like the recent earthquake in Indonesia or the devastating hurricanes Irma and Maria in the Caribbean. Some 100,000 colleagues across the globe engage with our global volunteer day each year, doing everything from cleaning up beaches to building entire houses. At the start of last year we also began recognising and rewarding employees who volunteer for good causes in their spare time. At a big annual management meeting, six regional finalists of our DHL’s Got Heart campaign told us their stories.

People like Diego, who works with troubled youths in Costa Rica, Truc Thanh, who helps children with cancer, and Quinto, who set up his own foundation to help kids traumatised by war in Uganda – all of them are representative of the admirable and inspiring work done by many others across the company. They also represent the spirit of DHL, and of the kind of people we have always aimed to recruit and foster: people with passion and purpose, committed to our customers and the wider world. During these guys’ presentations, I’m sure many senior managers had a tear in their eyes as they listened to the incredible stories of how these amazing human beings spend their free time selflessly helping others, and of those who need that helping hand.

The world at its best

I’ve been with our company for 33 years, and I truly mean it when I say we want DPDHL to be an example of the world at its best. So back on that football field, watching all those passionate young women and men competing and cheering each other on, no matter where they were from or what relationship (or conflict) their respective countries had, I really felt we had achieved that aim. When we’re at work, we are the world at its best. And it doesn’t stop in one region – we hold these types of events and have that spirit at work across all parts of the world.

It’s more important now than ever. In times when some governments are increasingly nationalistic, where some abdicate responsibility to fight climate change, and where wars are waged for territorial or ideological gains, I believe companies – especially large ones – have an ever more critical role to play in society.

Our purpose at DHL is to connect people and improve their lives. We believe that isolation is not a solution, and that we have to encourage more interaction and build stronger bonds that can be a win-win for our customers, for international trade and for all our people.

We have the means to support our people in their development and engagement. And we have the will to help tackle climate change and – with the support of our employees – create fresh ideas, innovative solutions and initiatives that can truly make a difference on all levels. I firmly believe that at a time when our planet is in peril through environmental problems, when people are suffering because of wars and famine, and when protectionist sentiment is rising, we all have a responsibility to do more.

It’s not just an issue for our company, of course. There are many other global and mid-size players who also have to step up and take on this challenge. If all of us make the effort, and if our passionate and empowered people go out into the world to motivate their families, their communities and beyond, then I firmly believe that we can effect positive change and achieve great things. As simplistic as it may sound, person by person we can move forward together and make this world a better place.

I think Mother Teresa said it best. “I alone cannot change the world,” she noted, “But I can cast a stone across the water and create many ripples.”

Ken Allen has been a member of the Board of Management at Deutsche Post AG since February 2009 and CEO of DHL eCommerce Solutions since January 2019, prior to which he was CEO of DHL Express. This article was first published in DHL’s Delivered magazine.