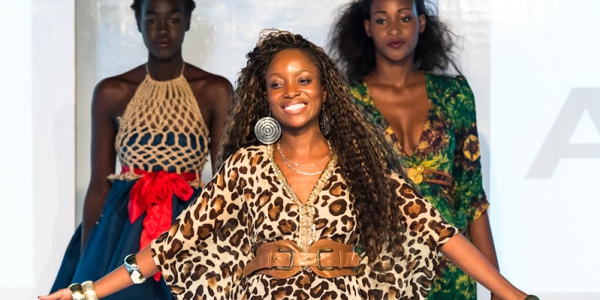 The World Economic Forum on Africa 2015 takes place in Cape Town, South Africa from 3-5 June. The theme of this year’s meeting is ‘Then and Now: Reimagining Africa’s Future’. Here are seven of the continents latest design trends.

Art collectors, having made fortunes from the rise of Chinese art valuation, are turning their eyes toward fertile ground for growth. The “Olympics of the art world” – the Venice Biennale – bears witness to the extraordinary success that Africa is experiencing. Angola, a first-timer at the fair, won the Golden Lion award for the best national pavilion in 2013.

This year’s Biennale is curated by the Nigerian-born Okwui Enwezor and will feature work by 21 African artists. Artisans, highly skilled in traditional crafts, are given master status and their work exhibited on global fine art circuits. Designers are tapping into that art scene. The world is obsessed and prepared to pay.

A combination of factors including rapid urban growth has influenced the rise of the Quick Service Restaurant (QSR) industry, which is expanding at an incredible rate on the African continent. Estimates are around 28% growth this year compared to single figures in other parts of the world. Even foreign brands start “localising” menu items.

Fast-moving consumer goods (FMCG) are increasingly being adapted to the African palate. In Tanzania, a local soft drink maker has pushed Coca-Cola to adapt their bottle design to the local market. Fast food and FMCG are coming out of Africa and going global.

African style, rich patterns and tradition continue to inspire fashion designers around the world and African designers are leveraging that trend. We are seeing massive emergence and some consolidation of African designer brands. We see their presence on the local and global catwalks, on the high streets, and online retailers such as Kisua.com are creating platforms to rival Net-a-Porter.

Architects from the continent are reinventing African architecture and becoming as iconic as their buildings. The list of starchitects is growing: David Adjaye, Rachid Andaloussi, Francis Kéré, Mokena Makeka, Issa Diabaté, Kunlé Adeyemi, Goudiaby Atepa. Watch out for new African architecture, whether intended for the continent’s rich or poor it is equally relevant and impressive.

Social media and digital tools continue to assist, connect and empower. Whether it is on social networks (Hummba, Bandeka, Obami), mobile instant messaging (Mxit, Dropifi, Sembuse), making payments (FloCash, PesaPal) or other African digital services, they need a graphic design interface. These digital ventures drive up the salaries of designers in Africa.

Investigations continue into alternative, exotic and sustainable food sources and farming, particularly around access to affordable protein. From protein-rich crickets, white ants and Mopani worms to teff, moringa and baobab fruits, food from Africa will feed the global urbanites. We already see top restaurants from London to Copenhagen presenting dishes that have everyone in a buzz.

The market is diverse, ranging from mass farms like Lesotho’s Highlands Trout which caters to supermarket shoppers in Osaka, Kyoto and Tokyo and regional artisans. Small-batch producers are celebrated for the quality of their produce and unique terroir. More and more, the value chain is slowly taken back into African hands, increasing the demand for African brands and packaging design.

Some of the biggest leapfrogging opportunities in Africa come out of missing infrastructure – finding simple, often low-tech solutions to everyday problems. Mobile tech, solar tech, even drones are driving demand for better skills in industrial design on the continent. The bricolage obsessed Maker Movement – known as “bushpunk” – forms a hotbed of ingenuity on the continent. African entrepreneurs and bedside designers make up stuff on the fly – off the grid.

This article was first published by the World Economic Forum. Jens Martin Skibsted is the founding partner of Skibsted Ideation.