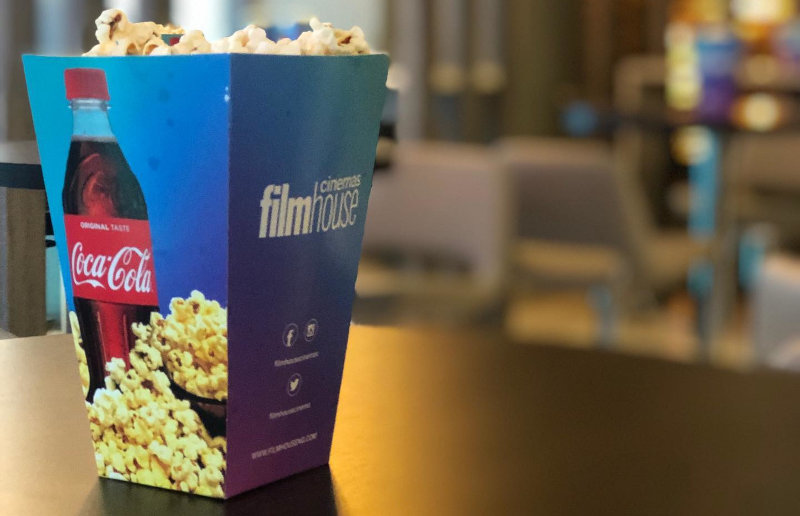 In 2012, Kene Okwuosa and Moses Babatope co-founded Filmhouse after securing a loan from the Bank of Industry, a Nigerian development finance institution. By December 2012, the company kicked off with a three-screen cinema in the Surulere neighbourhood of Lagos. That one location has mushroomed into 12 cinemas in six states. By 2018, Filmhouse became the largest cinema chain in Nigeria and the third largest in Africa.

Speaking about the gaps that prompted Filmhouse’s entry into the market, Okwuosa, the group CEO, says, “We identified an under-reached market in Nigeria and an opportunity in people’s craving for entertainment, and so, we sought to meet these demands with a quality offering. The era of modern cinemas had just returned to the country and there were very few players – less than five cinemas serving an entire country with a population of over 150 million people at the time. So, we saw an opportunity and went for it.”

Nollywood, Nigeria’s film industry, is the second-largest in the world, churning out an estimated 50 movies per week but with relatively low production quality, costs, and profit margins. Before Nollywood came into its own, the oil boom of the 1970s contributed to the prosperity of the cinema business as it attracted capital from outside the country. Foreign businessmen invested in building more cinema complexes and as citizens began spending more on social and leisure activities, it boosted the growth of the cinema industry and television media.

However, things changed as the influence of television as a medium grew in Nigeria. Filmmakers produced more for television, and the cinema culture slowly waned. Over time, this led to the dearth of cinema business management and the skills it required to succeed. The culture has since returned but starting a company then meant that managers like Okwuosa and Babatope had to deal with a lack of human capital.

“Cinema operation requires a unique pattern of management,” says Okwuosa. “The industry was in its infancy and there were no experienced hands. We had to train people from scratch to handle specific roles and the learning curves didn’t come without their pains.”

According to group executive director Babatope, Filmhouse faced the same fundamental challenges that befall startups in Nigeria, such as a shortage of funding and poor infrastructure. Today, the company has to battle issues ranging from piracy to double taxation and the high cost of advertising.

Many Filmhouse locations are in malls and shopping centres for good reason. “The cinema business thrives on disposable income and malls are strategic locations where people spend. Another reason is that mall developers strategically create spaces for cinemas as a major source of foot traffic. We take the spaces and develop them to suit our model, brand and style, and this helps drive people to visit the malls.”

The company is also involved in hospitality. For example, its IMAX location in Lekki, Lagos has a lounge and rooftop restaurant that provide additional leisure options for customers and filmgoers.

Besides its cinema business that brings both local and foreign movies to its customers, the group has a production and distribution arm: FilmOne Entertainment. It has co-produced some of Nigeria’s highest grossing movies, including Merry Men 1 and 2, The Set-Up, and The Wedding Party 1 and 2. FilmOne also works in partnership with Netflix (to aggregate Nollywood content for the streaming platform) and, most recently, Disney (as its sole distributor in Nigeria, Ghana and Liberia).

“So far, it has been a great relationship [with Netflix] that has led to three renewals of our contract after the initial batches agreed for in 2016. It has also availed us an opportunity to realise our goals of showcasing quality indigenous content on global platforms,” says Babatope, who is the managing director of the FilmOne arm.

Lagos is Nigeria’s commercial capital and its biggest market for cinemas. According to Okwuosa, it hosts one-third of the total number of cinemas in the country and accounts for close to 70% of the share of box office revenue. However, outside Lagos, which cities have the biggest potential for growth? Okwuosa replies, “Nigerians are massive lovers of filmed entertainment; it won’t be an exaggeration to say that every city shows great potential. However, considering the sparse availability of disposable income and its concentration in some places more than others, one can say that cities such as Abuja and Port Harcourt are yet to climax and maximise their box office potential.”