A significant part of private equity investment in Africa is being targeted specifically at the financial services and telecommunications sectors, both of which benefit directly from Africa’s strong economic revival and population growth. As a result, there has been a rapid expansion of banking activities across the continent in recent years that, encouragingly, has not been driven by global/western banks alone. 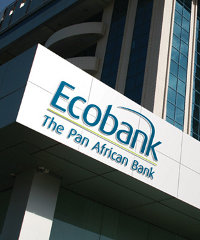 Indeed, facilitated by strengthening balance sheets and improving regulation and policy, a number of African banks have and continue to implement aggressive pan-African strategies as they expand and diversify their businesses beyond their traditional borders. An added advantage of this pan-African strategy is the ability to read the nuances of fellow African economies, which in turn enables banks to tailor-make their approaches to be country-specific.

South Africa’s Standard Bank, Africa’s top lender by assets, has a comprehensive Africa presence with the company currently operating in at least 17 sub-Saharan African countries, including a new licence in South Sudan. The company remains focused on its African strategy, and has indicated that it no longer has ambitions to buy or build commercial operations outside of Africa. Standard Bank’s affiliation with the Industrial Commercial Bank of China (ICBC), following ICBC’s purchase of a 20% stake in Standard Bank in early 2008, remains a strategic advantage in terms of tapping into Asia’s growing presence in Africa.

Ecobank has presence in 32 countries

Similarly, Togo-based Ecobank continues to flourish, with the bank now providing financial intermediation in 32 African countries making it Africa’s biggest lender by geographic reach. It remains one of the fastest growing and most innovative, offering retail, corporate and investment banking services. In 2011, Ecobank acquired Nigeria’s troubled Oceanic Bank International, and most recently, completed the acquisition of Trust Bank Ghana. The bank provides mobile banking services in 14 countries via a joint-venture with Bharti Airtel.

London-based Standard Chartered also continues to advance its presence on the continent. The institution currently operates in 15 African countries, has 186 branches, 338 ATMs and employs 7,400 staff. Plans include to double its African revenues to US$2.5bn in the next five years. The growth will entail increasing the headcount past the current 7,400 and adding 100 branches across the continent by 2015.

In April this year South Africa’s First National Bank (FNB) revealed plans to invest nearly R2bn ($240m) over the next 12 months to expand its footprint in South Africa and Africa. In addition, Johannesburg-based FirstRand is also pursuing an aggressive expansion into Africa (and India) using both organic growth and starting new projects in retail and investment banking. It is believed to be considering an acquisition in Nigeria, and possibly in Ghana as well.

First Bank of Nigeria (or FirstBank) in turn has appointed Goldman Sachs and Citi Bank to manage the sale of a $500m Eurobond planned for later in the year. According to FirstBank’s CEO, the lender has started to pursue a pan-African strategy. The bank has identified a total of 10 countries in Africa where it would want to expand its footprint. FirstBank is Nigeria’s largest bank by assets and earnings. Similarly, Nigeria’s United Bank for Africa (UBA) is fast tracking its African expansion, with the institution currently operating in almost 20 countries. Earlier this year, UBA indicated that it plans to issue a $500m Eurobond in the final quarter of this year or early next year to finance its foreign currency assets and expansion in Africa.

Morocco’s Attijariwafa Bank is the latest African bank to adopt a pan-African lending strategy. Borne out of the need for alternative growth strategies as a result of flailing economic growth in the beleaguered eurozone, the bank has successfully implemented an aggressive expansion plan throughout francophone West and Central Africa in recent years. The intention is to increase the company’s presence from 12 to 20 African countries by 2015.

The growing presence of subsidiaries of major global banks on the continent in recent years has significantly improved the availability and quality of financial services. That said, the multinationals’ focus has largely, but not exclusively, tended to be on high margin businesses ranging from asset-backed project financing to structured trade and corporate financing, to specialised advisory services on mergers and acquisitions, to treasury products amongst others, as opposed to mass retail banking.

While this has undoubtedly been instrumental in boosting a number of fast-expanding economies’ growth potential, it has largely excluded development of products aimed at the lower income and unbanked sectors of economies.

The potential in retail banking

While the high end African business/corporate banking arena still presents significant opportunities given Africa’s robust growth prospects, an increasing number of financial institutions have awoken to the massive potential that lies within Africa’s growing consumer base. Retail banking has become an increasingly important focus for both global and African banks as a result, manifest in the rapid and at times aggressive expansion of banking institutions and offerings of an increasingly sophisticated suite of retail banking products on the continent.

In this regard, the lingering economic malaise in Europe and the US has also seen a number of international banks looking to expand their banking footprint on the continent in the short- to medium-term in a bid to bolster their flagging balance sheets.

John Coulter, JPMorgan’s senior country officer for sub-Saharan Africa, told the Reuters Africa Investment Summit in April this year that “[a] strategy that focuses on Africa from a pure investment banking perspective, for JPMorgan, is not the approach to follow. We have got the capital and the capability as a bank to extract more from an African wallet”.

He further stated that “[a] company in Kenya or a bank in Ghana need trade finance lines, credit lines to help them grow their business, project finance, infrastructure support and the corresponding banking lines.” While some international lenders have attempted to push investment banking in the African market, according to Coulter there was still limited demand for such services presently, given the emerging state of local capital markets.

This article was first published by KPMG.