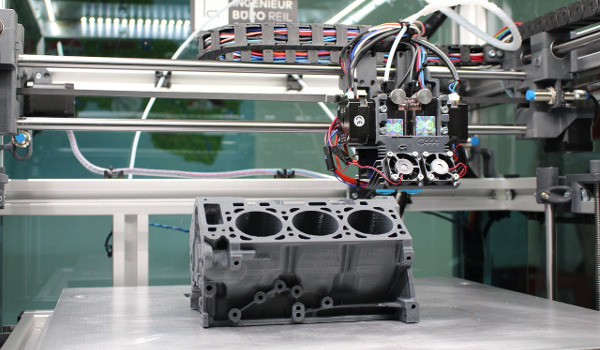 In Africa, the Fourth Industrial Revolution is a conversation about empowerment rather than disruption. So says Herman Singh, the group executive for innovation strategy at MTN. Speaking at the 2018 Business for Tomorrow conference last week, he emphasised the need for African businesses to embrace technology because the continent has more to gain than to lose in this process.

The event was organised by the UCT Graduate School of Business Consulting Club in partnership with TEDxCapeTown to showcase perspectives on leading with agility in a VUCA world.

“What technology is doing in Africa is massively uplifting. It’s creating value and improving lives. It is not doing what it’s doing in other countries, which is compressing value chains, colliding industries and destroying livelihoods.  It is doing exactly the opposite,” says Singh.

“So when people talk of digital disruption, those words don’t work in Africa because there is nothing to disrupt. In Africa you have a digital empowerment, a digital upliftment.”

Tech companies and digital-born organisations (DBOs) like Amazon, Google, and Alibaba are proving to be to be the most successful enterprises across the world, but while there is massive potential for African business in the coming Fourth Industrial Revolution, Singh cautioned that to date – no African country is taking the lead in capitalising on what technologies like Artificial Intelligence (AI) and automation have to offer.

According to David Scott, a human resources director at RCL Foods, who also spoke at the event, part of the reason for this caution is fear. New technologies brought about by the Fourth Industrial Revolution are widely expected to have a negative impact on job creation because they will be able to replicate various human activities at greater speed and scale.

“Many people have fears of AI taking over their jobs. The question is how do we as human beings maintain our value when AI is not just doing what we do, but doing it faster, cheaper and higher quality,” he says.

Nevertheless, Scott adds African business needs to move quickly to embrace the technological changes if they want to avoid becoming irrelevant, but highlighted the importance of retaining the “human touch”.

“It is quite clear that businesses have to change with the evolving world… the concept of tomorrow is much closer than we think… in many respects it is alive and well today… agility, flexibility, and adaptability really are the order of the day,” says Scott.

The use of technology to replace humans is not a new thing, he said.

“What should our response be? Personally I think we are the answer and we have to dial up the skills that make us human in the face of technological changes… now more than ever we have to become more human. Whilst it is inevitable that the rise of technology will replace some of what we do as humans, I believe that the same technology will force us to use our human attributes to invest in new jobs and new opportunities,” says Scott.

Related to this, Bulelwa Makalima-Ngewana, the interim director of the Bertha Centre at the UCT GSB spoke about the need for businesses to focus on uplifting communities.

“We need to look at big and small business to disrupt and create innovation for the benefit of society,” says Makalima-Ngewana.

She says many of the challenges faced by communities could be solved by technology. However, these challenges can at the same time be seen as opportunities for up and coming businesses. “It’s about being innovative and looking at the business opportunities that exist.”

Jay Van Zyl, a computation social scientist, says that the main areas of opportunity for African business lie in the data collection space. Data collection and the prediction of and influence on human behaviour is fast becoming the main driver of most digital platform based businesses, he says.

“Data collection is pervasive, now it’s about predicting human happiness, sadness, excitement, etc. for wellbeing. The modern world is all about highly accurate social prediction abilities. Once you understand that you will be able to invent the new business.”

The GSB Consulting Club is a student-led initiative at the GSB. This year’s co-chairs are Imraan Narker, Bradley Rich, Andrew Jubane, Tom Courly.