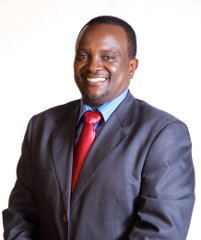 Kibiru, together with four business associates, then formed another company named Dozen Ventures Limited. They brought eight more partners on board. This time the group was successful, they raised Ksh.12 million ($147,000) in three months. They also harnessed additional funds through personal loans and purchased a quarter-acre plot in Spring Valley, Nairobi at a cost of Ksh.26 million ($319,000).

In just one year’s time they had constructed four houses on the plot at a cost of Ksh.70 million ($858,000) which they later sold for Ksh.26 million ($319,000) each. Dozen Ventures made a profit from the deal but the members merely took their money and left. That was the death of Dozen Ventures.

Around that time the Othaya Farmers Cooperative Society advertised in local dailies that it was selling 1,135 acres of land in Thika (situated 40 kilometres from Nairobi). This marked the birth of Thika Greens Limited (TGL).

Despite being unsuccessful twice, Kibiru and the first four members who had initially formed Dozens Ventures started TGL with the hope of investing and reaping huge profits in the real estate sector.

“My vision was to create the first well-planned satellite town with proper infrastructure in place and in the end create a city out of the city. The construction of the Nairobi-Thika super highway was the confirmation that indeed this was the investment opportunity of a lifetime,” says Kibiru.

The company’s biggest challenge was to raise the more than Ksh.850 million ($10 million) to purchase the plot being sold by the Othaya Farmers Cooperative Society.

“Last year the five of us invited friends and business partners to the Jacaranda Hotel where we wooed them to invest at least Ksh.2 million ($24,500) each [for a share in the project]. We had nothing to offer them other than a receipt to prove they had made payment and the word of mouth that this would be the best investment they would ever make,” says Kibiru. 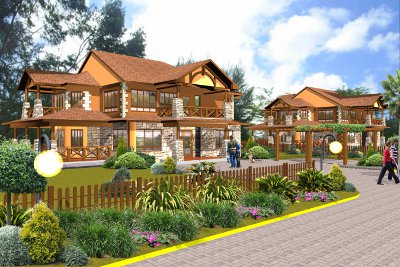 “By October 2009 we had secured a loan from a local bank and made full payment for the land. We bought an additional 571 acres bringing the total acreage of land in our possession to 1,706 acres,” says Kibiru.

With the land firmly in its possession TGL began phase one of its ambitious plan.

TGL plans to put in place infrastructure such as roads, water and electricity, as well as a shopping centre and school to serve the home owners in the area.

In the second phase, which Kibiru says will be launched this month, TGL will construct a golf estate with 810 plots. TGL contracted a South African architecture firm, DDV Design, to design a private members’ clubhouse overlooking an 18-hole championship golf course.

The facility will also boast a five star hotel, a three star hotel, a shopping mall, a retirement village, a community centre and high-end apartments.

“The Chinese construction company, MCC4, which we have contracted to undertake the construction, will commence operations this month as we gear up to complete the project in two years’ time,” he says.

The third phase of the development will include the sale of 1,850 plots which will be slightly more affordable compared to those in the first two phases. This is because the property will not be linked to the golf course.

By the time the last stone is laid and all the proposed construction work has been completed, approximately Ksh.53 billion ($650 million) will have been spent. The entire development will have 4,000 housing units.

“Our vision is to replicate the project across Kenya by setting up more golf estates in Nakuru, Mombasa, Machakos and Kisumu. Where we can find land and the basic infrastructure we will put our money and invest to provide more housing units in Kenya [and thus] reduce the housing shortage,” says Kibiru.