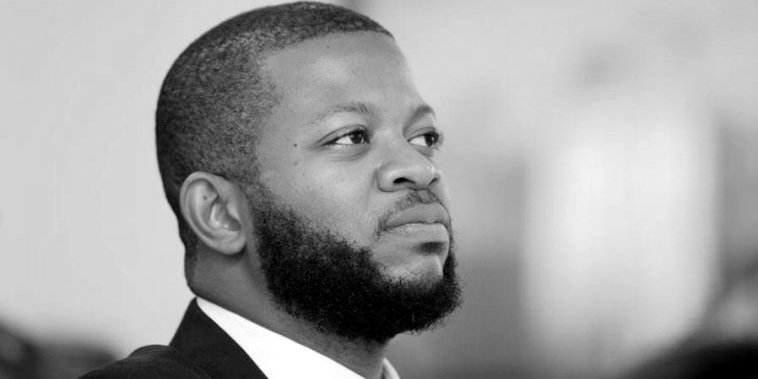 Frederick Mawuli Deegbe is the CEO of Heel The World, a shoe manufacturing company based in Ghana. In addition to the shoes, the company also sells leather products and popular beads dubbed ‘Empowerment Beads’.

1. Tell us about one of the toughest situations you’ve found yourself in as a business owner?

When I first spoke about the concept of Heel The World to a few people, everybody said it was impossible to create a high-end footwear social enterprise from Ghana/Africa. I was a promising banker at the time and all the odds were against me. However, I knew that if we pulled this off with ‘amazingly’ beautiful shoes, it would not only encourage others, but also put us in a position where we could invest or at least influence the entrepreneurial/youth space.
We started with a small, young, yet committed and audacious team in 2010, subcontracting work to local artisans. Eventually, as demand grew, so did our demand for better quality and by the end of 2011, I had to resign from the bank and start a factory in my parents’ garage.

As the years went by our brand grew exponentially and I paid little attention to new competing brands until one of our most effective and popular marketing tools, called Empowerment Beads, became the most copied Ghanaian product I had ever seen. Alongside that, the world around me was changing, from the US dollar jumping 60% in two months to some of my core employees being poached by competing companies.

In truth, it was very disheartening for several years but one day I read a quote from Buckminster Fuller, which says: “You never change things by fighting against the existing reality. To change something, build a new model that makes the old model obsolete.” I had been so caught up with the things of the past or the formula/products that worked that I forgot one of the key things that helped us in the beginning – continuous innovation.

By God’s grace, our brand helped people believe that they could do more than their 9-5 and do something about the status quo. People who had little or no experience in certain fields all of a sudden began starting companies and pursuing their dreams. But what I loved most about it was that they were attempting to build high-end or aspirational brands.

This is important to me because high-end brands demand high quality and higher prices. Price is always a sensitive topic in Africa, but to me price is not about money, it is about value. When people charge high prices they have to improve their quality in products, services and marketing.

This can start off with a few people but have a ripple effect on bystanders/consumers which eventually raises the quality standards in Ghana/Africa. True change comes from the youth, from the private sector, from investing locally, from raising your game up so high that people will also have to raise theirs up just to catch a glimpse of your shadow.

I am proud to say and prove that just because it’s from Africa it doesn’t have to be poor quality or ‘cheap’. We can compete globally even though the odds are stacked against us. But it makes the journey sweeter and our products more valuable.

Delegation. The irony. There is no success without a successor. That is one of the things I read in one of the many entrepreneurship books I read a while ago. I used to dislike micromanaging because I am so big-picture oriented. It took me a few years in the game to realise that trust is earned, it is not given freely.

Trust is a component of not only character, which used to be my main criteria, but competence. I have come to accept that being a leader isn’t just about sharing your vision, but also digging deep in the trenches with your people to get the job done. I still keep the big-picture mentality and faith in people, but I have learnt to balance that with nitty-gritty practicality and put systems and procedures in place that employees have to abide by for us to stay in contact and on course.

4. What conventional business wisdom do you disagree with?

When somebody says they are a self-made person it makes me laugh. There is no such thing. Every successful person is due to a unique set of circumstances coming together to favour them. Sometimes it is good or bad parenting, sometimes it is education and sometimes it is a smile at an air hostess that gets you an upgrade on the flight to sit to a future investor.

Nobody can do it alone, nobody can take all the glory. Jack Ma once said that if the world labels you a billionaire, the billion is not your money or even your value but rather a reflection of the level of trust/confidence that people have in you. No individual has the power to wield that can of power.

5. Is there anything you wish you knew about entrepreneurship before you started?

Seek ye first the kingdom of God and all other things will be added to you. Fashion is fleeting, they say. But my experience in business shows that even the most successful businesses can peak by the third or fourth year before they begin to decline. Nothing is absolute – people, policies, situations, interest rates. Therefore one has to hold on to something eternal, something edifying, something that has a solution for every situation. Entrepreneurs do not speak about the importance of faith enough in our journey. Faith is the fuel needed to take the first step but it is also needed every step of the way as a guide and guard in the brightest and darkest hours.