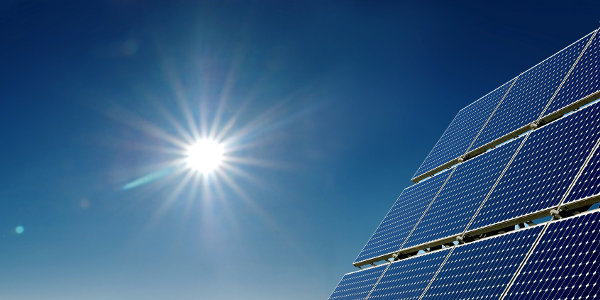 “It is time to turn the Sahel’s largest natural resource into the most powerful driver of its growth.”

This was African Development Bank president Akinwumi Adesina, speaking at an ECOWAS summit in Burkina Faso over the weekend. He was promoting the Bank’s ‘Desert to Power’ initiative, a plan to provide 10GW of electricity to 250 million people in the Sahel region by 2025 – tapping into the Sahara’s famed solar potential.

At around 10 terawatts – 81 times sub-Saharan Africa’s installed capacity – this has been tipped as a potential solution to the continent’s chronic power shortage.

Efforts to harness this have yielded little to date, but with solar now competing with traditional sources like coal on price and effectiveness, could this be about to change?

There are at least two major obstacles.

One is financing. While solar is getting more affordable, scale isn’t cheap. The cost of Morocco’s 580MW Ouarzazate Solar project, for example, has been estimated at $9 billion.

Assuming similar costs this would translate into $153 billion for Desert to Power – more than total annual infrastructure spend across Africa.

Even more important is the wider development context. The Sahel is a hotbed of instability and underdevelopment, and in no position to implement a project like Desert to Power.

The desert won’t fix Africa’s power problem – not yet anyway.

Early results in Tunisia’s September 15 presidential election indicate that independent candidate Kais Saied and businessman Nabil Karoui – currently in jail on money laundering and tax evasion charges – are the front runners. The vote is seen as an important barometer of shifting public sentiment, coming amid growing economic discontent and disillusionment with the political establishment. More: France 24

Democratic Republic of Congo’s former health minister was arrested by police on Saturday over alleged mismanagement of funds for a more than year-long Ebola outbreak in the east of the country. Olly Illunga resigned in July, days after being stripped of responsibility for managing response efforts. More: Reuters

Nigeria’s national oil company has reportedly signed a $2.5 billion deal with a Chinese lender for a new pipeline. This comes amid efforts to increase output in Africa’s biggest oil producer. More: Bloomberg

The World Bank has approved a $450 million loan to Tanzania, lifting an aid embargo imposed last year due to concerns about policy direction – including a law criminalising criticism of government statistics. This is part of wider tensions between the government of populist president John Magufuli and international donors. More: Reuters