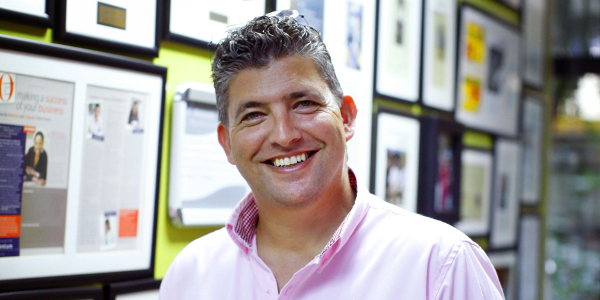 Funding can be damaging for start-ups, noted Allon Raiz, founder and CEO of the for-profit business incubator Raizcorp.

“Entrepreneurs start off not earning a market-related salary and employing their cousin’s cousin on a non-market related salary. They are also probably operating from home. But as soon as this business scales, they start having to compete with market-related salaries and the cost of real infrastructure. If the model is not right, all you do by adding money is break the business. And we see that time and time again. These companies get money and they break.”

Raizcorp, with offices in South Africa and Angola, runs its programme in various African markets and is currently supporting over 500 businesses. It places an emphasis on backing people, not business plans.

“We don’t even look at the business plan at all. If [entrepreneurs] bring it to me, I tear it up in front of them… But I ask them how they make money, and if they can’t answer that then I’m not interested.”

To be accepted into Raizcorp, entrepreneurs have to undergo an eight-step selection process. This includes a number of interviews, a two-and-a-half hour written exam, three audits and a panel interview.

“Only one in 20 get through, but we never back the business plan. We back the individual.”

While Raizcorp does not directly fund their entrepreneurs, it does provide them with the necessary infrastructure (such as meeting rooms), back-office support, entrepreneurial training, access to specialists, and eventually access to external funders.

“But you need to have the right type of person to back. And with entrepreneurship being such a buzz word today, I think we have lost this [concept]. Not everyone is entrepreneurial right now.”

Raiz’s strong belief in investing in entrepreneurs, rather than business ideas, came from his own experience.

In his early 20s he spent a few days living on the street with no home or job. He was taken in by a friend and started working at his retail clothing business. Raiz then launched an innovative promotion that caught the attention of a local newspaper, and was featured in an article. Soon after, he received a call from a businessman who wanted to fund any company Raiz wanted to start.

“This happened to be a dollar billionaire, but I didn’t know who he was and didn’t really believe him when he said he will back me in any business that I like… When I put down the phone I told my friend it was some crazy guy. Two weeks later the same man phones back… I said he couldn’t be serious. He said he couldn’t be more serious.”

With investment, Raiz decided set up the retail hotdog chain, New York Sausage Factory, in Durban. “And it was an absolute miserable failure,” he recalled.

“Whatever you could do wrong, I did. After six months of trying to make it work, I finally came to the conclusion that I had failed.”

After plucking up the courage, he sat down with his funder and admitted his failure. “I told him that if it takes the rest of my life, I would pay him back, and then got up to leave. With that he told me to sit down… He said right now the business has failed, but the moment I walk out that door, I have failed.”

His sponsor explained that he had backed Raiz, not the business, and wanted him to try again. But this time he would not provide him with funding, but with people.

“He said he was going to surround me with a whole bunch of people who will support me and guide me through my journey as an entrepreneur.”

Based on this concept, Raiz has developed a name for himself in the business incubation industry in South Africa. Some of his many accolades include being asked in 2011 to become a member of the WEF’s Global Agenda Council on Fostering Entrepreneurship and being invited by the White House to speak at the Global Entrepreneurship Summit held in Kenya this year. He is also the author of two entrepreneurial books – Lose the Business Plan and What to Do When You Want to Give Up – and hosts The Big Small Business Show on BusinessDay TV.