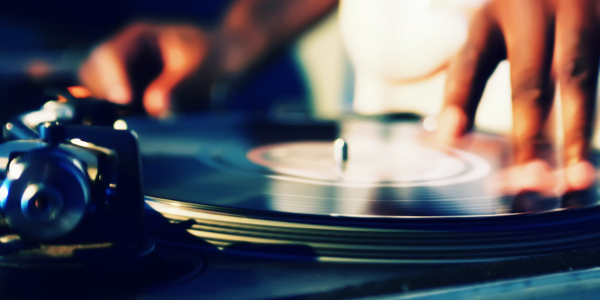 Vinyl record stores are opening in major cities in South Africa and catering to a mostly young customer.

South Africa is beginning a new love affair with vinyl records, after they were discontinued in the early 1990s in favor of CDs, and more recently for electronic MP3 downloads. Vinyl record stores are opening in most major cities.

The vinyl albums at Benjy Mudie’s Johannesburg store, Vinyl Junky, are considerably more expensive than CDs or MP3s. Prices range from the equivalent of a couple of dollars to about US$35 for a pristine copy of a classic rock album.

Yet Mudie, a veteran music consultant and record label boss, says his sales have spiked a “hundredfold” in the past year.

He says it is young South Africans who are driving the “vinyl explosion”. “It’s become hip to have records again. A lot of young people are the bulk of the people that buy vinyl now, people under 30 that were only being born when vinyl went into decline in the mid-80s.”

At the Record Mad shop in northern Johannesburg, owner Kevin Stuart got the idea to go into business a few years ago when he was strapped for cash and started selling his vinyl collection from home. Demand was so great that he saw an opportunity and opened the store.

“I get a lot of young people coming in here and saying, ‘My dad just gave me his record player [and] a bunch of records.’ So I’m expanding on that,” says Stuart. “I think it was definitely driven by media and by reviewers and I think people just got really, really sick and tired of MP3s.”

Mudie says youngsters are discovering music their parents, and even grandparents, grew up with, and they want to listen to it just like their elders did: on vinyl.

Stuart also noted the family connection as playing a role in the appeal of vinyl. “I think a lot of people can still relate to records: ‘My dad had this; my mom had this; I grew up listening to Noddy on vinyl or Led Zeppelin, or AC/DC’ or whatever it was,” continues Stuart.

According to Mudie, increased demand for vinyl is linked to young South Africans realising that the “age of pop idols manufactured by TV” isn’t so great after all. “Young people are looking for something different. They’re tired of being force fed by contemporary radio and by record companies, force fed a diet of people that all sound the same.”

But at the heart of the vinyl upsurge, he said, is the “fact” that music simply sounds better, and feels better, on vinyl.

“Vinyl to me sounds warmer and it has depth. It’s got echo, it’s got soul, whereas digital is very clear, very precise; very Teutonic. But it’s soulless. Vinyl is visceral. It’s a visceral experience. You take it, you pick it up; it’s something to look at. You can’t look at an MP3,” he adds.

Stuart says the “rebirth” of vinyl is resulting in a rebirth of music in South Africa. “People are connecting with music again in a way that our parents used to, our hippie fathers and our acidhead mothers,” he adds with a laugh.

Stuart expects the “hype” around vinyl to fade in the near future. But he adds it has been “resurrected forever”, and South Africans are all the better for it. – VOA