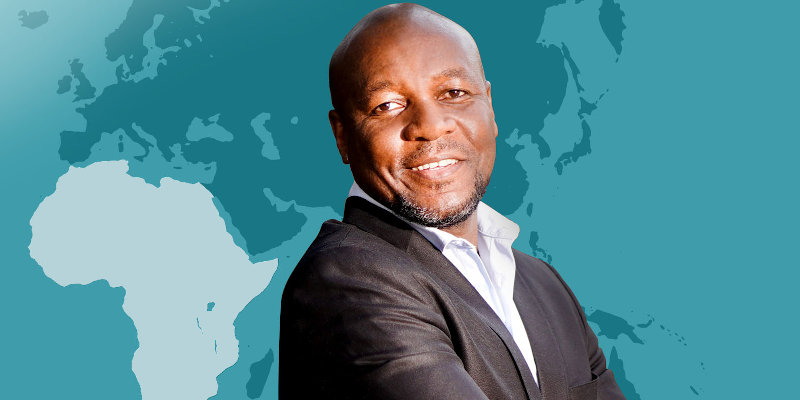 Current state of play of the AfCFTA

The secretary-general of the Africa Continental Free Trade Area (AfCFTA) secretariat, Mr Wemkele Mene made an announcement on 28 April 2020 of the postponement of the 1 July 2020 official implementation start date. Mr Mene cited the adverse effects of Covid-19 currently devastating Africa and the world at large as the primary reason. This postponement came after significant lobbying of African leaders not to move this long-awaited launch date as there are real concerns that Africa could lose momentum towards the implementation of the new trade architecture. He made no announcement of an alternative start date, though speculation is swirling that it may now be set for January 2021. As indicated in my previous article ‘In a post-Covid-19 World, the Africa Continental Free Trade Area could not come soon enough’, which featured in Engineering News, Mining Weekly and How we made it in Africa on 22 May 2020, the pitfalls of open-ended postponements were laid out. Africa needs to move forward at pace to implement the agreement or risk losing momentum, political will and failure to negotiate meaningfully with global trade partners to correct the existing highly skewed trade architecture – especially if Africa appears to the world as being incapable of multi-tasking!

Once fully implemented, the AfCFTA aims to reshape the continent’s social, investment and trade arena in a fundamental manner. It lays the foundation for the African Customs Union, a cornerstone of the African Union (AU) Agenda 2063. The goal is the elimination of tariffs and other barriers to free trade, resulting in free movement of goods, services, investment and people. The implementation modalities of the AfCFTA are in two parts. Part 1, which in essence is what has been postponed by Mr Mene, focused on liberalisation of trade in goods and services. Part 2 focuses on competition policy, intellectual property rights and investment. Under phase 1, the following protocols have been concluded:

All of the above negotiations were slated to be concluded and in place by 1 July. The postponement announced by the secretariat of the AfCFTA threatens the momentum for reaching agreement and could retard progress.

What about non-state actors and their investment?

I want to turn my attention to a peculiarity, not specific only to the legal framework of the AfCFTA, but also of other trade agreements, including the World Trade Organisation. As a public international law scholar, I am intrigued by the absence of rights to recourse in the current AfCFTA for the private person or corporate entities. States parties have concluded the protocol on the settlement of disputes between member states. Much ambiguity, however, still exists on how fundamental rights of private investors will be guaranteed in this new trade area.

This seems like a strange anomaly as the private sector is the main driver of trade in goods and services cross-border in Africa. A large number of African businesses, both large and small, and global multinational corporations run operations across many countries in Africa and drive the continent’s economic engine. Why then, would African leaders be forging ahead with a planned launch in July while private investor protections remain unresolved? It is because of this uncertainty that many are focused on phase 2 negotiations and, in particular, the negotiation of the Africa Investment Protocol (AIP). The negotiating teams initially set a June 2020 deadline for the AIP, but this has been delayed and currently looks likely to be concluded only in 2021, just as the overall programme of the AfCFTA has been delayed.

What may be behind the delays and obfuscation in finalising the rights to recourse for private enterprise? The answer lies buried in Africa’s tumultuous history with the regulation of international investors – the complex international dispute-resolution mechanisms embedded in many bilateral investment treaties between African nations and former colonisers. Some African nations have been left scarred after suffering huge losses at international arbitral tribunals and have been forced to settle these huge awards under threat that state assets held abroad may be seized by foreign investors.

To illustrate my point, I want to turn to the South African investor protection framework and its relationship to the Southern Africa Development Community (SADC) to illustrate the challenges African nations face in finalising the Africa Protocol on Investment. The investor protections that must be agreed to by the AfCFTA must apply to all investors, be uniform across the continent and be applied with equal measure. The very reason for the creation of the AfCFTA is openness, uniformity and eliminating trade barriers. I would argue that, to the contrary, creating different rules for different investors – restricting certain sectors to special classes (black economic empowerment), placing trade barriers on certain international investment and protecting certain industrial sectors like automobiles – is the policy direction that South Africa has chosen, as have many other SADC countries. We see protections in Botswana and Lesotho for participation in the diamond industries, indigenisation legislation in Zimbabwe requiring 51% of any investment in mining, banking and other ‘strategic’ sectors be held by nationals, etc.

At the dawn of its democracy in 1994, hoping to attract foreign direct investment especially from Europe and the USA, South Africa concluded a number of bilateral investment treaties (BITs) with a number of leading European nations. Between 1994 and 1998, 15 BITs were concluded, some before South Africa had adopted its new constitution. In total, well over 40 treaties were concluded with overseas and Africa states. The conventional wisdom at the time and to some extent even now, was that FDI flows were not likely if foreign investors did not feel that their investments would be adequately protected in the host countries. See E. Neumayer and L. Spess, 2005, Do Bilateral Investment Treaties increase foreign direct investment to developing countries’. Investors require protections against expropriations; either direct, regulatory or creeping expropriations (the so-called death by a thousand cuts). Policy certainty is critical and effective protections from arbitrary state actions occasioned by populist dogma.

Following waves of nationalisation and expropriation orders in many newly independent states in Africa and Latin America were of real concern for some foreign investors. Refer to Chris Hajzler, Economic Discussion Paper 1011, University of Otago, September 2010 for detailed analysis of FDI expropriated in Africa and Latin America from 1980 to 2010.

The perceived ‘socialistic’ ideology of the Africa National Congress, case in point The Freedom Charter that calls for nationalisation on mines and bank. In a bid to attract investors back to South Africa after the end of apartheid-imposed sanctions, the ANC made concessions with the West and signed BITs. I have provided a general summary of some of the key provisions found in most BITs:

As can be expected, it did not take much before South Africa found itself a target of an international dispute occasioned by the on-going enactment of laws aimed at empowering black South Africans. In the case, Piero Foresti, Laura de Carli and Others v. South Africa (ICSID Case No. ARB(AF)/07/01) Award of 4 August 2010, Italian investors sued the South Africa government at the ICSID. The Italians argued that black economic empowerment legislation enacted post their investment in South Africa are a form of regulatory expropriation that triggers compensation events under the BIT between South Africa and Italy. The tribunal agreed and a settlement was agreed to by the parties in favour of the investors. These BITs concluded with nations such as Britain, Germany, Netherlands, Italy, USA and others are still in force. Cancellation notices were issued in 2015 to various European countries, however, most of the BITs have sunset clauses that remain in effect for up to ten years after their cancellation. South Africa is replacing BITs with municipal law. The Protection of Investments Act 22 of 2015 makes the South African courts the final arbiter of all disputes with foreign investors. The South Africa government has argued that BITs are unconstitutional, international arbitral forums are unfair and some provisions of these BITs like FET prevent the state from regulating in the public interest!

What about SADC and the SADC Tribunal?

The SADC Protocol on Finance and Investment (PFI) of 2006, which was ratified by South Africa on 4 February 2008 and other member countries of SADC, sets a high bar for compensation for expropriation. Article 28(1) of the protocol allows investors to seek international dispute resolution after exhaustion of local remedies. The SADC Treaty of August 1992 and SADC model BIT released in July 2012 all carry provisions that forbid unfair discrimination. The PFI has similar provisions to those in BITs allowing international arbitration and prompt, adequate and effect compensation should the host expropriate assets of an investor. The SADC Treaty and PFI calls for investors in SADC to refer disputes to the SADC Tribunal after exhaustion of local remedies.

See the case of Mike Campbell (Pvt) LTD and others v. Zimbabwe, Case No. SADC (T) 2/2007 and Government of Zimbabwe v Fick and Others [2012] ZASCA 122. The South African Supreme Court of Appeal held that the decisions of the SADC Tribunal are enforceable in South Africa and property belonging to the government of Zimbabwe could be sold in execution of the SADC Tribunal’s costs order. This decision was upheld by the Constitutional Court on 27 June 2013. White farmers whose land was expropriated in Zimbabwe approached the SADC Tribunal for relief after losing an appeal in the Supreme Court in that country. The SADC tribunal ruled the land seizures that targeted a particular group or are discriminatory are in violation of the SADC treaty. The SADC heads of state decided at a 2011 summit to suspend the SADC Tribunal without providing much explanation for the decision. This SADC heads of state decision to suspend the tribunal was challenged in the Constitutional Court in South Africa and elsewhere, including at the African Court of Human and Peoples Rights. In December 2018, the South African Constitutional Court ruled that the participation of the president of South Africa in the SADC decision of 2011 to abolish the SADC Tribunal was unconstitutional, unlawful and irrational. The high court in Tanzania also made similar findings on a case brought before the court challenging the abolition of the Tribunal.

The AfCFTA and the African protocol on investments: what’s next for investors?

The analysis above aims to illuminate some of the prickly issues SADC member countries face as they attempt to achieve uniformity of regulation of foreign investment. It is not an easy endeavour. Other regional economic communities like the East African Community and the Economic Community of West Africa States, in a similar vein to SADC, have their own specific investor-protections provisions. Each state and regional block has national legislation and international-treaty obligations related to investor protections. This situation has created a plethora of rules, norms and regulations that multinational corporations operating across Africa must navigate. Imagine doing this over 55 times across all the AU member countries – it is totally exhausting and retards investment!

A solid case exists to rationalise, standardise and implement consistent rules with clear protections for investors. It’s not just about protecting western investors, but equally important for African multinationals operating across Africa. Case in point is the regulatory battles MTN has been fighting in Nigeria. The Africa Protocol on Investment should have a solid framework for how investments are admitted and regulated, with a quick and affordable dispute-resolution mechanism. The AfCFTA must resolve this matter adequately to promote more Africa investors to cross national borders and freely trade in a robust manner with their brothers and sisters. It is for this reason that all eyes will be on the final text of the African Protocol on Investments being negotiated under phase 2 of the AfCFTA implementation programme. Can the negotiating teams find the right balance between the aspirations of free trade espoused by the AfCFTA while preserving the rights of Africa governments to regulate in the public interest of their citizens? That is the big question.