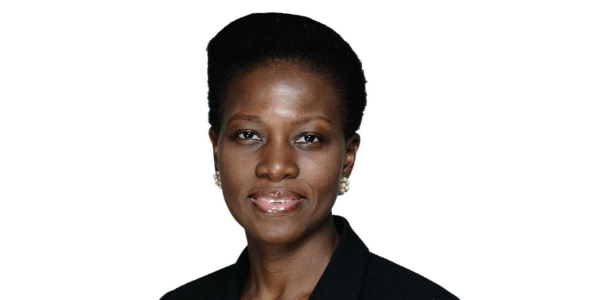 With South Africa hosting the BRICS Summit, there has never been a better time to champion the country and the broader continent’s agenda. BRICS serves as a timely reminder that as emerging markets make a greater contribution to the global economy than ever before, bilateral relations are also being reset to optimise new opportunities – ones which Africa must be part of if it is to realise its goal of achieving inclusive growth.

BRICS offers a unique platform for these emerging nations to find common economic and developmental challenges that can be best overcome collaboratively. Examples include removing barriers to investment opportunities, to the removal of obstacles to trade and the ability to create greater regional skills mobility. South Africa can use its role as chair of BRICS for 2018 to help forge greater cooperation and integration across the continent and to help Africa to further its interconnectedness into the global economy through trade opportunities, regulatory harmonisation and capacity building to attract more capital investment.

The “Africa rising” label may be a little jaded at this point, but the foundations of its macro-economic growth and stability in the last decade or more must not be allowed to be diminished. The changing demographics of Africa have helped its countries make great strides, aided by convergence of the right economic policies with new technologies and improved external trade links and greater regional integration. This is epitomised most recently by the African Union’s Continental Free Trade Area signed by 44 countries earlier this year to fuel this sustainable development.

But while Africa looks to make its own inroads internally, through greater regional integration and trade corridors, it is its outward strategy around foreign direct investment, particularly through the long-standing China-Africa connection that can help secure a sustainable future. Foreign investment is critical to diversifying Africa’s economies by diverting flow to those sectors of the economy with the greatest chance for export-led growth. Additionally, economic growth can be enhanced through local capacity building, fuelling the sustainability of local economies throughout the Africa-China corridor by presenting the opportunity for both SMEs, conglomerates and government-funded entities alike to tap into these investment and capital flows.

Indeed, most African business and government leaders tell us that they believe the Africa-China opportunity to be the largest opportunity presented by any foreign partner. Moreover, it also means Africa can chart a course that will be interconnected with other emerging markets and therefore inextricably integrated into the drivers of the global economy. Africa-China trade is undisputedly, the most important external economic dynamics for our continent, and one that will only be enhanced through further Chinese investment and a deepening connection.

Chinese aspirations into Africa are evolving as the relationship between the two regions broaden and matures, giving rise to new investment trends. The change is being driven by complementary shifts in strategic focus of both China, as well as African nations away from acquisitive behaviour to longer-term investment opportunities that can not only build crucial infrastructure, but also provide expertise in their markets.

The One Belt One Road (OBOR) leverages the established trade routes to create a new and more far-reaching one but is still true to the natural extension of its historic ties with Africa. While China forges its trading ties into more diverse regions, the OBOR initiative is a key development in driving continued collaboration and diversifying opportunities between the China-Africa corridor. The enhancement of two-way trading volumes between Africa and China will be an important step rather than the more skewed situation currently, more biased toward Africa as an importer than its role as an exporter.

Yet the opportunities lie far beyond tapping into the investment and capital flows of this vast project. Success will be measured not just in terms of “concrete pouring”, but in the capacity-building created across the value chain of the Africa-China corridor. These benefits extend to industrial expansion, unparalleled investment, intellectual capital and skills development between the two nations to create industrialisation on an unprecedented and previously unfulfilled scale.

As the OBOR serves as the catalyst for a new dawn of collaboration between Chinese partners, it is incumbent on Africa to leverage new opportunities to extend its role as a key trading partner. Increased deployment of the renminbi across Africa trade, both as a reserve and settlement currency will also enhance trading opportunities and mitigate current liquidity challenges.

In line with Africa’s demands, the global emerging market aims of the Chinese government and the major sustainable business opportunities on the world’s fastest-growing continent, many Chinese investors have already shifted their Africa strategies towards a long-term capital investment and partnership focus.

This is consistent with the evolution of the economic relationship between China and Africa and the ever more long-term focus of most Chinese investments on the continent. Today’s ties go beyond the facilitation of capital flows and cross-border trade, to enable Chinese companies to be embedded into African economies and its fortunes as the last emerging frontier more than ever before.

Rather, the quest now is for far greater sustainability from Chinese business and government alike, in order to become a long-term partner with emerging markets. This public-private outlook is a unique opportunity for a continent like Africa who can stake their relevance to initiatives such as the One Belt One Road initiative but also leverage broader bilateral alliances such as BRICS.

In many respects, China’s established success in Africa serves as a guideline for OBOR. Chinese firms have a long track record of building infrastructure in these countries, learning many important lessons along the way. As we look to the second decade of the BRICS alliance during the forthcoming BRICS Summit, its relevance inextricably lies to Africa’s own success.

Africa must be part of the emerging markets’ growth story and ultimately their developmental agendas. Isolated bilateral and or trade relations will fail to yield the broader opportunities of new trade zones that the likes of BRICS or the OBOR present. Africa’s potential lies in its ability to work together through its own regional integration to fuel its broader global economic ambitions.

Sola David-Borha is the chief executive for Africa regions at Standard Bank Group.