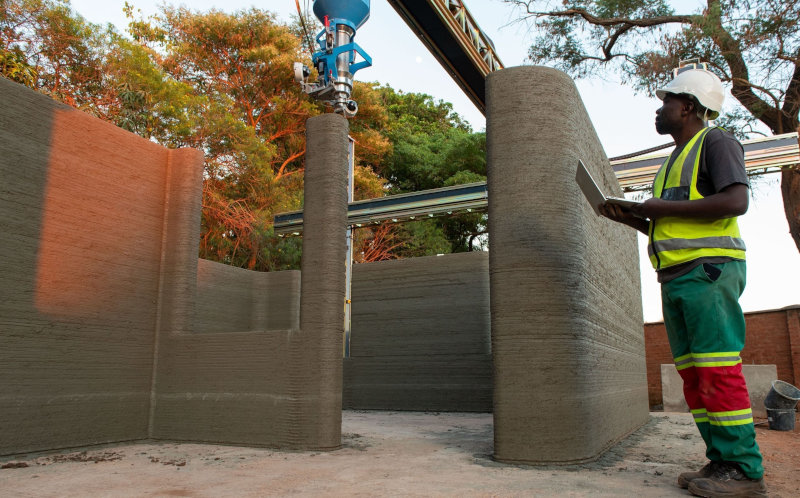 A lack of safe, affordable housing can trap people in poverty. Building homes can end that while creating jobs and income.
Image by CDC Group

There is a housing crisis taking place across many parts of Africa. Nigeria alone has an estimated shortfall of 17 million housing units. Part of the problem is that every day around 40,000 people relocate to one of Africa’s many vibrant, growing cities. But those cities are struggling to keep up with the demand for new homes, leaving many people with nowhere to live.

The World Bank’s International Finance Corporation (IFC) says the shortage is caused in part by a lack of development in the continent’s house-building industry. But that might be about to change with the availability of new technology and techniques that could speed up and streamline the building of homes. 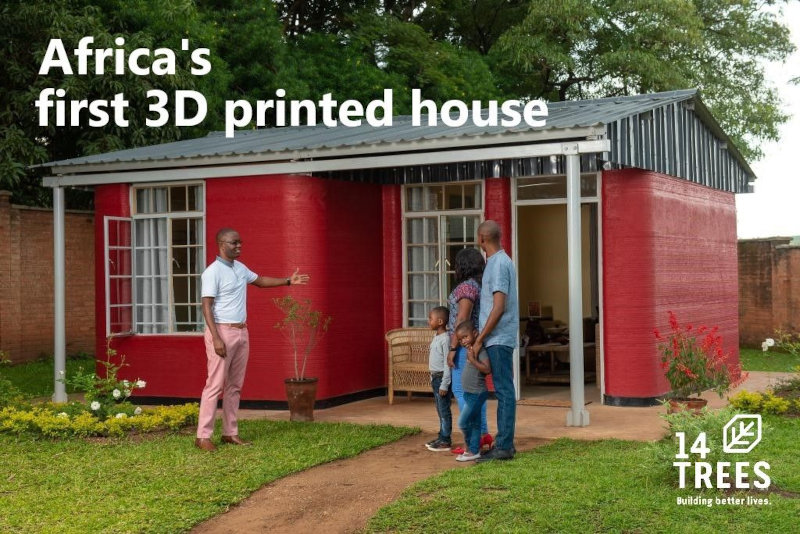 A joint venture involving CDC Group – the UK government’s development finance institution – and the European building materials multinational LafargeHolcim, is 3D-printing houses and schools in a fraction of the time it would normally take.

Called 14Trees, it has operations in Malawi and Kenya, and is able to build a 3D-printed house in just 12 hours at a cost of under $10,000. Its building process reduces CO2 emissions by as much as 70% when compared with a typical house-building project. It has also developed an online platform for the African diaspora, encouraging people to invest in a “home back home”.

The company’s first-ever affordable, 3D-printed home was built in Lilongwe, the capital city of Malawi. 14Trees has also recently completed its first 3D-printed school, also in Malawi. Built in a fraction of the time a traditionally built school would take, it opened its doors to students on 21 June.

Tenbite Ermias, managing director of CDC Africa, said: “The rollout of 14Trees’ world-class, cutting-edge technology is going to have a tremendous developmental impact on Malawi and the wider region. It is a wonderful example of how we are investing in businesses that can support the UN’s Sustainable Development Goals.”

Brilliant to see the world’s first 3D-printed school opening in Malawi. The school was built by 14Trees, a joint venture between @LafargeHolcim and us. @UNICEF estimates there’s a shortage of 36,000 classrooms in Malawi alone.

Much of Africa has been experiencing rapid urbanisation in recent decades. “As of 2015, 50% of Africa’s population lived in one of 7,617 urban agglomerations,” says a report from the US-based Brookings Institute.

But it’s not only in Africa where 3D house printing is promising to revolutionise the homes people live in. In the Mexican state of Tabasco, a collaboration between Mexican and US businesses has helped create the world’s first 3D-printed neighbourhood. Built to withstand floods, earthquakes and other natural disasters, the 50 homes have two bedrooms, a living room, plus a kitchen and bathroom.

The technique is also being used in the United States and Europe to create unique homes for private buyers and to help alleviate the problem of homelessness. Meanwhile in India, the country’s first 3D-printed home was completed in five days in the city of Chennai.

The 14Trees building projects is one example of public-private cooperation helping to create jobs as well as housing across Africa. The IFC is working with a Chinese multinational construction and engineering company, CITIC Construction, and plans to build 30,000 homes over a five-year period by partnering with local businesses across Africa, and estimates that each housing unit will create five full-time positions, equating to 150,000 new jobs in all.