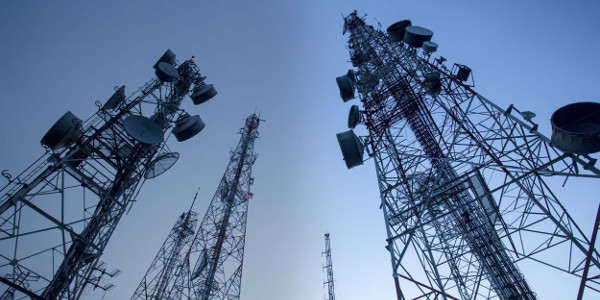 Ten years after the launch of the first commercial 4G mobile networks, the next revolution in mobile communications is just around the corner. Across the world, telecommunications companies are gearing up for the rollout of fifth generation (5G) networks. Around 20 operators expect to launch 5G services during 2019, although it will probably be 2020 before the network infrastructure required to support widespread adoption is in place.

Industry players are spending eye-watering sums in the race to make 5G a reality. The UK raised £1.4 billion ($1.8 billion) in an auction of radio spectrum for 5G services last year. A bidding war in Italy saw its spectrum sell for €6.5 billion ($7.4 billion) in October. A similar auction in Germany this spring is expected to raise €5 billion ($5.7 billion), provided legal objections by operators can be overcome.

Those numbers are only part of the story, however. Once they have acquired the rights to parts of the radio spectrum, operators need to build the networks to use them. Consultancy Accenture estimates that US operators will spend up to $275 billion over the next seven years to build their 5G networks.

With so much on the line, 5G technology must offer some compelling benefits and speed is the feature that usually receives the most attention. 5G networks will allow devices to download data at more than 1 gigabit per second (1gb/s). That is at least 10 to 100 times faster than today’s 4G services. At demonstrator sites, operators have wowed audiences with displays of bandwidth, simultaneously transmitting a 360-degree virtual reality display and 12 ultra-high-definition video streams over a single network connection, for example.

Those blistering speeds will allow users to do things that would not have been possible in the past, like downloading a large movie to their phone in just a couple of seconds, for example. However, when did you last need to download a whole film to your phone over a mobile network? The advent of cloud computing has dramatically reduced the need for most people to carry masses of data around in their pockets. A good 4G connection is more than adequate to stream high-quality video to the screen of a mobile device.

In reality, says Guido Weissbrich, Director of Network Planning and Optimisation at mobile operator Vodafone, “It’s hard to imagine a use case that requires more than 1gigabyte per second (GB/s) in mobile, although the future may prove me wrong.” Instead, he points to three other dimensions that differentiate 5G networks from their predecessors: capacity, latency, and customisation. The first two of those dimensions are evolutionary, he says, but the third is revolutionary.

Capacity is the reason network operators have no choice but to invest in 5G. The phenomenal success of smart devices, connected vehicles and the internet of things is putting today’s mobile data networks under increasing strain. “Right now, we’re experiencing 50 percent year-on-year growth in mobile data traffic,” says Weissbrich. “If you project that forward, then by 2022 or 2023 mobile operators will not be able to fulfil the demand for data services using the spectrum they have available, especially in densely populated areas.”

To be prepared for these challenges, Operators need to find ways to improve “spectral efficiency”. “It’s about getting more bandwidth out of the air,” says Weissbrich. “Capacity is related to speed, but we are really talking about being able to meet the demand in the areas that need it.”

Consultancy BCG estimates that improvements to 4G networks should roughly halve the cost of delivering each gigabyte of data traffic over the next six years, but then the savings will tail off. 5G technology, by contrast, could slash those costs by as much as 90 percent over the same period. So as well as boosting the capacity of mobile networks, 5G technology should also make them dramatically cheaper for operators over time.

The second big change is latency. Today, when a user presses the “submit” button on a Google search, it takes around 50 milliseconds for the request to travel across the network to Google’s servers, and for the search result to make the return journey. In a 5G network, that round-trip time will fall to around one millisecond.

Those fractions of a second saved will make little difference to the casual web user, but they are fundamental in a wide range of other applications. A low-latency network is essential for the real-time control of equipment like autonomous forklifts or robots, the wireless control of production lines or complex industrial processes. Low-latency networks in deep harmony with other technologies like cameras, sensors or Wi-Fi are also considered an essential technology for self-driving cars, allowing them to communicate with each other quickly enough to make safety-critical decisions.

The third major dimension, and the one that Weissbrich describes as revolutionary, lies in the way operators will implement 5G networks. 5G technology allows for an approach called “network slicing”. This means that, rather than all users connecting to the same network, operators can carve out subnetworks with characteristics tuned to suit the specific requirements of their customers. A network slice aimed at consumers might emphasise fast download speeds and wide geographical coverage, for example. One designed for autonomous cars might prioritise low latency, and a network for internet-of-things devices might be slower, but optimised for low power consumption.

If you build it, will they come?

Of course, to turn potential into reality, operators like Vodafone need to actually start building their 5G networks. That is going to be a complex undertaking. Thousands of existing network base stations operators have to modify, for example with new “beam-forming active antennae” added alongside the existing 4G ­equipment. The connections between base stations and the rest of the network require upgrading too. Operators do that with a combination of high capacity optical fibre cables and microwave radio links.

In areas of high demand, operators will also need to install many additional antennae to create denser networks and deploy smaller base stations, more like a Wi-Fi router than a conventional mobile phone mast. These will provide extremely localised coverage, perhaps connecting users within a 50-metre radius.

However, antennae and cables are only part of the story. The high-speed, low latency networks required to manage communication with autonomous cars or industrial control systems will also require fundamental changes to upstream infrastructure. The overwhelming need for responsiveness in these applications is driving the development of the “edge cloud”, an approach to networked computing where tasks shift from centralised data centres to infrastructure located as close as practical to the point of use.

Operators see the appetite for edge infrastructure as a major business opportunity. Vodafone is planning to build real-time data centres, which it embeds in the extremities of its network, allowing them to deliver services without the need to shuttle data backward and forward over hundreds of kilometres of internet cables. Ultimately, this might involve computers installed inside a 5G base station on a corporate campus or industrial site, running dedicated applications for that particular customer.

In the short term, says Rob Siegers, President Global Technology, DHL, it is clear that operators are targeting business and industrial users as the first major customers for 5G services. “While the evolution from 2G to 4G had a big impact on the way end consumers used mobile phones and data services, it looks like the effect of 5G will be more incremental for them. At the moment, the major emerging opportunities from the technology are in new and expanded business applications.”

Vodafone, says Weissbrich, is already talking to business users about the installation of localised 5G networks on campus sites, or private 5G networks. The company has also opened a 5G mobility lab in Germany to support technical development work with automotive customers.

5G for the people

In addition, even as the technology moves into the consumer space, it looks as if mobile handsets will not be at the front of the line. Operators are excited about the potential of “fixed mobile broadband”: 5G connections that will deliver internet connectivity to homes and offices. That technology will allow mobile operators to compete with conventional broadband providers, and will also help to bring fast connections to locations that don’t currently have access to fixed line services, e.g. via fibre or cable.

So what about 5G in your pocket? It is coming, but not quite yet. Many manufacturers including Huawei, LG, Samsung and Xiaomi introduced 5G-ready smartphones at the Mobile World Congress in February. These phones are yet to come to the market.

There are plenty of hurdles that business, industry and operators have to overcome between now and then. 5G technology is right on the frontline of global political and trade tensions, with the US and several of its allies raising security concerns about the use of Chinese equipment in critical network infrastructure.

Operators like Vodafone, meanwhile, need to ensure that their investments in 5G networks are a commercial as well as a technical success. In Europe, Weissbrich points out, high prices paid for radio spectrum licences could leave operators with less to spend on network infrastructure. “We need to ensure that we create an environment that is investment-friendly,” he says. “5G is a worldwide competition, with the US and China pushing very hard right now. If Europe wants to keep pace, it’s important that politicians, network operators, equipment manufacturers and industry players are all on the same page.”

This article was first published in DHL’s Delivered magazine.