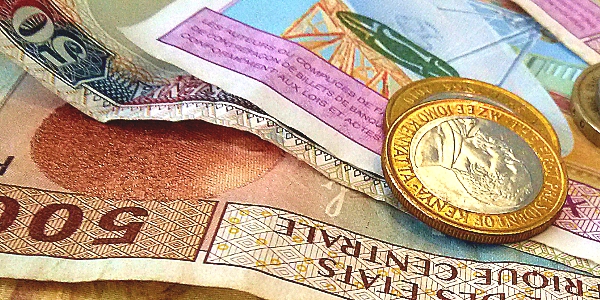 Morocco rejoined the African Union (AU) in January after a 33-year absence. Last month it raised eyebrows when it also applied to join ECOWAS. While it had quit the AU over its recognition of Western Sahara, it rejoined without any further progress on the issue, and Western Sahara remains a member. Instead, as King Mohamed VI said in his speech to the AU Heads of State, Morocco has “no intention of causing division,” and this represents a significant change in its foreign policy stance.

Why then has Morocco applied to these regional organisations without its core interests in Western Sahara being resolved? As the country’s leadership acknowledged, the Maghreb region’s economic integration has faded, with just 3% intra-regional trade in the Arab Maghreb Union compared with 10% amongst ECOWAS members and 19% amongst SADC members. Driven also by uncertainty in the European Union, Morocco has returned to Africa for heightened market access, regardless of historical political disputes. But can African regional arrangements deliver?

The TFTA and prospects for integration

Africa’s regional integration represents a conundrum. With eight official regional economic communities (RECs) that are intended to be the building blocks of the African Economic Community (AEC), it has the largest number of regional groupings of any continent. On the other hand, the impressive number of economic integration efforts is not commensurate with the level of trade in the region today. Trade within Africa remains the lowest of all regions of the world. 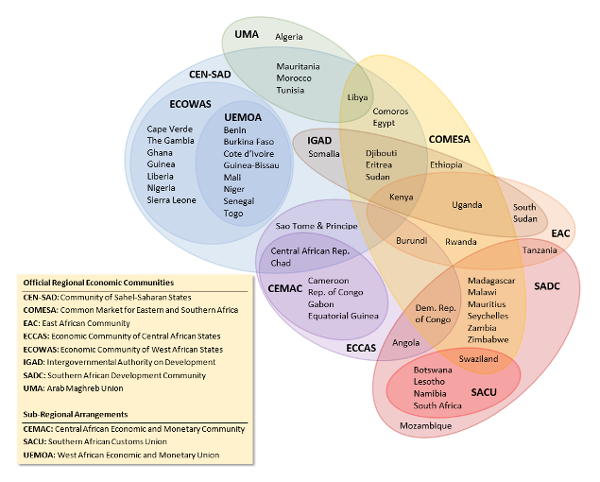 However, African states recently agreed the Tripartite Free Trade Area (TFTA), a massive free-trade agreement that would link three of the communities – COMESA, the EAC and SADC – into a single ‘Cape-to-Cairo’ free-trade zone. The 26 TFTA countries contribute some 60% of the continent’s GDP. More importantly, it is the litmus test for whether all 55 African states can proceed towards the more ambitious Continental Free Trade Area (CFTA), which they have begun to negotiate and are intending to sign eventually. While the TFTA has been signed since 2015, it has still to garner even a single of the 14 ratifications required for it to come into force, as delays in negotiations have hampered agreements on a core document to ratify.

One potential stumbling block is the existence of the Southern African Customs Union (SACU). As a customs union with its own common external tariff, the TFTA would undermine, if not repeal, SACU altogether. Reticence from South Africa, the largest economy in its sub-region, is therefore a worry. However, the messy nature of negotiations does not undermine the point that Africa is bucking the anti-globalist mood in the West and increasing its integration efforts. The mistake would be to measure it according to narrow parameters that ignore the conditions African economies are working to overcome. Therefore, to understand the prospects for the TFTA, and the CFTA being negotiated right now, one must understand the history of regional trade in Africa.

African states have dreamed about trading more with each other across their borders since independence, particularly in order to reduce their dependence on former colonial powers. This emancipatory spirit has led to the formation of numerous RECs, which operate at the sub-continental level and are intended to form the ‘building blocks’ of the overall integration effort. In reality they look more like a ‘spaghetti bowl’. A common theme here is rivalry, wasted resources, and lack of cohesion in trade policies, since African states prefer creating brand new organisations rather than replacing the ones they already have.

For example, in west Africa, francophone states created UDEAO (1966), a preferential trade area with no common external tariff. This eventually evolved into CEAO (1972) and then into UEMOA (1994), the latter of which is a monetary union using the CFA franc. Unlike its predecessors, UEMOA has a common external tariff. Meanwhile, ECOWAS (1975) comprises both anglophone and francophone west African states. It aims for a full economic community with an eventual single currency and to be the only framework in the sub-region for intra-regional trade. This has led to much conflict since ECOWAS has no mechanisms to ensure its policies have primacy over those of UEMOA. Finally, there is the Mano River Union (1973), consisting of Guinea, Liberia, and Sierra Leone. While not an officially recognised REC, its existence nonetheless leads to further fragmentation and duplication of efforts. In 2000, west Africa also saw the formal launching of WAMZ, the West African Monetary Zone, which is to create a single currency, the Eco, among six of the ECOWAS member states. No plans have been agreed on how the Eco will deal with the existence of the CFA-franc.

The same story of duplicate, parallel, and competing regional arrangements exists in other parts of Africa. Despite the proliferation of trade arrangements, the resulting trade patterns have been disappointing. Between 1959 and today, regional trade has only moved from 10% to 12% of total trade, having dipped to a mere 5% in the 1980s. The IA 2013 report by UNCTAD acknowledged that the numerous regional integration initiatives had “largely failed to uplift the economic conditions of African economies and ensure sustainable growth and development, and intraregional trade as a proportion of total trade remains much lower in Africa than in other developing regions such as Asia and Latin America”.

Half of the African states have a population of less than 10 million. Only a fifth of them have populations of over 30 million. Moreover, just over a fifth of countries are landlocked. This makes Africa one of the regions least able to afford to pursue an independent approach to development. Creating larger markets and trading more with each other would seem excellent ways of countering these weaknesses. Nevertheless, there are many reasons for the low levels of trade.

First, while these organisations are presented here primarily as economic units created to foster trade, in reality their mandates have broadened to incorporate many other priorities. As leading trade expert James Thuo Gathii has noted, in the African context, “integration is regarded as a diplomatic strategy of cooperation on a range of issues, including infrastructural, industrial, political and economic concerns, as well as for balancing forces between the [Regional Trade Agreement] members on the one hand, and the global economic system on the other.” Conflicts have often been far more pressing concerns as the threat they pose to destabilising entire regions is fundamental. Inequality between states has also heightened the need for flexibility, a characteristic often built into the free-trade agreements and customs unions directly.

Another critical challenge to trade in Africa is structural. African states are largely producers of basic commodities such as natural resources and agriculture. With low diversification, they end up as competitors, rather than complementary neighbours, with few distinguished products to make comparative gains through intra-regional trade. Low levels of infrastructure connectivity aggravate matters, since it makes transport over national borders and hinterlands costly and inefficient compared to shipping to the rest of the world.

Problems also persist at the policy level. In the 1980s, structural adjustment wreaked havoc on African countries and led to a period of de-industrialisation. And whereas there have been many attempts to create regional arrangements, those same regional plans have barely been implemented at the national level.

Finally, the member states have also shown little regard for cohesion and coherence when it comes to their memberships of these organisations. This year, Burundi, already a member of ECCAS, COMESA, and EAC, also applied for membership in SADC. Most states are members of at least two officially-recognised RECs of the AU; when including the unofficial ones, several states are members of as many as four or five. As in the case of west Africa and southern Africa, this leads to not just overlap and confusion, but to rivalries between RECs. Tanzania, for example, has used its memberships in both the EAC and SADC to secure strategic gains that have ended up hurting regional integration. Commitment to so many groups also means fewer resources to go around. This in turn stunts the development of the organisations and diminishes their potential positive impact on intra-regional trade.

Morocco setting aside political concerns to rejoin the AU, and thus the CFTA, signals the importance of trade in the country’s economy. Other African states should take this cue and rethink the numerous political differences that have hindered trade with each other. Nevertheless, Morocco also needs to tame its expectations, as African economic integration is not a straightforward process. The post-independence history of African trade has shown that unless sacrifices are made to resolve contradictions, the process of integration will be even slower and more stuttering than need be.

The TFTA needs national implementation to be strong and sustained. Too often, member states have shown willingness to draft policies and treaties, but falter at the first hurdle – typically political issues at the national level. Furthermore, member states’ overlapping memberships have hampered intra-African trade. The TFTA will only succeed if it manages to simplify and harmonise the competing arrangements in the three RECs it comprises. If it dodges political questions and thus adds another layer above them, it will end up thwarting regional trade. Most importantly, African states must accelerate the TFTA negotiations and ratify the agreement more quickly. Because if it fails, few will give any credence to the CFTA.