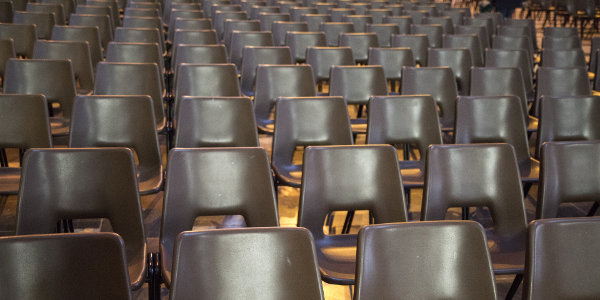 For tech entrepreneurs, events are sometimes the ‘juice that keeps us going’. We think they’re great because they provide us excellent networking opportunities, insights from start-up ‘thought leaders’, information on cool things happening, and of course, loads of freebies (free food always tastes good to me!). But they’ve morphed to become monotonous monsters. They all seem the same. Meaning in no time, we – speakers, attendees and organisers – eventually become jaded.

To be clear, I love events, and this is not a rant against them. But since I serendipitously (started from Radar) became one of the organisers of BTNG (a London based community for tech innovation for Nigeria), I’ve had ample time to reflect (aided by loads of conversations with my fellow BTNG co-organisers), about events. I’ve done so while considering it from the dual perspective of an attendee, and organiser. And I’ve come to the realisation that they can indeed be better.

Here are the three things organisers get wrong:

Everyone loves a big crowd! The number of attendees is the key metric that most event organisers hold dear to their heart. And if the President of the United States can insist that he’s just had the largest turnout EVER for an inauguration (false), then it’s fair to say, crowd size is no joke.

But here’s the thing: increase in attendance is at best, a poor metric to measure impact. And at worst, a vanity metric which is detrimental to the value gained by participants from attending. Here’s the way success looks like in an event organiser’s mind:

However, for a typical attendee, this is what happens:

The point is the increase of attendees can have a direct negative correlation to the value they perceive from their attendance. Organisers keep optimising for it because it gives the illusion of success and growth. However, optimising for size has a ripple effect on various decisions. For instance, to get more people you probably need a bigger space (new venue/how to pay for it?). Then you require more speakers or established speakers (dilution of content/speaker fees?). Space and speakers can lead to costs snowballing (charge attendees/search for sponsors?). And on and on you go down that rabbit hole.

A better option? Instead of size, optimise for repeat attendees.

Audience as a spectator

An offshoot of having a large number of participants is that the audience becomes reduced to nothing more than a spectator in a glorious sport. You’re expected to sit down and enjoy the spectacle, similar to how you turn up for a Beyoncé or Wizkid’s concert – attend and be entertained.

The reasons for this are two fold: Firstly, the larger the size, the more likely the event has to be heavily scripted and regimented – for crowd control purposes. Secondly, because the organisers are forced to cater to the larger group, the needs of individual attendees becomes the lower priority.

However, it can be argued that a lot of organisers are aware of this particular problem and actively working to provide a better experience irrespective of crowd size. Hence, the use of tactics such as giving the audience a chance to ask questions, speakers tailoring their slides to have ‘tweetable nuggets’, exclusive prizes, games, etc. But this is all just scratching the surface.

The truth is that you gain more from events which don’t treat you like a sheep on a farm but allows you reasonable time and space to do your own thing.

A better option? Create the event with individual experience in mind.

Now, nobody can guarantee that will happen at any event, so ‘networking’ is the inferior substitute offered. The only problem with this is that even if you’re resilient, and the fakeness of ‘classic networking’ doesn’t bore you to death. That is you’re some extrovert champion – the type that loves to dish out business cards, while sizing up people to gauge what they can do for you, etc. You still face the sad realisation that your ‘skills’ will be better utilised in a less cut-throat environment. A place where you can have those genuine conversations and get to know interesting people.

Then you stand a greater chance of a positive response when you ask for that: intro email, review of your project, ‘let’s grab coffee so I can pick your brain’, promote your gig, etc. And from BTNG, I know this works as I’ve made connections who have gone on to provide valuable contributions to my start-up PrognoStore. This has happened not because of some clever gimmicks from the organisers (of which I’m one of six), but because I’ve gotten to know the people.

A better option? No to networking, yes to connection.

By now, you probably realise that size is the common denominator. If you’re too big (whatever that means for a particular firm), then it’s only natural that people are viewed as mere spectators, and real connection suffers. Also, it’s worth pointing out that some of the firms behind events are start-ups as well. And like any start-up – money, hype and fame are part of the rewards on the table. In this scenario, they’re only a physical representation of your favourite app – they want more of your attention, or better still, more people like you. Which means they can be valuable to third parties — such as sponsors, advertisers, etc. Nothing wrong with this approach – but good to know where their interest lies, and why they always tend to aim for ‘bigger than last year!’.

You might think all of the above are misguided, or maybe, correct, but self-defeating to implement. But I know a community willing to give it a shot.

Ade Olabode is co-founder Prognostore.com. This article first appeared on his blog.