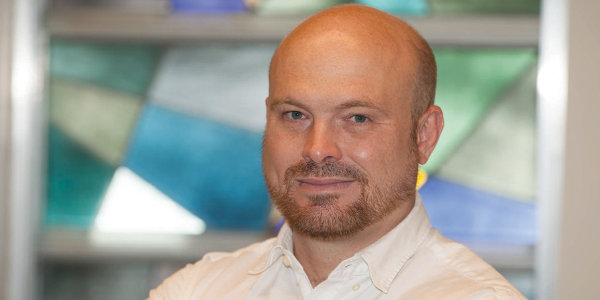 At the height of West Africa’s Ebola outbreak in 2014, Kenyan-headquartered technology company Ona was contracted by development organisations and governments to enable collection and management of data. At the time more than 1,000 people had died from Ebola, and a number of countries had banned entry to travelers from or through Sierra Leone, Guinea and Liberia.

There were fears of a global outbreak, and in the affected countries, health experts, donor organisations and governments worked hard to contain the disease. In Liberia and Sierra Leone, they used Ona Data, Ona’s flagship product, as part of their infection control efforts.

“They were using it at health facilities to develop checklists to ensure health workers were following specific protocols so they wouldn’t get infected,” says Matt Berg, co-founder and CEO of Ona. “In Sierra Leone, Ona was used to map homes that needed to be contained. If there was a household member who had Ebola, and the home had been quarantined, [health workers] would identify and map those houses which needed food, water and other supplies. NGOs and governments would then send military, volunteers or health workers to deliver the supplies and other support those households needed.”

Tech for development and humanitarian work

To use Ona Data, one has to sign up for an account on its website, and can then create projects and invite others to collaborate. Data collectors in the field then download an app, which enables them to take photos, capture GPS locations and record findings from their observations and interviews responses – with or without an internet connection. Organisations can also send SMS questions directly to respondents. Managers are able to see field reports in real time, and can visualise the data using maps, summary charts and graphs.

“We are currently working with the Government of Nepal and the World Bank to map post-earthquake damage in Nepal. About 1,800 engineers are going across the country mapping every building that was damaged. This data is vital before they embark on reconstruction,” says Berg.

“We are also supporting humanitarian programmes in Somalia where our partners are sending people to the field to do independent verification – check that schools were actually built, boreholes were sunk, and food has been distributed – and monitor accountability and effective use of finances especially, where they have sub-contracted service provision.

“In Kenya one of our partners is introducing a new immunisation for children and they want to do a post-vaccination survey to measure the impact of the campaign.”

The majority of Ona’s customers are governments and development organisations such as UNICEF, the World Bank and the World Health Organisation, with which it worked on projects in Africa and abroad.

“There is a lot of money in aid, especially in Africa. It’s a big industry and there is opportunity to create technology solutions for these large organisations. If we can make the billions of dollars spent on aid and humanitarian work more efficient and more transparent, that will be a big success because today the problems are getting bigger and the funding smaller and smaller,” says Berg.

“Right now our partners use their own staff or contract other people to collect data. In the future we want to skip that and have networks of ‘data entrepreneurs’ who can report the price of maize for instance, or attendance of teachers at a school, or the security situation, and be paid a small amount of money.”

Some of the challenges Ona faces today include access to financing.

“We just hired an operations manager, something we should have done last year but we did not have the finances then. We have teams in Kenya and the US, and sometimes managing virtual co-workers is difficult. But still we have managed to build a good culture of excellence. Today we have an engineering team in Nairobi that is as good as one you would find anywhere else in the world.”

Ona is Berg’s first attempt at entrepreneurship. He was born in Cameroon, raised in Senegal and went to the US for his studies. Until he started Ona two-and-a-half years ago, Berg worked on various technology-centered development projects and was in 2010 named in Time magazine’s top 100 most influential people in the world.

“I have an MBA, but I learnt more in the first two months of running this business than I did in business school. I have learnt in entrepreneurship you always have to take responsibility for everything. You need to communicate your mission to your team. To build something that is sustainable, it’s essential you also invest in your own team.”