New tax incentives for investment in research and development (R&D) in South Africa’s energy and natural resources sectors could play an important role in boosting the country’s economic growth, according to Mohammed Jada, KPMG head of R&D tax and incentives in South Africa. 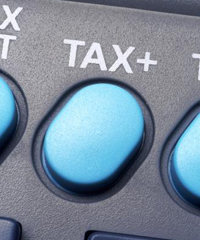 “The constant force of reacting to the rise and fall of global demand polarised by a dominant Chinese economy, fluctuating commodity and currency prices and the dynamics of South African labour requires business leaders to be both vigilant and visionary – not an easy task.”

While Jada stresses that there is no single solution to these struggles, he argues that “a renewed focus on innovation in science and technology is required”.

South Africa’s economic growth can be negatively impacted when its energy and natural resources sectors perform poorly – as seen last year with the turmoil surrounding the mine worker strikes. However, advancements in science and technology through R&D investments are increasingly acknowledged as necessary for the growth and development of South Africa, and Africa as a whole.

South Africa is behind on its investment in R&D compared to developed countries like the US, but is ahead of the large majority of African countries.  South Africa is one of only three countries – alongside Malawi and Uganda – that spends around 1% of its GDP on R&D. The rest fall considerably short of this mark.

However, governments are becoming increasingly aware of the economic benefits of companies investing in R&D. The South African government has therefore provided an incentive for increased investment in the form of an additional 50% tax deduction that can be claimed on eligible R&D spend – based on pre-approved systems. New legislation, that became effective on 1 October 2012, has relaxed previous restrictions on claiming incentives for companies in the energy and natural resources sector, according to Jada.

The incentive aims to encourage South African companies and business leaders to undertake innovation and invest in R&D. In June last year Godfrey Mashamba, chief director overseeing the incentive at the Department of Science & Technology in South Africa, said at a KPMG seminar that R2 billion (over US$233 million) of tax revenue had been foregone by the South African government as a result of the R&D incentive.

“The benefit of extracting value (albeit in the form of a tax deduction) from current and future R&D spend is that this lowers costs, improves cash flow and returns to shareholders – and ultimately enables our country to compete on a value basis in this globally-coupled economy we live in,” adds Jada in a press release last month. “Investing in innovation ‒ sounds like a win-win proposition.”