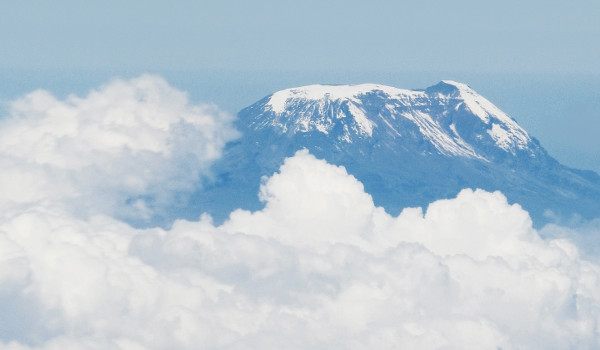 Africa’s tallest mountain, Mount Kilimanjaro, is a top tourist attraction in Tanzania. According to Post Magazine, the mountain pulls over 50,000 hikers every year, each of whom spends approximately between five and eight days to summit the 5,895m peak. Hiking tourists are required to employ a group of porters, usually organised through local tour operators, to carry the equipment and assist them with the trekking.

A serene and scenic town with modest business activities, Moshi benefits from its geographical proximity to multiple hiking routes onto Kilimanjaro, making it a hub for tourist agencies, operators and hospitality facilities for the hikers. It is estimated there are over 250 tour operators in Moshi, offering mostly organised hiking tours for Kilimanjaro. European hikers are traditionally the most frequent visitors, yet, these days, many Chinese have shown interest in this unique experience.

“In 2017, the number of Chinese tourists visiting Africa has risen to nearly 800,000 and is growing at a rate of 50% per year,” says BJNews, a Chinese news portal. According to Ctrip, China’s largest tourism intermediary website, Tanzania is the ninth most popular African destination among the Chinese tourists due to its relative proximity to China as well as its relaxed tourism visa policy.

This trend should be good news to Moshi’s tourism industry. Although there is a lack of accurate data online, just by browsing the comments posted by Chinese tourists on several reputable Chinese tourism information portals, one can sense the number of Chinese hikers completing Kilimanjaro trips increased significantly between 2016 and 2018. Many of them are young people below the age of 35.

Described in their online comments, hiking Kilimanjaro is associated with some romanticism influenced by the famous “The Snows of Kilimanjaro” by American writer Ernest Hemingway. Some also indicated that the mountain’s melting glacier cap urges them to visit as soon as possible.

However, this growing opportunity does not seem to catch the attention of Moshi’s tour operators. One tour operator told me competition is not high, and they always have enough sources for clients. The local tour operators often concentrate on serving certain markets they are used to. For instance, a tour operators’ agents in Iran and the Netherlands could bring them enough tourists in a year, or a Japanese group they served wrote a famous blog article that makes the tour company become highly exposed in the Japanese community. After all, each tour company can earn enough by serving only 10 to 20 groups of tourists per month

An obstacle for local tour operators to host Chinese tourists seem to be the pricing factor. Unlike Chinese tourists for safari and beach activities in East Africa, Chinese hikers for Kilimanjaro are experienced travellers and adept at price comparisons across both Chinese tour agents and Moshi-based operators. Many tour operators in Moshi found while European hikers are generally willing to pay between $1,700 and $2,500 for a hiking package, the Chinese often manage to shop widely on the internet and identify the lowest price among tourism agents, usually at around $1,200.

“We won’t be able to pay for our crew properly with that price,” a Moshi tour operator told us. He further explained that the number of European tourists is increasing and therefore he doesn’t need to reduce prices for the Chinese groups. “There is no competition in this market and everyone can get their customers if marketing is done properly,” he said.

On the other hand, those who discovered the potential of the Chinese market understand they must make an effort to match the expectations of Chinese tourists. One forward-thinking and resourceful tour operator we visited managed to reduce transportation costs by using its own vehicle, so as to provide a quote acceptable to Chinese tourists. He further noticed that because Chinese tourists often rely a lot on online information, he needed to put more focus on internet marketing, rather than relying on referrals. “I plan to invest in building our Chinese website as well as promoting through Chinese online travel agency platforms,” he added.

On selecting Moshi’s local tour operators, Chinese hikers favour those who translate their website content into Chinese. Statistics also show that Chinese tourists are generally willing to spend between $2,000 and $3,000 for a trip to East Africa. Taking time to understand the Chinese market is key for Kilimanjaro’s tourism industry to take advantage of this great business opportunity.