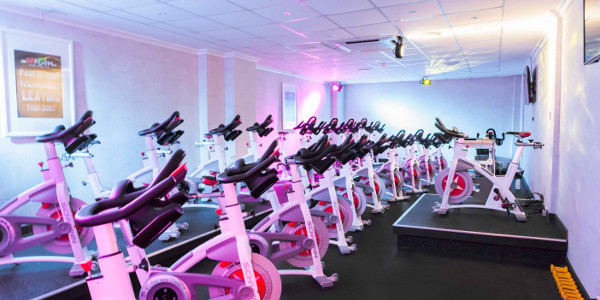 Impressive economic growth, rapid urbanisation and the growing influence of western culture and diets have seen a growing number of fitness centers being set up in Kenya in recent years.

This trend, coupled with experience as an athlete in her formative years, drove Saloni Kantaria to quit her legal practice and open Reform Cycling and Strength Studio this year.

“In 2013 I just started to notice the city was changing very, very quickly,” says Kantaria. “Lots of things were going on. New concepts were opening up. Lots of franchise hotels were starting to enter into the market. There was more optimism among people in Nairobi about the economy. So I noticed obviously nobody was doing anything properly in the fitness space.”

In January this year, Kantaria opened her studio. She now runs it from Dubai, where she is based.

To take a class, customers buy ‘Reform credits’ priced from KSh1,500 (US$15), with one credit being equivalent to one class. On average, the studio serves 600 customers per month.

Evolving with the trends

As clients began to come in, Kantaria noticed that most of them were women. She explains, “Women in particular are getting very, very into fitness, exercising, so if you look at the clients we have at Reform, for every two to three women there’s one man.”

Another thing she discovered was that teenagers were beginning to take fitness more seriously and there was an emerging trend of families working out together, with parents bringing their children with them to the sessions. So the studio now allows customers to link their accounts with their parents, spouses and siblings.

Kantaria says that she has to keep introducing activities and even structure to her sessions to incorporate the changing dynamics of her clients. Once a month, Reform takes work outside the studio, by partnering with outdoor restaurants, where customers work out before eating brunch.

Tapping into a larger market

Over the years, corporates have begun to invest in the wellness of their employees, providing an opportunity for Reform to reach out to them to pay for classes for their staff. Reform provides discounted packages for companies and have a few in the fold.

Kantaria says that expats, business travelers and the nearby Peponi House Preparatory School have shown interest in the studio. They are also considering working with sports teams by offering them a training studio.

With indoor cycling having taken off in Nairobi, Kantaria had to find a way to set Reform apart. In addition to offering new classes, Reform has incorporated technology into its cardio-focused classes.

Customers book online before they go for the classes and each customer has an online account, making it easier to gather customer data to aid in decision-making and the development of new products. This also provides an avenue for the studio to monitor performance and help tailor workouts that suit customer needs.

After class is over, each client receives a summary email of their personal performance data. This data is also stored on online accounts where customers and instructors can monitor performance.

The studio would like to expand to more cities across east Africa and create a community of cyclists through cycling events. On how she manages to run the studio from Dubai, Kantaria says that she relies on online systems that allow her to monitor Reform remotely. She also encourages open communication channels with customers.

So far the studio has grown mainly through referrals – Reform incentivises customers to bring in new members.