“The real estate market is beginning to transform, and this has primarily been driven by change in legislation.” 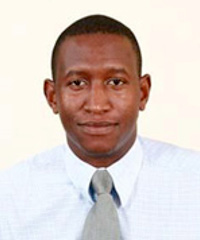 This is according to Mwijage Bishota, executive director and the head of Fusion Capital’s Tanzanian operations. Fusion Capital is a business financing and private equity house with a focus on the East African market which has recently opened offices in Dar es Salaam, the commercial hub of Tanzania.

In an interview with How we made it in Africa at last month’s Africa Property Investment Summit in Johannesburg, Bishota described how the legislative and legal environment in Tanzania is driving growth in the country’s real estate market.

“I think previously financial institutions were cautious of lending any funding towards real estate simply because the foreclosure laws were not very clear. This has been streamlined. There was also legislation, for example, surrounding the condominium laws. We did not have a condominium law so there was no way you could actually build a building, a 10-storey building, and issue separate titles. So this dynamic has actually created an environment where we are seeing increased activities in the commercial sector,” explained Bishota.

“But, for Fusion, our core is really about middle class residential developments, work and distribution – which is basically logistics and warehousing – and then also some commercial development.”

While the market is not without its challenges, Bishota added that property developers and investors can make great returns in Tanzania today. “We [at Fusion] are not going to do anything that doesn’t command at least a 30% IRR [internal rate of return] because the market can pay that much in essence, and our strategy has been predominantly to build and sell.”

In terms of the commercial development, Bishota said he has seen a number of A-grade developments in office spaces, but the bulk of the demand and opportunity lies within the middle of the market. From a residential point of view, he added that investors should note that the general culture of the Tanzanian people means they desire houses as opposed to apartments.

“So as much as one may say, for example, that you could put apartment complexes here – the take up right now might be there – but a few years down the road it might actually create a hole because the culture is such a culture whereby people want a house with a small plot. I mean, that’s how it has always been. And these are some of the things I think [that] there is only so much time when we can actually play in that domain and then things have to change.”

Alongside the demand for developing family houses, residential property is a good investment in the urban areas, said Bishota. “If I buy a property today and hold onto it, I can assure you that I will probably sell it for double the price in three years time.”

The rapid urbanisation taking place in Dar es Salaam has meant the Tanzanian government (and Chinese investors) are investing in road infrastructure. “The planning cannot accommodate all this influx,” continued Bishota. “So what the government is trying to do is also trying to create those roads, that infrastructure, to keep people in some of these other cities.”

Outside of Dar es Salaam, the southern city of Mtwara is also seeing a rapid rise in land prices which Bishota explained has been primarily driven by natural resource discoveries.

“There have been gas finds there so you have got an influx of foreign investors that are going there, [with] no places to stay and in a nutshell that is what is making the whole place interesting,” he said, adding that to a visitor to the city it may not seem like much is visibly happening in terms of development.

“But it is something that is actually happening on the ground.”

The rapidly rising land prices have also raised challenges for the private equity fund. “Part of the challenge is that land prices are rising so fast that people are asking, ‘wait a second, if I’m buying this land at this price, by the time I put up my development I’m way out of market… So the land value, you know the purchase price of the land, must allow you to develop a property and get a return within that space,” Bishota said.

Another challenge can be the approval process, which Bishota described as being typically tedious. However, he said a way they usually mitigate this difficulty is by working with established, local firms – such as architectural companies – that can help quicken the process. “Because they have been in the market for some time they have got that understanding [and] they have built the relationships within the various approving institutions.”