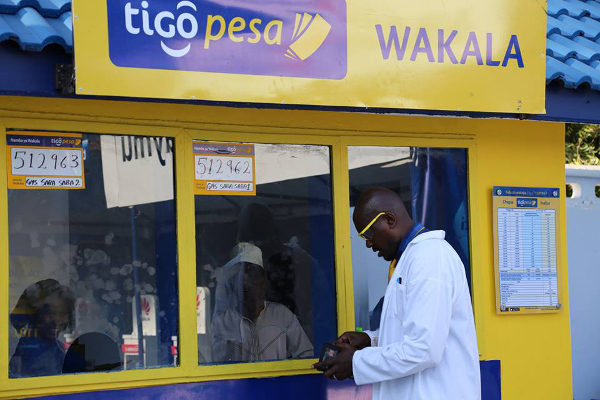 In 2014, Tigo Tanzania claims it became the first telco in the world to share profits with its mobile money users. These profits are generated from interest accumulated on Tigo Pesa’s trust accounts, which hold its customers’ digital wallet balances. Quarterly payments are distributed to users based on the average daily amount in their mobile wallets.

According to Ruan Swanepoel, Tigo’s head of mobile financial services, this month’s profit share grew by 8%, which he attributes to favourable interest rates and growth in the number of mobile money users.

He noted more customers are realising the benefits of keeping money in their mobile wallet, as opposed to converting it into cash. As a result, the amount being stored in Tigo’s trusts is growing at a rate of around 4% a month.

“For example, our retail agents – who store liquidity, float and facilitate the cash-in/cash-out transaction – also share in the interest. Because they store larger amounts of Tigo Pesa, they obviously earn higher absolute amounts on interest and they see it as a benefit. So what is happening is they are now starting to take more money from under the counter that was stored as cash… and they are starting to put that into the ecosystem.”

Tigo’s profit-sharing scheme is based on a decision by the Bank of Tanzania (the central bank) that customers should benefit from the interest earned on their mobile money wallets – an ongoing debate in the digital financial services industry. In February 2014 the bank invited proposals from mobile network operators on how these funds could be used. Tigo’s scheme of distributing interest directly to mobile wallet holders was the first to be approved.

In September 2014 the company made its first payment of 14.25bn Tanzanian shillings (then $8.7m) to 3.5 million subscribers. This was taken from three-and-a-half years of interest earned (averaging between 7–9% per annum) since Tigo launched its mobile money service.

“When we started the business the total amount [stored in mobile wallets] was obviously smaller, so we didn’t get such positive interest rates. But later on, as the amounts grew and it became more attractive to commercial banks to hold them in trusts, we were able to negotiate much more positive rates for our customers and subsequently pass on that benefit,” says Swanepoel.

In the last quarter Tigo’s trusts earned interest of around 10%, he notes.

Yet, despite the large value of interest generated, most users only hold small values in their mobile wallets and therefore only receive small interest returns. “The value that we are distributing is significant, but you will find that 20% of the people are getting 80% of the value,” explains Swanepoel.

“But hopefully more and more people will see this and realise they can earn more if they save more.”

A win-win for customer and company?

One clear benefit of Tigo’s profit-sharing scheme is the growth in active mobile money users.

Tigo Tanzania is owned by Millicom, which has mobile financial services offerings in nine different countries across Latin America and Africa. But Tanzania is its biggest mobile financial services market, accounting for over 50% of customers. Today Tigo Pesa, has over 5.2 million active users – many of who have never held a traditional bank account.

The service allows them to transfer money via their mobile phones. They can also access personal insurance coverage through Tigo Bima, as well as short-term loans through Tigo Nivushe.

Tigo has recently started working with a university in the US to analyse user data and determine how its profit-sharing scheme affects behaviour.

“Once you can start seeing people’s savings behaviour you can also start offering other types of services. So for us it is now the progression to saying that we have more insight on customers’ savings behaviour and we effectively have some kind of security that we can eventually start lending against – or provide a third-party or credit-provider who can use that information to start lending,” explains Swanepoel.

“So that is really what we want to create, but unfortunately we are not yet there. In Africa, in general, there has been low banking penetration and not a lot of education around savings. There is a lot more informal savings happening. We need to do more to educate people on how [formal savings] work and the benefits of having this savings tool.”

Tigo’s profit-sharing strategy is catching on. In Tanzania, other mobile money competitors, such as Vodacom, are embarking on similar strategies. And in markets, like Ghana, regulators have also given the go-ahead for operators to distribute mobile money interest to their users.