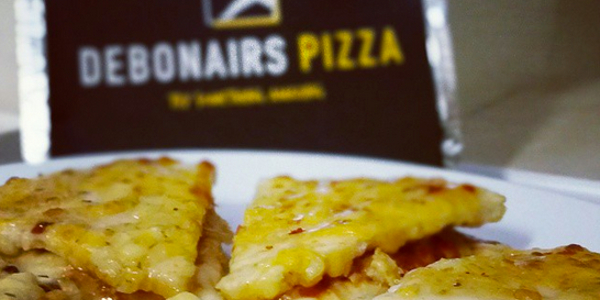 Famous Brands’ CEO of food services, Darren Hele, said the strategy is to move away from the traditional licence agreements in African countries in order to exercise greater control over its brands.

Last week South African-based food and restaurant company, Famous Brands, announced it had acquired a 51% controlling stake in Retail Group, its master licence partner in Botswana. The company holds the rights for brands such as Debonairs Pizza, Wimpy and Mugg & Bean.

Famous Brands’ CEO of food services, Darren Hele, said the strategy is to move away from the traditional licence agreements in African countries in order to exercise more control over its brands. “We are on an expansion drive to invest and to be more active in Africa,” he told How we made it in Africa.

He noted 10-15 years ago, when Famous Brands was “more of an emerging company”, it made commercial sense to enter markets such as Botswana through licence agreements.

While Hele said the fast-food and restaurant industry in Botswana is far from under-exploited, it does hold room for further competition, especially when compared with more saturated South Africa.

“The market isn’t overly competitive, so one does have an opportunity to compete well. There will be growth that is relatively unrestrictive, but also growth that comes off a nice organic base. And the economy there is great. There is opportunity in terms of some of the things they are doing – in agriculture, diamonds, and so on.”

The company is also looking at options to provide its Botswana business with in-house logistics and manufacturing services, which are currently outsourced. Hele noted sourcing of local produce in the market does come with challenges, but compared with other African countries it is still “relatively painless”.

“Obviously their government watches what’s brought in and what’s restricted, and chooses what has got good duties on it. So there are challenges in terms of working around that. But relatively, as markets go, Botswana is probably one of the easier ones.”

With Botswana’s proximity to South Africa, products that cannot be sourced locally can easily be imported from Famous Brands’ home country.

“But there is also a fair amount of local industry able to provide things like fresh produce and that sort of thing,” continued Hele, adding products like fruit and vegetables, fresh meat and coca-cola are usually locally sourced.

However, other products such as cheese for the pizza and burger business still have to be imported from South Africa.

“There are certainly some challenges. But the government there is pretty flexible in terms of what they allow and don’t allow [into the country].”

One of the attractions for Famous Brands is Botswana’s higher income per capita when compared to most of its African peers. And the company is looking to introduce some new brands into the market such as steakhouse Turn ‘n Tender; seafood takeaways restaurant Fishaways; and bakery and café Vovo Telo.

“There is quite an affluent community,” continued Hele. “So it makes sense in terms of looking at some of what we call ‘casual dining’ brands like Turn ‘n Tender, and we don’t think the market has some of those offerings.”

Famous Brands is also looking beyond the capital Gaborone to expand existing brands such as Mugg & Bean and Debonairs Pizza. Of particular interest is Francistown and Maun, due to tourism that attracts both South African and international consumers.

Another priority, Hele added, is the expansion of its fast-food brand Steers which has done particularly well in the South African market.

“We only have one Steers there now [in Gaborone] and Steers is certainly something we believe can grow in this particular market,” he emphasised.

“So if you are looking at order of priority, then growing Steers would be one of the highest.”