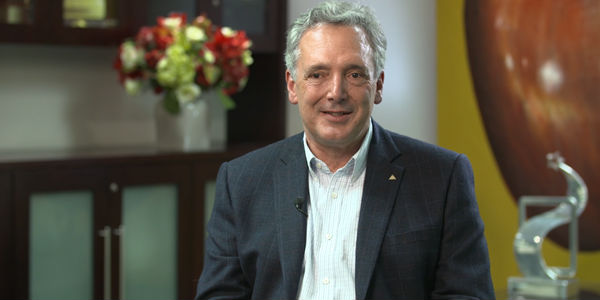 Ackerman began working at his father’s shop as a young boy and his work ethic grew from there: “I spent every Friday night, because we used to have late-night shopping, working in the supermarket from the age of 10. You can’t do it today with all the child labour laws, but I packed tills, packed the shelves, swept the floor and eventually became a cashier. There virtually was no job in Pick n Pay that I haven’t done. I’ve run stores, I’ve been a buyer, I’ve run the company,” he explains.

Ackerman discusses the family business and his father’s work: “My grandfather had started Ackermans, which had been bought by Greatermans, which owned Checkers, and my grandfather was the vice chairman. Three weeks after my grandfather died, my father was called in and fired as the head of Checkers. [My father] then came down to Cape Town and his brother in law and a friend put together 50 small shareholders and they bought three or four small stores in Cape Town called Pick n Pay.”

The turning point in Pick n Pay’s success came during Ackerman’s first project after taking over as managing director. Ackerman explains: “Franchising was an important milestone of Pick n Pay, which we started in the early 1990s. Today it’s an absolutely critical part of our business. We had a number of businesses that were underperforming and we needed to find a way of getting them to work better. The cost margin in franchising is better than a corporate cost model. All of a sudden, stores started going up 20-30% in sales. But what’s been interesting for us is how the franchisee values the brand more than our corporate people do. They really look after it.”

Pick n Pay has been running successfully for 50 years. Ackerman outlines how the company has continued to grow and generate profit: “The business was profitable pretty much from day one. The fortunate thing about retail is that you operate very much on a negative working capital. Pick n Pay today has about 1,600 stores over seven countries in southern Africa. We’ve got a number of formats running from hypermarkets through supermarkets, franchise stores and express stores. We’ve got stores in Zimbabwe, Zambia, Swaziland, Namibia and Botswana.”

Ackerman goes on to describe refocusing the business will be the next big step for Pick n Pay: “We should be focusing on the mass market in our economy, being able to make money and still provide low prices. We have to make sure that we maintain our relevance, that we can grow, that we can compete, and that we really follow the change in the demographic cycles to make sure that we remain relevant to the consumer base.”