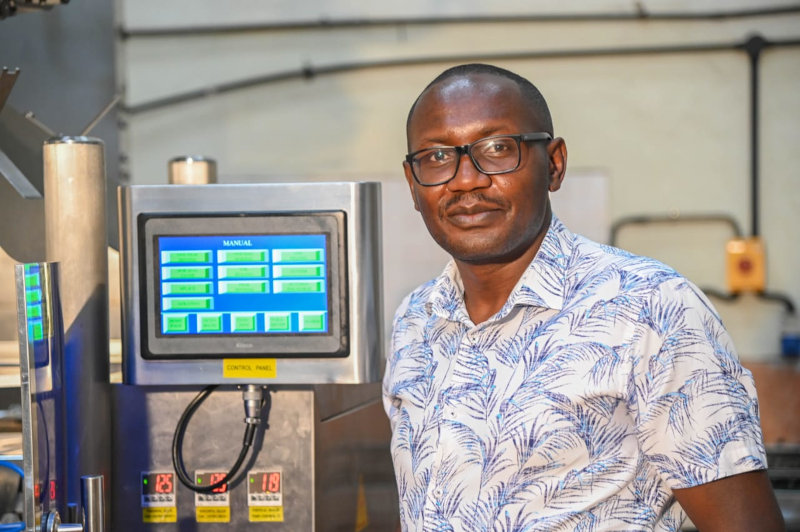 Despite a presence in over 100 markets, the global fast-food chain McDonald’s has operations in just four African countries: Morocco, Egypt, South Africa and Mauritius. According to industry insiders, rather than a lack of demand or local market spending power, a common problem is connecting the outlets to global supply chains and sourcing frozen cut fries that meet global standards.

Although raw potatoes are grown across Africa, many of the most established foreign restaurants on the continent continue to source frozen produce from Europe and elsewhere. This presents a huge business opportunity for local firms that can meet the requirements of global fast-food chains, believes Humphrey Mburu, managing director of Kenya-based Sereni Fries.

“It is an untapped market. Besides South Africa and Egypt, frozen chip factories in Africa are few and far between. There are a lot of new fast-food restaurants like KFC and Burger King setting up in Kenya. Many of them import from the Netherlands or Egypt. We think there is a gap in the market for locally produced frozen chips.”

The decision to target international fast-food chains only came in the later stages of the business after nine years of operation. When Mburu left his job as a banker in 2012 to set up a potato business, he was looking at local restaurants and supermarkets rather than international brands.

The motivation to quit his job was inspired by a conversation with a bank client who had experience in the sector. “I was looking for a business I could grow and I loved the idea of manufacturing and value-addition,” he says.

The first stage of the business was processing fresh-cut potatoes for local establishments. As uncooked fries do not require expensive machinery, the entrepreneur was able to scale and increase the number of factories from an original plant in the capital city of Nairobi to four more across the rest of Kenya.

The main problem at the beginning, however, was the unpredictable supply and price of potatoes in the secondary market. Sereni Fries initially bought potatoes from wholesale market traders who were unreliable and could easily manipulate the price. To overcome this, Mburu cut out the middlemen and engaged directly with farmers.

“We were able to control the quality and the prices. We have agronomists spread across the county who work with our farmers to show them how they should grow the potatoes and the quality that we need,” he says.

The company now works with over 2,000 smallholder farmers in five potato-producing counties across Kenya. This allows Sereni Fries to process up to 200 tonnes of potato a month. To ramp up procurement, Mburu reveals he is considering moving into large-scale industrial farming. 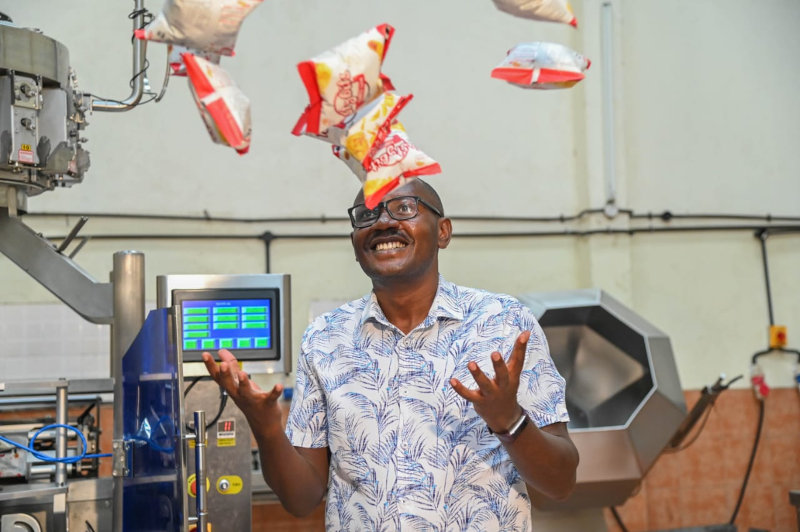 In addition to fries, Sereni produces crisps under the Tasty Bits brand.

Moving away from a business-to-business (B2B) model, the next stage in the enterprise was a venture into consumer goods in the form of potato crisps. Starting in 2019, Sereni Fries now produces the Tasty Bits crisp brand that markets flavours including chilli and lemon, salted, and tomato.

The target market is schoolchildren and the snacks are sold in local shops and supermarkets. Diversifying into a consumer-facing business has its own set of challenges, Mburu admits, which includes the need to establish brand awareness.

The company’s main overheads have recently changed from procuring and processing raw material to advertising and marketing.

Another challenge is ramping up production as crisps require more sophisticated machinery than fresh-cut fries. To speed things up, the managing director has invested in machinery from China that can process up to four tonnes of potato crisps each day.

The revenue split between crisps and uncooked fries is currently 30% to 70%, which he hopes will become more equal in the future. “We believe we are going to increase our volume sales in crisps by more than 100% in the next one or two months,” he says.

Sereni Fries’ latest venture is the move into frozen fries, which are often used by large-volume restaurants as a more economical option and because they always have the same starch content, compared to fresh-cut fries that change according to the temperature.

“Kenya imports around 300 to 500 tonnes of potatoes every month. If we can make products that are as good as imported ones, then why not.”

The plan is supported by the recent introduction to Kenya of an internationally used potato variety called ‘Markies’ that is perfect for processing. This will make it easier for Mburu to negotiate contracts with clients than if he tried to sell local varieties.

He is aiming to sell his first batch of frozen chips at the end of October and will soon export to Rwanda and Uganda. He hopes to become the main supplier for international fast-food companies throughout East and Central Africa.

If he can ramp up production across all product lines from 200 to 2,000 tonnes each month, he will be looking at an annual revenue of $22.5 million, Mburu says.