When Bisola Edun’s business partner unexpectedly moved out of the country, she was left holding the baby. In this case it was their newly-launched business, Taé, a Nigeria-based clothing and accessories company.

At the time, Edun was working as a relationship manager for Afrivest and had not considered being a full-time entrepreneur.

“I was looking for options in stockbroking and finance, which was my field. But when the situation arose, I thought, ‘Why not?’”

In December 2002 she quit her job in the financial sector and took a six-month break to finesse a business plan she had been incubating. She also took time to learn from those who had been successful in the industry, visiting factories and learning the nitty-gritty details of how to run them.

By June 2003 Edun was ready to jump in. “When I started, I worked from home. I had two staff members, and little clue of what I was doing, or how I was going to sell. But I had some strong encouragement, which helped silence my fears. People admired my bravery.”

In the first four months of being in business, Edun made some cloth samples which she stocked at a friend’s store in Victoria Island, an upmarket neighbourhood.

“After a week, I went back. He said there was a huge demand and people loved the clothes. So I just went on making more. At some point, I realised that I would need a store of my own. An opportunity came up two years afterwards, and we opened our shop in Ikeja.”

“I remember it was a very small store. We didn’t have electricity for months, and there was no generator. For about a year, I had no sign outside, but people would stop by, especially from a nearby salon. Customers also told their friends about us. We later bought a generator and had a store opening. I can’t remember how much I made, but it was very well attended, and I sold so well. From there, we grew.”

In the beginning, Edun financed her business by relying on savings. She also obtained monetary support from her father, friends, colleagues and former clients. In this way, she expanded her business either with money from individuals, or sometimes banks.

Unlike some entrepreneurs who shy away from loans due to unfavourable interest rates or fear of being rejected, Edun leveraged personal finance from banks to boost her business.

“The first time I approached a bank to raise capital I asked whether they gave money to start-ups. I was told it would be too difficult as the bank would require collateral, but they were able to offer me a personal loan.”

Edun managed to get personal loans for her business from the bank twice. On her third attempt, she was told the product was no longer available. Her approach to borrowing money is pragmatic. “My main consideration is always whether I can pay it back. I always bring it down to how many clothes I need to sell to finance the loan. It hasn’t always been easy. There are some loans that have been a horrible struggle to pay back. But if I don’t take any risks, how will I grow?”

Edun believes that the reason small businesses in Nigeria struggle to get bank loans is because most of them don’t have detailed accounting records. 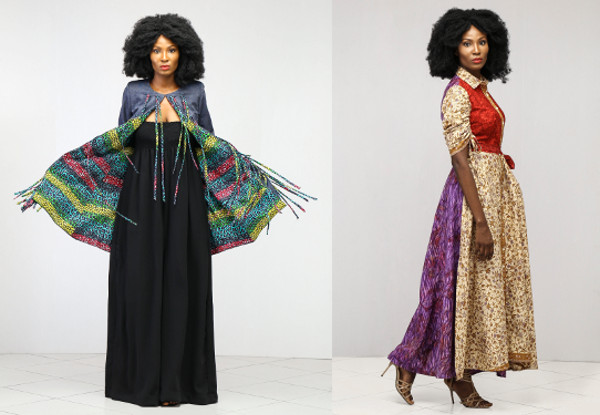 “Forget the interest rate, banks want to see your books, your cash flow as well as the profit-and-loss statement. If all you have is simply your bank statement, no one is going to take you seriously. From the get go, I had an accountant, so I kept my books religiously. I audited them too, which made it a little easier for me.”

“On one occasion, I was trying to raise money, so I wrote an email to the late Tayo Aderinokun, the former CEO of Guaranty Trust Bank. I told him I didn’t have any collateral, but I needed money for my business. After an interview with him, he offered to give me the loan, but unfortunately I lost that money because the project I needed it for went south.”

This happened at a time when Taé was starting to garner recognition beyond its immediate environs.

“I was having problems with my factory because I was no longer satisfied with the quality. I knew I didn’t want to outsource to China or India, and I felt if I could find someone in Lagos it would be preferable.”

“So I asked around and this man came highly recommended. I went to his factory and there was this huge operation going on, about 300 machines. I didn’t look too deep. I didn’t question too closely. I simply jumped right in and asked him to make samples for me.”

It wasn’t until after he was paid, from Tayo Aderinokun’s loan, that Edun realised the manufacturer wasn’t worth his salt. He had neither the resources nor any of the things he claimed he had.

“It was during the December period. It was the most devastating thing to happen to me because we were supposed to make fantastic sales. I was supposed to be able to pay off the entire loan. And nothing happened. I had to take back some of the clothes he had made to my own factory to salvage the mistake. I still had this huge loan that I had to repay. It was a bit of a struggle but I ended up paying it back.”

Edun says losing the loan was the lowest point for her company. The most important lesson she learnt from that experience was not to make decisions in the midst of chaos, or out of desperation.

Being an entrepreneur in Nigeria

Taé turned 14 in June 2017. Reflecting on being an entrepreneur in Nigeria, Edun believes there aren’t adequate policies to support business growth.

“I’m not sure whether the Nigerian government realises that some of its policies are designed to squash small businesses. For instance, there is a monthly spending limit on debit cards. I also can’t use PayPal in Nigeria. This immediately kills opportunities for online transactions.”

“Moreover, for people who want to do business out of Nigeria, there is the issue of trust. Some people won’t even talk to you if you are from Nigeria because of our bad reputation. Nigeria as it is seems to stifle and frustrate small business.”

Nevertheless, Edun says, all is not lost.

“There have been difficult times, but we are still here and we are not going anywhere. And even if things are not going exactly the way I planned it, the vision is sure and secure.”

Today, the Taé brand has tasted life far beyond Nigeria, and boasts clients in Europe and North America. In 2007, Edun was awarded the British Council International Young Fashion Entrepreneur of the Year award.

To young entrepreneurs she advises, “Don’t sweat the details of starting your own business… The ‘hiding hand’ principle says if you went into your project knowing full well the level of difficulty you would face, you wouldn’t venture in to it at all. But if you don’t know all the details and the problems start coming, creativity kicks in and that’s how you grow.