How we made it in Africa’s Kate Douglas talks to Hannes van Rensburg, considered by many to be the pioneer of mobile banking in Africa. 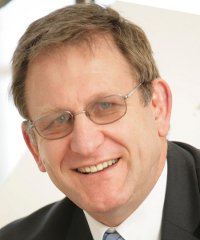 Prior to chatting with Hannes van Rensburg – founder and CEO of Fundamo, a mobile financial services platform provider – I had expected a man who would be eager to impart his business wisdom and tell us exactly how it’s done. I had expected a person who would revel in his achievements. But Van Rensburg is a modest man who I felt didn’t enjoy boasting of his success. In fact he said that Fundamo – a mobile payments company he sold to Visa for US$110 million – “just happened”. I pushed, asking if maybe his inspiration to start the company was due to strategic thinking or noting a gap in the market, but if it was, he wasn’t going to take all the credit. “I can’t remember back that far but I don’t think it was something grandiose like that,” he claims.

Fundamo was founded – or “just happened” – in 1999 as a South African-based company specialising in mobile phone financial services with a distinct focus on emerging markets. Fundamo powered Africa’s first mobile financial services platform, which in 2002 launched as Celpay Zambia. Fundamo’s platform is currently being used in 40 countries in Africa, Asia and the Middle East.

It is estimated that there are 2.5 billion unbanked adults worldwide. Fundamo’s interest in emerging markets is due to the nature of these markets: people who don’t have access to bank accounts, have access to mobile phones.

“Mobile payments is about digitising cash and taking the way that people pay, using outdated mechanisms like notes and coins, and turning it into a way that can be done digitally,” says Van Rensburg. “I believe that this change is fundamental to empowerment and allows people – who have previously been out of that economic sphere – back into it.”

The company was privately owned by a group of investors that included Sanlam, Remgro and HBD Venture Capital. A year ago Van Rensburg sold Fundamo to Visa, the giant of global payments. While this deal was negotiated with assistance from advisors, not everything was negotiable for Van Rensburg. “I wanted to make sure that whatever deal we did there was a home and a future for the staff in the company and that the clients that we serve can still be served and will get the service that they are used too.”

Fundamo – a name derived from ‘fundamentally mobile’ – is still run by Van Rensburg and his management team, but the company is now a wholly-owned subsidiary of Visa. The acquisition of Fundamo is a move by Visa to strengthen its grip on the mobile banking industry. Van Rensburg says working under a giant company like Visa has its pros and cons. “There are some good things. Visa has got much more resources, it’s got a great brand. It’s easier for us to execute what we want to execute … A big company has got more processes which sometimes make the execution more difficult. But on the other hand good processes also ensure better risk mitigation, etc. So there are pros and cons on both.”