Africa’s skills shortage means that companies have to increasingly up their game in attracting and retaining top employees in a market of growing competition for talent. Despite increased investment in remuneration programmes, organisations need to implement a reward strategy that attracts the best talent, according to a recent KPMG report that surveyed 53 organisations across all sectors of the Nigerian economy. The results of the survey sheds light on some of the remuneration trends used by Nigerian companies that aims to attract and retain top employees. Here is a summary of some of the key findings. 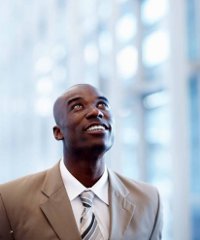 Written formal pay strategies: Of the total respondents, 69% have a written pay strategy, which the survey says is important in helping employees understand their employer’s compensation plan and its connection with corporate goals. “This practice may also have been driven by the regulatory requirement for banks and publicly quoted companies to have compensation policies.”

Differentiating employee pay: Half of the companies surveyed indicated that they differentiate employee pay based on the criticality of the roles. “This indicates that more companies are utilising various elements of rewards as tools to motivate and retain employees whose roles have a more direct impact on the organisation’s bottom line,” explained the survey. “This differentiation is delivered mostly through variable pay.”

Variable pay: Bonuses are the most common form of variable pay, with 65% of respondents indicating they provide them under their company’s variable pay scheme. Variable pay is used to reward employees differently based on their contribution towards the company. Twenty-five per cent of respondents make use of a profit sharing scheme and 2% indicated that they use equity-based plans.

Work-life initiatives: These are programmes designed to assist employees in achieving a balance between their professional work goals and their personal life aspirations. “By helping employees achieve this balance, organisations invariably improve their ability to attract and retain the right talents; get the best out of them, while improving productivity levels,” the survey explains. “On the part of employees, work-life initiatives enhance their quality of life.”

Long term service awards: These are given to employees in recognition of their commitment and loyalty to an organisation over a specified number of years and 87% of respondents said they provide them to their employees. Out of this, 58% provide cash awards.