Young people should not overlook startups when seeking employment and internship opportunities. Kellie Murungi, CEO of Kenya-based hospitality group Mvuli Hotels, says most startups may not offer as much pay and benefits as large corporations, but they are a good place for fresh graduates to gain work experience and polish their skills. 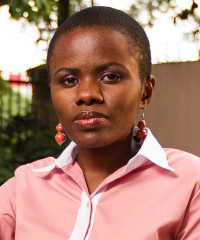 Murungi notes that more and more startups are emerging in Africa, but many struggle to access talent despite the fact that millions of young graduates face difficulties getting into the job market.

“I hear a lot of mumbling from students about not being paid as an intern. The reality is, for the first year you take more than you get because you learn a lot.”

Murungi started her career as an accountant at Kenyan real estate investment firm Alliance Capital Partners (ACP) shortly after it had started operations. She tells How we made it in Africa that working for a smaller company offered her opportunities that would otherwise have been hard to come by had she taken a job with a large firm.

Muthuri Kinyamu, who has been involved with numerous young companies, agrees, adding that working for a startup has taught him to constantly think of innovative ways to solve problems with the limited resources at hand.

“Being in a startup environment also gives you space and autonomy to try ideas. It’s a lean organisation where there is no bureaucracy. You think of ideas, execute and learn from your mistakes. You also get more exposure and do a lot more than just what is stated as your job description. It enables you to bootstrap and learn and perfect more skills which come in handy when you want to transition into entrepreneurship.”

However, Murungi says, working with a startup may mean having to miss out on benefits corporate employees enjoy. She tells how early on in her career a large professional services firms offered her more than double the salary she was earning at ACP.

But Murungi chose to stay at ACP.

“I have to say I got confused because of the money they were offering. It made sense to leave because then I would be able to get a car loan, live at a nice place and buy expensive clothes.”

Looking back, she says, “it has been a worthwhile trade-off”.

“I developed a diverse set of skills. By my second year of employment I was the GM at Mvuli Hotels at age 24. My colleagues who had joined large corporate firms were still junior accountants,” says Murungi.

“I am not saying it was easy. It was a lot of work managing a lot of people and making lots of mistakes. At that age I knew nothing about people management so I would run all over staff as long as the job got done. It was challenging, but very interesting for a young person.”

The group intends to have a portfolio of 10 hotels within the next five years.

“You have very few energetic years in life when you can run around and do 100 things. Instead of partying all night long, I advise university students to channel that energy to more useful things like building career experience through internships and volunteering.

“You should also not hang out too much with people your age because they won’t teach you much. If you want to work in the corporate world find someone who has succeed in that field and be interesting enough to make them want to spend time with you.”

When seeking employment, Murungi suggest looking for organisations in which young people are most likely to thrive based on their personalities and career goals.

“It’s good to know your DNA. If you are a free spirit, you like autonomy and want to feel like your work matters then a corporate might not be the place to start your career. When you join a big corporation you are an ant and the organisation assumes you know nothing. For the first two to three years you find yourself doing the same thing as 20 or 30 other people, with no authority. I knew very early I couldn’t stand that.”