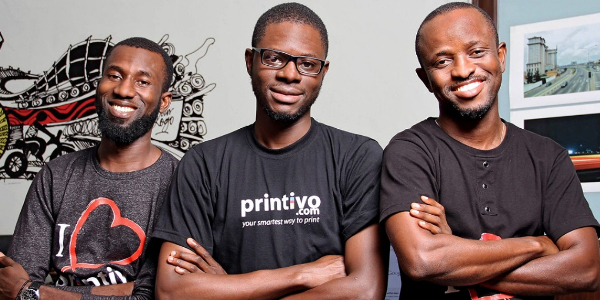 After grabbing the ringing phone at Acapulco Mexican Grill and Bar in the centre of Addis Ababa, owner Abel Wondowsen quickly scribbles an order for quesadillas and tacos on a pad of paper. Soon a bundle of wrapped food is on the counter awaiting a motorbike dispatcher from Deliver Addis.

Western-styled restaurant home delivery – especially involving Mexican food – is a relatively new concept in the Ethiopian capital, even more so across the country. Hence when Deliver Addis founder Feleg Tsegaye moved to Ethiopia from the US five years ago, he despaired at being unable to order home delivery after a long work day.

“So I put together a quick website, talked to a couple of restaurants, hired a motorcycle for a month and invited about 30 people to use it,” Tsegaye says of his experiment in March 2015. “I just wanted to be lazy and not have to cook in the evening. It backfired badly as this is the most busy I’ve been in my life.”

Tsegaye is far from alone in finding his business idea take off. Across Africa a vibrant start-up scene is transforming economies and lifestyles. Tech start-ups alone raised US$129m in Africa during 2016, representing a 16.8% rise in the number of successfully funded start-ups over 2015, according to a new report from Nairobi-based Disrupt Africa, an online media site providing news, information and commentary on Africa’s tech start-up and investment scene.

While South Africa, Nigeria and Kenya are the continent’s three most popular investment destinations, securing just over 80% of funds, entrepreneurial vigour is evident everywhere.

“We see increasing activity in other countries, such as Egypt, Ghana, Rwanda, Morocco, Tunisia, Zimbabwe,” says Gabriella Mulligan, co-founder of Disrupt Africa. “So it’s fair to say markets are developing [and] incredible ideas and innovations are popping up continent-wide.”

The tech scene is only part of it. Characteristic of Africa’s start-up scene is how people are building both high-tech and low-tech business models around impact projects geared toward a similar goal.

“The end game remains the same: we are building home-grown solutions to address challenges peculiar to Africa,” says Robert Kimani, President of FUZU, a Kenyan career development start-up launched in late 2015 and one of 12 African start-ups to watch in 2017, according to Disrupt Africa.

“We have seen more funding delivered to impact projects addressing common global challenges that need to be solved, such as unemployment, education, health and financial services, to name a few.”

While Africa’s start-up scene is accelerating, distribution is uneven across the continent, centred around entrepreneurial hubs such as Silicon Cape Initiative in South Africa, iHub in Kenya and Impact Hub Harare in Zimbabwe.

“Bringing budding entrepreneurs into a community helps in forming networks, acts as a magnet that draws other entrepreneurs and encourages those who are struggling to keep going.”

“[This provides more] locally relevant, culturally and economically accepted and faster solutions than Western counterparts,” says Ekundayo, adding that the biggest reason behind the start-up extravaganza is “the rising opportunities and changing buyer behavior of Africans”.

Drawn back to Africa

“Returning entrepreneurs have the unique position of understanding local business context and having access to global professional networks in the US that can be leveraged,” says Ghanaian Fred Swaniker, who after studying economics in the US returned to start the African Leadership Academy in South Africa, a two-year high school programme for developing young leaders. “They can therefore be effective intermediaries in enabling capital flows and the exchange of ideas and innovations between the two regions in ways that are symbiotic and mutually beneficial.” 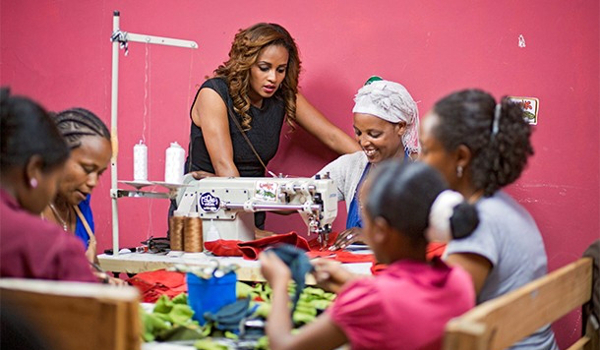 Sole trader: Bethlehem Tilahun Alemu, founder and CEO of soleRebels, at her workshop in Addis Ababa.

Trying to map start-up trends across the continent is complicated by the variety and scale at play, and risks missing finer details.

“Africa is a massive continent and the dynamics tend to revolve more around the local markets in each country and their respective regulatory environments,” says Tsegaye, inspired to leave the US after a 2000 visit to Ethiopia during which he met people who, like him, were interested in information technology but had no opportunities to pursue it – hence Tsegaye’s decision to help create such opportunities. “The trend across the continent so far has been an influx of mobile-enabled services due to the high mobile penetration rates in many African countries.”

As with mapping trends, nailing down the brightest start-ups in Africa appears an impossible task in the face of such variety and talent. But, as with Disrupt Africa’s 12-to-watch list, indicators are out there. Swaniker says that through his work with the Africa Awards for Entrepreneurship he’s been impressed by Cellulant and Zoona in the mobile payments space, Nova Pioneer in education, and Zimbabwe’s Astro Mobile, which manufactures affordable but stylish smartphones suited to African markets.

“And there are many others,” Swaniker says.

All the buzz shouldn’t mask how start-ups across Africa still must contend with typical frontier-market-related problems: difficulties accessing financing, logistic frictions, weak infrastructure, unfriendly regulation and political uncertainty. The good news, however, is African entrepreneurs aren’t letting this put them off. “These are not new challenges and any business that is here for the long haul will surmount and survive with the right leadership and attitude,” Kimani says. An example is soleRebels, handcrafted fair trade footwear made in Ethiopia. Founded in 2004, the brand was turned into the fastest-growing African footwear brand by its owner, Bethlehem Alemu. The company makes stylish shoes from recycled materials and sees itself as “Africa’s answer to Nike”.

Foreign investors are responding enthusiastically with seed capital, Kimani explains, due to growing internet and technological maturity enabling new larger markets to emerge that enable investors to get more bang for their buck in terms of impact and return on investment.

They’re also being impressed by another essential factor: human capital.

“Here there is an eagerness to learn,” says Matt Davis with Renew Strategies, an impact investment and advisory firm managing and serving a global network of socially minded investors focused on Africa. “That’s not necessarily so in the West, where it’s more about innovation and trying to break into new frontiers.”

If the current trajectory continues, it appears African’s list of cities known for innovation and fostering start-ups – Nairobi, Kigali, Lagos and Cape Town – will only get longer.

“Going forward, Africa will continue to innovate both for itself and for the world, and create solutions to local and global challenges,” Mulligan says. “Start-ups will without doubt transform Africa’s economic narrative over the coming years.”