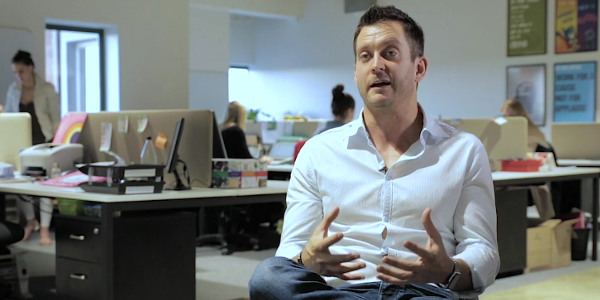 Vitls is a technology start-up developing a wearable medical device, for both home and hospital use, which allows parents and medical staff to continuously monitor a young child’s vitals, such as breathing and temperature. All data is recorded and converted through cloud-based algorithms and allow parents and hospitals to track vitals through an app on their mobile phone or monitor. Any irregularities will immediately sound an alarm.

The company was founded last year by husband-and-wife team Werner and Louise Vorster. They were inspired to develop the device after their two-year-old son suffered febrile seizures, brought on by a rapid rise in temperature. Back then the couple had to take turns sleeping in his room in order to constantly check his temperature and they quickly realised the need for a device that could offer continuous monitoring of vitals unobtrusively.

Their prototype is small, easy to wear, waterproof, flexible, and has a battery life of six days – and it recently caught the attention of a leading accelerator, Launchpad Digital Health, in San Francisco, which is now incubating the company. Vitls was also named a South African finalist in the global Seedstars World start-up competition.

Werner Vorster shares how they got to where they are today and their plans to commercialise the product.

We have been bootstapping, or self-funding, from the beginning. But we came to a point where we had to decide whether to go ahead with product development or build a minimal viable product… to show investors and give proof of concept. And [the latter] was a cheaper route for us and that is why we now have the prototype.

2. Is this your first entrepreneurial venture?

No, I started a company with a school friend in London called A2B Transfers in 2004. I left the company in 2012. I’m still a shareholder but a minority one, so I’m not involved in day-to-day operations.

3. If you were given US$1m to invest in your company now, where would it go?

We would finish our product and complete the regulatory [certification process] like get CE Marking and FDA [approval]. We would also start development on our hospital device – which will have more functionality like monitoring heart rate, blood pressure and pulse oximetry. And then hopefully start to pay ourselves a little salary because we have invested about $200,000 into this, so it’s almost time to start earning some money.

4. What is the competitive advantage of your device?

In hospitals you are usually woken up by a nurse who takes your vital signs every four hours. And if they don’t wake you up it means they aren’t doing their job or aren’t doing their rounds. There was a recent case in a South African hospital… where someone died at around 12am and the nurse said she had taken his vitals at 2pm. So nurses don’t always do their job and when they do it they wake you up. There is also the possibility of human error.

Through continuous monitoring we can pick up patient deterioration much sooner than with the four-hour check. This means that nurses can treat a patient faster which leads to shorter hospital stays… It allows for early detection.

With the larger machines out there; nurses need training in order to use them and they need to clean and sterilise them. They also need to be serviced… So in the long run we could save hospitals a lot of money.

5. What risks does your business face?

There is a technology risk because technology moves very quickly and its becoming cheaper to build things. Then there is the risk of standing still – where we are unable to keep on developing and our funding dries up.

6. Describe your most exciting entrepreneurial moment so far.

Definitely being accepted into Launchpad Digital Health’s accelerator in San Francisco. We are one of nine companies to be accepted worldwide into the programme, and they are the fourth biggest accelerator in the world apparently.

7. Which market are you targeting first? The US or your home market South Africa?

We are doing the CE Marking first, so that is essentially Africa and Europe… You need approval from the government after you get the CE Marking, but it takes about a month – then you can sell in their territory.

8. What is the biggest challenge that you still have to overcome?

I would say the biggest challenge now is funding and finding someone to believe in us – that’s the hard part… The ideal would be to find an investment partner who has experience in our field.