Spanish hotel chain, RIU Hotels & Resorts, will strengthen its presence in Morocco with the opening next year of three new hotels. 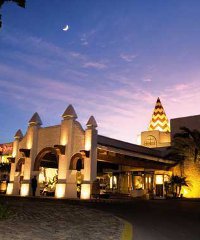 In Agadir, the group will open two hotels with a total capacity of 495 rooms – Riu Grand Palace Tikida Golf in May 2011 and Riu Palace Tikida Agadir in November 2011.

In Marrakech, the group will open the Riu Tikida Garden in May 2011 with a capacity of 255 rooms.

“Morocco is a fascinating country thanks to its rich culture, exotic traditions, magnificent scenery, beaches and cuisine, which makes of it a tourist destination that attracts thousands of tourists every year,” the group’s CEO said.

RIU has more than 100 hotels in 21 countries, which attract over 2.9 million guests a year. RIU is currently the world’s 28th ranked chain and the third largest in Spain by revenue and number of rooms.