Crunch time has arrived for South Africa’s position as investment gateway to Africa, with warnings that it must use its competitive advantages or increasingly risk losing out on big institutional investments to more attractive economies in sub-Saharan Africa. 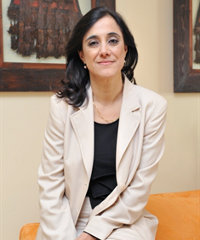 “Investment is key to Africa as the public markets are not well developed and private equity is an ideal way to build up capacity, capitalise young business and drive large entities,” says Soula Proxenos of International Housing Solutions, a global private equity investor.

The Emerging Market Private Equity Association (EMPEA) latest sub-Saharan Africa data insight report notes that the region has been widely touted as the next growth market, while the IMF’s recent 2013 GDP forecast predicts that 10 of the 20 fastest growing economies will be in sub-Saharan Africa. The region has also received positive attention from several global players in emerging markets private equity, yet investment totals have remained static.

“South Africa cannot rest on its laurels and expect to continue being the gateway to Africa,” Proxenos says.

“Social unrest and political turmoil causing downgrades are making international investors cautious, while at the same time other parts of the continent, like Ghana, boast impressive GDP growth numbers.”

Proxenos, who regularly engages some of the world’s largest institutional investors, says that while South Africa is perfectly poised to capitalise on its advantages, if it does not do so now, its current leadership position could morph into a legacy of missed opportunity.

“South Africa’s head start was largely linked to deep financial infrastructure, and a democratic and sound government backed by a strong judiciary which, if leveraged correctly, could still make the country and the region attractive to international investors. We consider ourselves the gateway to the continent, but we cannot rest on our laurels.”

Proxenos says that the international press has responded very positively on the last round of ANC leadership decisions, which augured well for investor confidence that had been waning. In addition, the focus and consensus around the National Development plan is very encouraging and is critical for South Africa’s success, she says.

She adds that in looking to increase its operational footprint, IHS had identified five countries in the region which may potentially benefit from equity investment in residential real estate in the moderate income niche. What set these countries apart were the same traits that will stand South Africa in good stead in the eyes of international investors.

“We sought to identify countries with stable democracies, growing economies, strong property rights and legal systems, robust mortgage markets, and low levels of corruption,” says Proxenos, adding that there were four steps the country had to take right away if it were to leverage off its advantage and strengthen its own and the region’s position:

“Firstly, stop the noise. We have to make sure we don’t make statements that increase consternation amongst investors. While we have a proud and healthy tradition of debating issues amongst us – this discussion scars prospective investors as they don’t have the depth of understanding to evaluate the players in the debate. Certain debates, for example on the nationalisation of mines, eroded investor confidence across asset classes. Secondly, we have to collectively market ourselves. We are not engaged in competition between ourselves, but rather between sub-Saharan Africa and other regions.

“Then, we should quit assuming we are the only choice for investors. In fact, our GDP numbers are not the most stellar in the region, and a reality check is in order.

“Finally, and perhaps most importantly, we need to focus on education. The domain in which we are required to compete, which includes the service industry and manufacturing, needs educated workers if we are to succeed in attracting continued positive international attention.”