The city of Durban has seen the fastest growth of millionaires – high net worth individuals (HNWIs) with assets of US$1m or more – in South Africa, according to New World Wealth’s latest report. Since 2000, Durban’s number of millionaires have grown by 200%, compared with a national average of 135%. 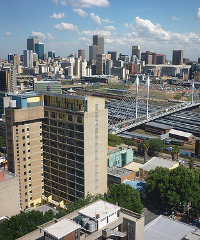 Johannesburg holds the highest concentration of HNWIs in South Africa, some 50% (about 23,400) of the country’s estimated 46,800 dollar millionaires.

“The north coast of Kwazulu Natal (above Durban) is also becoming increasingly popular for the super-rich, especially in the second home market. Specifically, areas such as Ballito and Zinkwazi are new hotspots for investment.”

As of the end of 2014, around 2,700 HNWIs lived in Durban, making it the third largest city for dollar millionaires in South Africa. Johannesburg remains in first position with 50% (about 23,400) of the country’s estimated 46,800 millionaires. Cape Town comes in second with around 8,900.

HNWIs in South Africa are recorded as having a combined wealth of $184bn, which equates to roughly 31% of South Africa’s total individual wealth. Of the 46,800 millionaires living in South Africa, 2,060 are said to be “multi-millionaires” (individuals with net assets of $10m or more).

The country has the highest number of millionaires on the continent and over the next three years, this number is forecast to grow by 19%, reaching an estimated 55,500 by 2017. The report states that growth is constrained by a number of factors, including the current electricity crisis, increasing trade union involvement and a rising level of government regulation.

Real estate is expected to become the top performing asset by 2017, followed by equities. “As a result, there will be a movement away from cash towards these asset classes going forward,” states the report.

The research also notes that by the end of 2014, millionaires in South Africa held 19% of their wealth abroad – compared to 20% in 2007 – with the bulk of this being held in the UK, the Channel Islands and Switzerland.