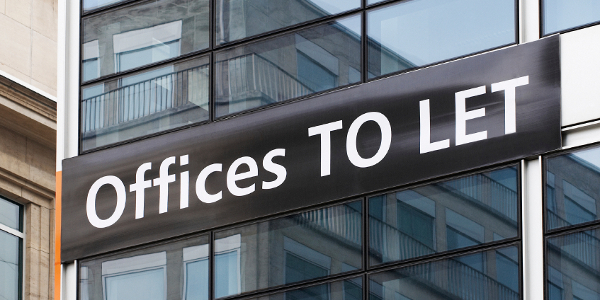 South Africa’s poor economic performance last year – with economic growth at a measly 0.7% for the 12 months ending September 2016 – can be seen in a growing number of office space vacancies.

According to the latest research published by the South African Property Owners Association, the office vacancy rate (currently at 10.7%) is likely to deteriorate further before improving, and is most pronounced in secondary office space.

South Africa’s unemployment rate reached 27.1% in the third quarter of 2016 – the highest it has been since 2004 – while business confidence has also fallen over the last two years. This means business executives and decision makers may be more cautious about allocating capital towards business expansion (such as hiring more staff and opening additional branches).

“Business and financial services capital investment – a leading indicator of office vacancy rate – slumped by 12.3% y/y to September and is as much as 55% off the pre-recession levels of 2008. This raises the probability that office vacancy rates could deteriorate further before improving,” states the research.

Peter Aaronson, a director at 5th Avenue Properties which specialises in commercial rentals and sales, says that less demand for office spaces in areas like Randburg (north-west of Johannesburg) have meant rental levels have remained stagnant in recent years.

“There is nothing driving the market at the moment, the economy is not all that great. It is expensive to move and landlords are offering existing tenants very good deals to stay and to renew their lease.”

Aaronson notes that in some cases landlords are offering tenants rent-free periods and increased allowances for office upgrade.

According to Brad Porter, founder of Flexible Workspace which runs a number of shared office spaces and facilities in Johannesburg, a similar trend can be seen in the shared workspace market. He notes that tenants are becoming more prudent in their decision-making and looking to minimise risk through more flexible lease agreements.

Roulla Kitsopoulos – founder of the co-working space in Johannesburg, Office Hub – says she has witnessed the same with her entrepreneur and SME tenants. Some have now opted to work from home instead to reduce expenditures until business picks up. On the other hand, she has also noticed more demand by companies looking to rent out her boardroom and meeting spaces on a need-be, rather than permanent, basis.

“For example, I have lawyers who have offices in Sandton who come and use [our boardroom] once a week for meetings,” she adds.