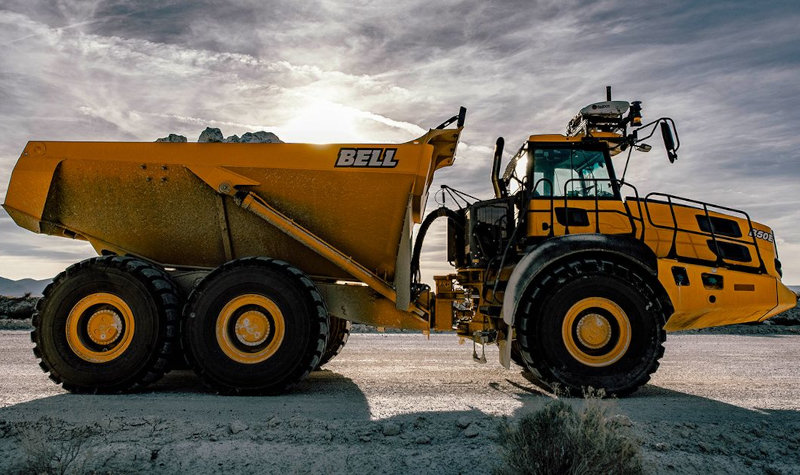 South Africa is making baby, but steady, steps in the adoption and production of autonomous vehicles, with the planned launch of a locally manufactured self-driving articulated dump truck (ADT) on the global market in 2022.

On Monday, Bell Equipment, a South African heavy equipment manufacturer and distributor showcased the autonomous truck at the MINexpo 2021 in Las Vegas, US.

MINExpo is the world’s pre-eminent showcase of mining equipment, services and technologies.

Bell has been working on the interoperability of the self-driving truck with the global ADT specialist and safety and automation technology developer, Pronto AI.

According to Bell, this reinforces the company’s position as “the most affordable autonomous articulated dump truck in the world”.

“Bell Equipment has welcomed the opportunity to work with Pronto AI as it seeks to drive new technology and innovation by achieving interoperability between different control systems and the off-road trucks it produces,” it said on its website.

“Autonomy is achieved on the E-series ADTs by marrying Pronto AI’s plug-and-play hardware and software with the ‘autonomous ready’ platform of the Bell ADT. The result is a fully autonomous standard Bell ADT, able to operate through the load, haul and dump cycle without an operator.”

Significantly, however, is that the self-driving ATDs will also be available for use in South Africa, making the continent’s first production fully unmanned vehicle to hit the road.

Experts expect the truck’s adoption to fuel more vehicular innovations on the continent, the top being electric cars and autonomous mobility.

But there is a caveat. Africa lags behind its European and American peers on road infrastructure development, especially in traffic control systems like basic traffic lights.

Still, observers argue the self-driving cars can be deployed in cities and towns in Africa where road infrastructure is developed.

But much of the continent also lacks regulations on autonomous vehicles, but that could change soon.

In May, the Department of Transport announced plans to introduce new regulations around self-driving cars in South Africa, as it expects autonomous vehicles (AVs) to become a reality in the country in the not too distant future, BussinessTech reported.

In its strategic performance plan for 2021/2022, the department said that these vehicles will move on streets with little or no control by humans.

It added that autonomous vehicles could solve a number of mobility issues for the country – including road safety, social inclusion, emissions and congestion.

“Government is putting in place policy, legislation and strategies to take advantage of the benefits associated with AVs, while also minimising risks and unpremeditated consequences,” it said.

“The new policy, legislation and strategies should provide a welcoming environment for testing and development of AV technology.”

The department said it must ensure it’s in a position to rapidly respond to the regulatory challenges posed by emerging technologies “to ensure their safety, affordability and accessibility”.

With both the regulations and Africa’s first autonomous truck on the way, the continent is staring at its biggest mobility leap ever.